Duterte's drug war in the Philippines 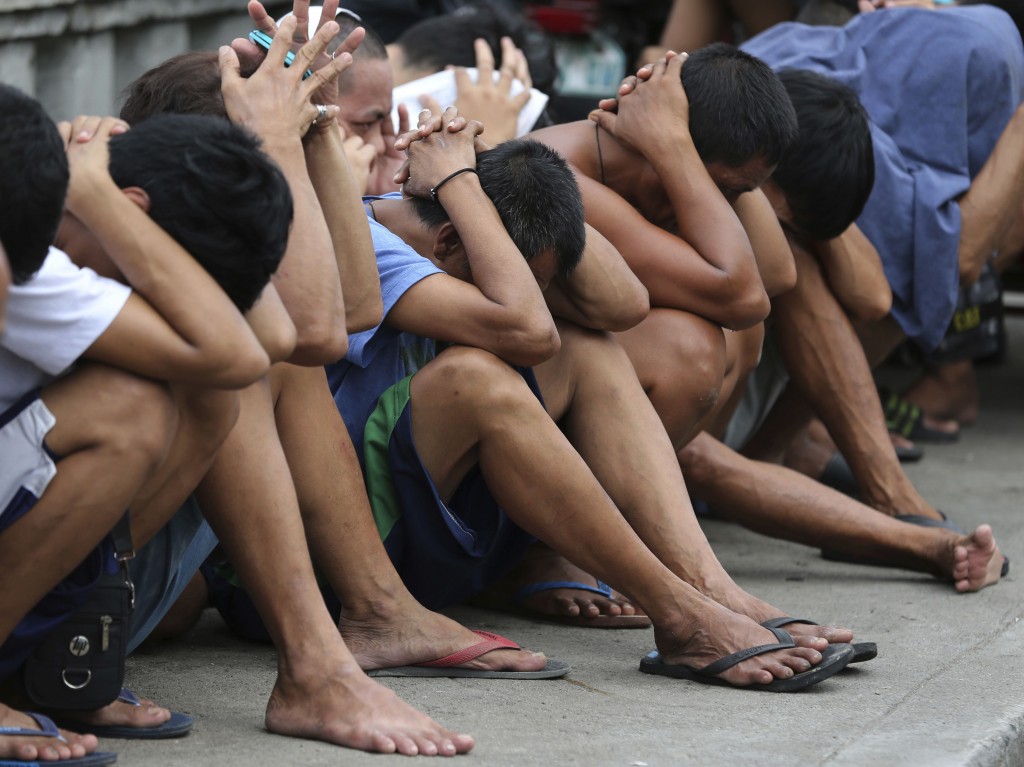 Filipino men wait with their hands over their heads as they are rounded up during a police operation as part of the continuing "War on Drugs" campaign of Philippine President Rodrigo Duterte in Manila, Philippines on Oct. 7, 2016. (AP Photo/Aaron Favila)

The Philippines is in the midst of a spectacularly brutal war on drugs. The man behind it is the President Rodrigo Duterte, who took office June 30.

In Duterte’s first seven weeks on the job, more than 1,800 people were killed by police or vigilante death squads. By one estimate that figure has climbed to nearly 4,000 through mid-October.

Those being killed aren’t just suspected drug traffickers. They’re also ordinary drug users, street children and sometimes people who are just in the wrong place at the wrong time.

On this edition of Global Journalist, a look at the bloodshed and the reasons for Duterte's high approval ratings.

Note: This program is audio-only.