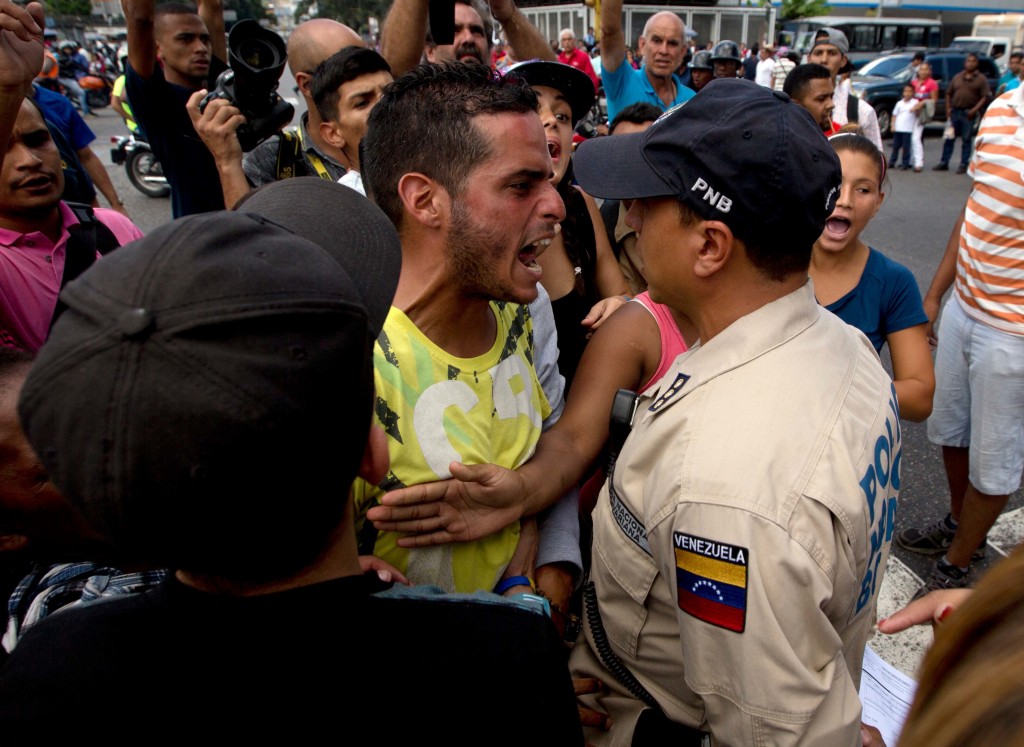 A man waiting in line at a grocery store argues with a Bolivarian National Police officer as he and others wait for food to arrive to the store in Caracas, Venezuela, June 8, 2016. (AP Photo/Fernando Llano)

When you think of humanitarian crises, they’re usually caused by war or some natural disaster like a drought or earthquake.

But in Venezuela today millions of people face shortages of food and medicines for a different reason: the spectacular mismanagement of its economy. By one estimate, Venezuelans spend an average of 35 hours a month standing in lines to buy food. Surgeons lack anesthesia, and according to Bloomberg News, new car and truck sales in the country have declined by 99 percent since 2007.

All of this has led to some big protests against President Nicolás Maduro’s government. Maduro, of course took over after the death of Hugo Chávez in 2013. But his popularity has plunged and the opposition is trying to gather enough signatures to recall him from office.

On this edition of Global Journalist, a look at the escalating crisis in Venezuela.