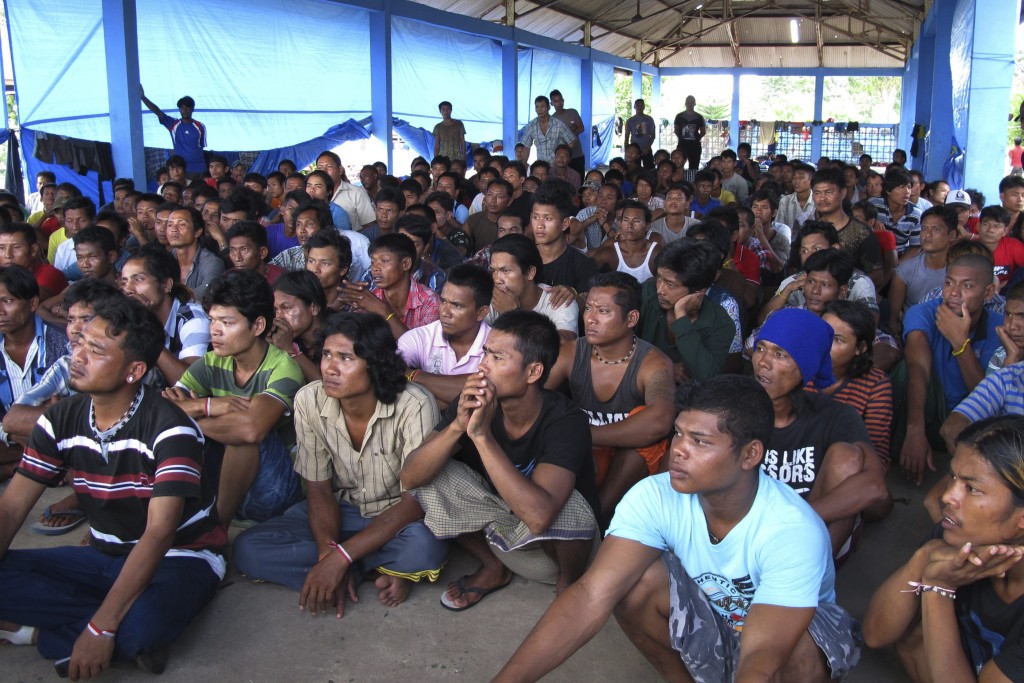 Former fishing slaves who were rescued from Indonesia’s remote island village of Benjina gather at a temporary government-run shelter on the island of Tual, Indonesia, April 20, 2015. (AP Photo/Margie Mason)

Thailand is the world's third-largest exporter of seafood, shipping shrimp, tuna and other fish to supermarket chains and pet food companies in the U.S. and Europe.

But a series of investigations by the Associated Press and other news agencies have highlighted a pervasive problem in the Thai fishing industry: the use of slave labor from people tricked or kidnapped into working at sea. The work of the AP was so dramatic and had such far-reaching impact that it garnered the news agency a Pulitzer prize for public service journalism this year.

On this edition of Global Journalist, a look at slavery at sea in Southeast Asia, and what’s being done to fight it.