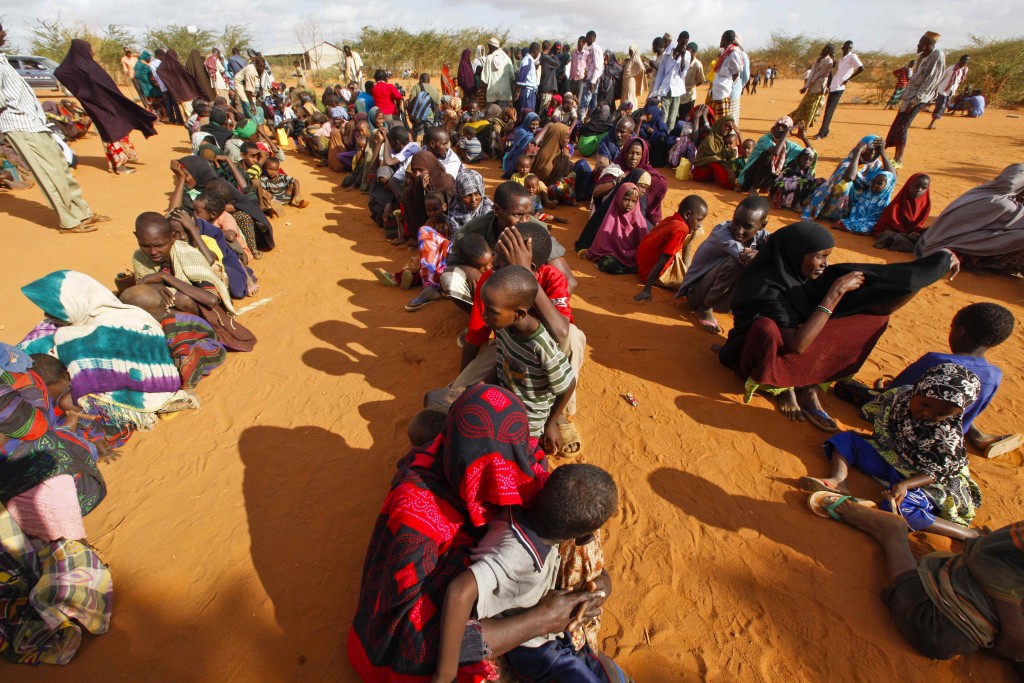 Newly arrived refugees who fled famine-hit Somalia waiting in line at a reception at Ifo camp, one of three camps that make up sprawling Dadaab refugee camp in Dadaab, northeastern Kenya in 2011. (EPA/Dai Kurokawa)

Picture a city of about 300,000 people - something the size of Tampa, Fla. or Riverside, Calif.

Now picture all of those people in this city being told it’s being closed down and they have to move.

That’s what the Kenyan government in East Africa is trying to do with the 340,000 people who live in Dadaab, the world’s largest refugee camp.

Built 24 years ago by the U.N. to house people fleeing Somalia's civil war, many of the people living there today have never set foot in Somalia and don't want to go back.

But Kenya’s government has had enough of hosting them. It says some terror attacks were planned inside the camp by Somalis loyal to the militant group al-Shabaab.

On this edition of Global Journalist, we discuss the difficulties involved in closing a massive refugee camp.