Iranian journalist's sentence reduced as another is jailed 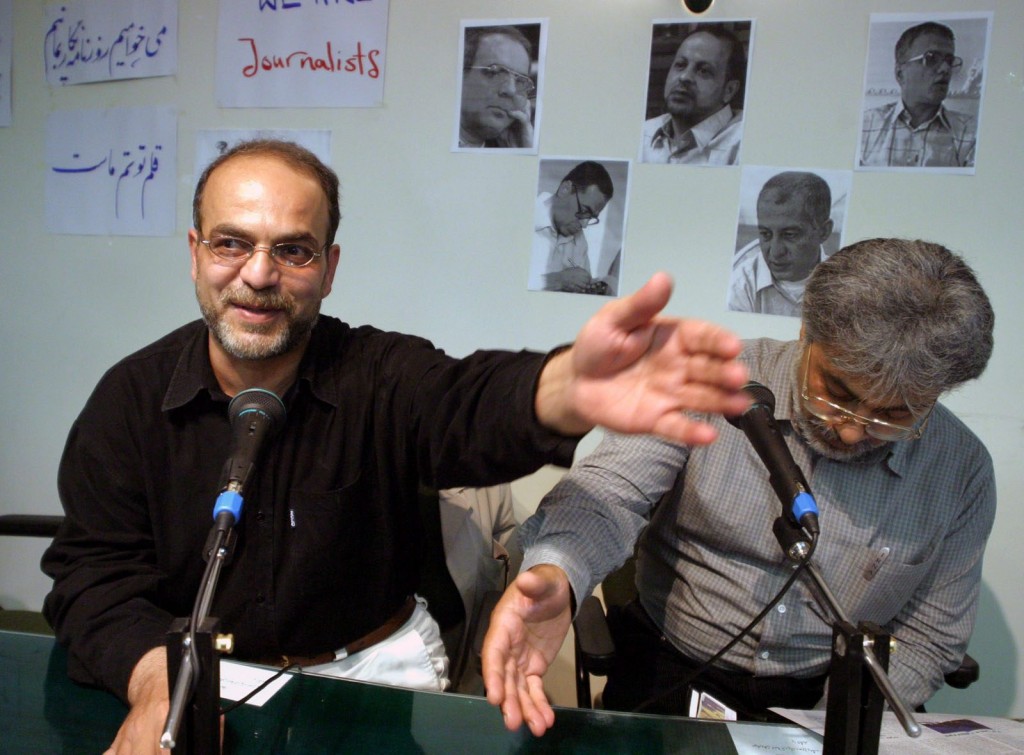 epa000246289 Iranian banned journalists Shamsol Vaezin (L) and Issa Saharkhiz (R) at a protest gathering by pressmen on Saturday 07 August 2004 at Iran?s Press Association in Tehran. Some 150 Iranian journalists, some wearing black armbands, attended the mourning ceremony on Saturday for reformist newspapers closed in a press crackdown by the hardline judiciary. The Association for Press Freedom said almost 100 publications have been closed and nearly 20 journalists and publishers jailed in recent months. EPA/Abedin Taherkenareh

A prison sentence for a pro-reform Iranian journalist has been cut to two years after a ruling by an appeals court in Tehran.

Ehsan Safarzaei, also known as Saman, was arrested along with three other journalists in November and convicted and sentenced in April to five years in prison for colluding against the country's national security, the International Campaign for Human Rights in Iran said on its website, citing his lawyer.

The sentence was reduced by Tehran's Appeals Court on Aug. 15, and Safarzaei could be released in as little as three months for time served and lack of prior convictions, the New York-based group said. Safarzaei wrote for the monthly publication Andisheh Pouya, an outlet considered close to reformist politicians in Iran, according to Human Rights Watch.

The decision came just one week after another prominent Iranian journalist arrested during the November crackdown was sentenced to three years Aug. 8 on similar charges, including insulting government authorities, the Associated Press reported.

Issa Sakarkhiz wrote for the reformist news websites Rooz Online and Norooz and was a founding member of the Association of Iranian Journalists. Saharkhiz’s son, Mehdi, told the Committee to Protect Journalists earlier this year, that he believed his father was arrested because of his reporting ahead of Iran's parliamentary elections in February.

During his imprisonment in Iran's Evin Prison, Sakarkhiz went on a 50-day hunger strike, according to the International Campaign for Human Rights in Iran. His trial had been delayed for health reasons. Saharkhiz had previously spent nearly five years in prison following Iran's disputed 2009 presidential elections.

Iran was ranked 169th of 180 countries in a 2016 press freedom index compiled by the rights group Reporters Without Borders.