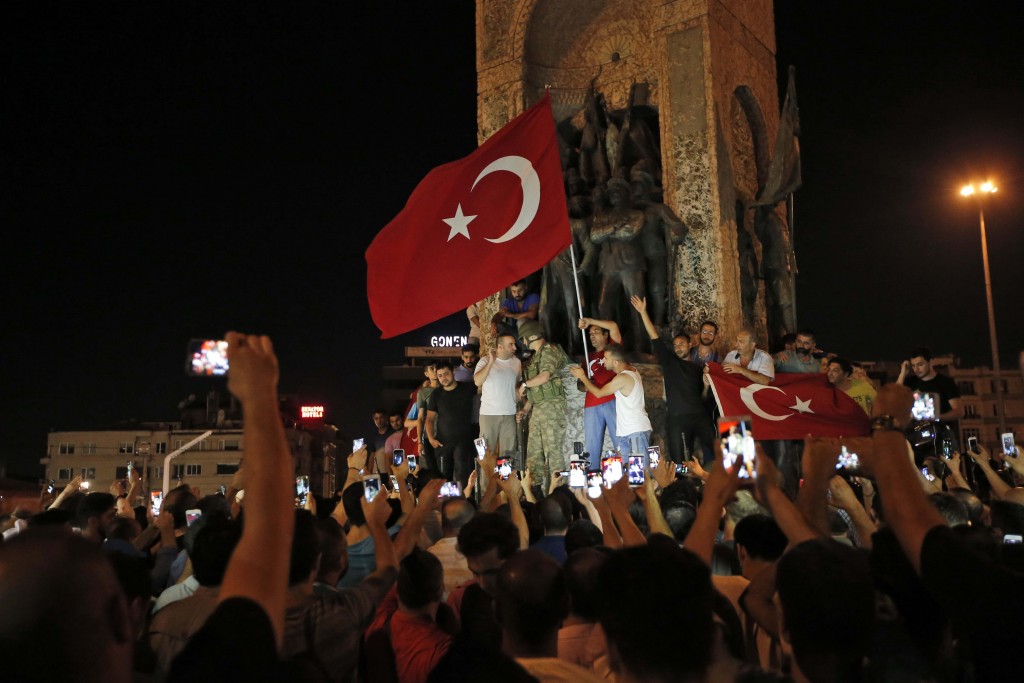 A Turkish photojournalist for a pro-government newspaper was shot and killed and several newsrooms raided during the failed military coup against President Recep Tayyep Erdogan's regime earlier this week.

Mustafa Cambaz, a Turkish photojournalist for the pro-Erdogan Yenisafak newspaper was shot in the head when soldiers opened fire on a crowd in Istanbul July 15, the newspaper said on its website.

The military faction also took over the state broadcaster, Turkish Radio and Television (TRT), and forced anchor Tijen Karas to read a statement at gunpoint, declaring that thee military had seized power from President Erdogan.

“They tied our hands from behind and told us not to ask any questions. They took us to a closed room except for three or five people who were to make the broadcast,” Karas said, according to Turkey's Samaa TV.

Pro-coup soldiers then raided Dogan Media Group, home to several media outlets including CNN Turk and the Hürriyet newspaper. CNN Turk’s editors and directors were forced to leave the newsroom and stopped broadcasting for almost an hour.

CNN Turk’s live Facebook stream showed an empty studio with the sounds of gunfire and explosions.

CNN Türk Gen Dir @aktaserdogan reports civs from outside have entered the building and there is a struggle ongoing. pic.twitter.com/gppPVANL3R

Both TRT and CNN Turk returned to broadcasting soon after the coup was quashed July 16 and the rebellious soldiers arrested.

The attempted coup left 290 people killed and more than 1,440 wounded. More than 6,000 people, including high-ranking military members and judges, have been arrested or detained by the government.

Since then, Erdogan's government has cancelled the licenses of all broadcasting stations affiliated with the banned Hizmet movement and exiled preacher Fethullah Gülen, according to the Committee to Protect Journalists.

In addition, at least 12 news websites have been blocked by the government and 60 journalists fired from the Cihan news agency. The New York-based press freedom group also reported on fears of a "black-list" of Turkish reporters slated to be arrested by Erdogan's government in the coming weeks.