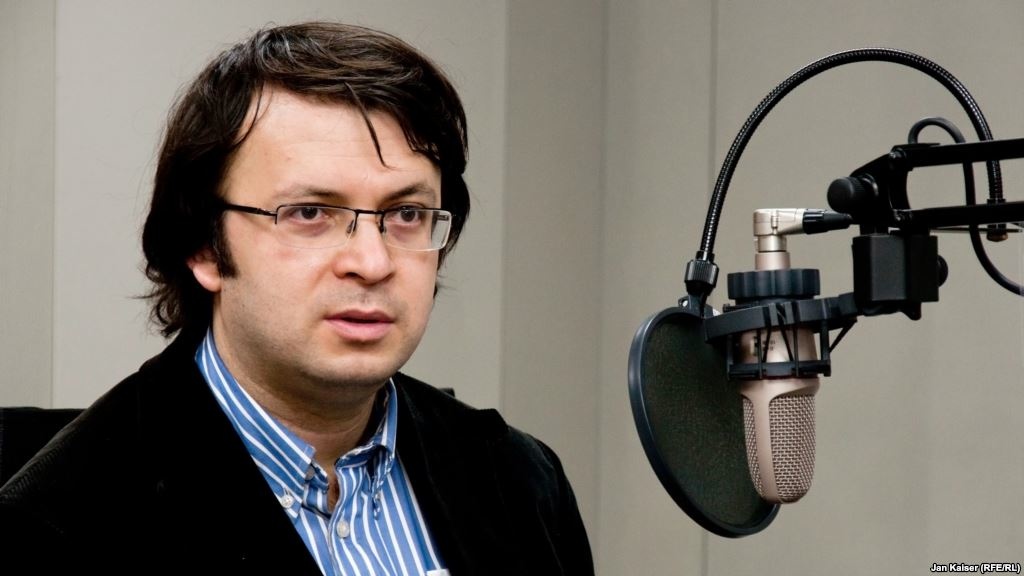 "The legal system is not working. Or it is working but as a toy of the government."

Emin Milli once planned to become a lawyer in his native Azerbaijan.

"Very fast I realized that I could not be a lawyer in a country where the law was not working at all," he says.

Instead, after attending school in Germany he became a blogger in a country where freedom of expression is unknown.

Along with colleague Adnan Hajizada, Milli became well-known in 2009 after the duo produced a video mocking President Ilham Aliyev for reportedly spending 42,000 Euros to purchase two donkeys from Germany. The satirical video featured a person in a donkey costume giving a press conference and playing the violin to demonstrate why he was so valuable.

Such criticism is hardly welcome in oil-rich Azerbaijan, which has been run with an iron fist by President Ilham Aliyev since he took over from his father Heydar, a former KGB officer, in 2003. The country ranks fifth on the Committee to Protect Journalists annual list of most-censored countries, ahead of Cuba, Iran and China.

Shortly after the video appeared, Milli and Hajizada were in a cafe in the capital Baku when Milli says they were attacked by two strangers. When Milli and Hajizada reported the attack to the police, they were arrested on charges of "hooliganism" and their attackers set free. Both bloggers were jailed for 17 months for a fight Human Rights Watch said "appeared to have been staged to provide grounds for a bogus case" against them.

After his release, Milli left Azerbaijan and made his way back to Germany. Today he runs an independent Azerbaijani news site called Meydan TV from Berlin that gathers news about the country from a network of professional and citizen journalists.

But moving to Germany hasn't ended Milli's problems with Aliyev's regime. After he was openly critical of Azerbaijan hosting the 2015 European Games, Azerbaijan's sports minister, Azad Rahimov, allegedly threatened him through an intermediary. "You will get punished for this," the message said. "You will not be able to walk freely in Berlin or anywhere else."

Shortly after the threat, 23 of Milli's family members were apparently coerced into sending President Aliyev a letter denouncing Milli for "dirty writings" and "spreading false information." A brother-in-law who did not sign the letter was arrested on drugs charges Milli says are bogus.

Milli spoke recently with Global Journalist's Zivile Raskauskaite about the importance of independent media in Azerbaijan, the government's threats and the future of media in the South Caucasus nation. Global Journalist: Why run an Azerbaijani news site from Germany?

Milli: I wanted to do independent media and I saw the only way of doing it was to do it from abroad, from a country where you have the rule of law and where the police are not attacking you, but actually can protect you. And if you come to the police they will not put you in jail as a drug dealer or a hooligan. That's very important to have this basic legal environment, a bank account and offices that can more or less be protected.

GJ: What was your motivation for founding Meydan TV?

Milli: I believe that with reliable information active members of society can make decisions to change their countries in a democratic and positive way. Political parties, activists and active citizens need a reliable source of information, which is not propaganda, which is not pro-government nor pro-opposition, but which is purely serving the goal of informing people.

GJ: What threats have you faced from the Azerbaijani government for your current work?

Milli: The government has sent me a personal death threat through the Ministry of Sport after the [2015] European Games. We had been very successful in uncovering some stories the government felt very uncomfortable with. They were picked up by international media and they went global and viral. That makes the government nervous. Milli says Azerbaijani Minister of Youth and Sports Azad Rahimov, pictured above in 2015, threatened him over coverage of the 2015 European Games. (AP Photo/Dmitry Lovetsky)

During the European Games the government spent $1.2 billion...unofficially it's maybe several billions. When they spent so much money...they got very angry and they sent this death threat to me in Berlin.

[Also] there is right now a criminal investigation against Meydan TV which they [the government] launched secretly, we learned about it by a coincidence. Usually they do it openly, they declare it on television. But in our case...our lawyers just learned about it in an email exchange with the prosecutor's office.

They come up with charges of tax evasion, abuse of power and abuse of power resulting in falsification of elections and referendum results, which I found absolutely hilarious. They're similar charges to those raised against [investigative journalist] Khadija Ismayilova. The legal system is not working. Or it is working but as a toy of the government.

GJ: Khadija Ismayilova was recently released after a year and a half in jail. Is this a sign of change in Azerbaijan's media policy? Unfortunately we have lost a lot of space for freedom in Azerbaijan. We've got so much closer to Turkmenistan and Uzbekistan in a sense that we as media have great difficulties finding people or experts who would be willing to talk on Meydan TV just to express views...The government managed to scare a lot of people in Azerbaijan, to shut down a lot of organizations. I don't think that we can talk about any sort of new trend or some sort of positive development. After the release of political prisoners, after Khadija's release, there have been new arrests already. We are getting more and more closed as a society.

GJ: Is one of the goals of Meydan TV regime change in Azerbaijan?

Milli: We, as a Meydan TV, have never had a goal to organize a coup d'état or to fight against the regime. Our motivation and our values are very clear. We are reporting about issues that mainstream media is ignoring and we are covering issues in the ways through the social media to engage the public in wide-ranging debates.

We are purely a media organization, nothing more and nothing less. But it scares the government and this is a fact...we are media and we are going to do our job no matter what. They need to build up a system of governance where independent journalism wouldn't be a threat to them. So it's not our problem that they see us as a threat.