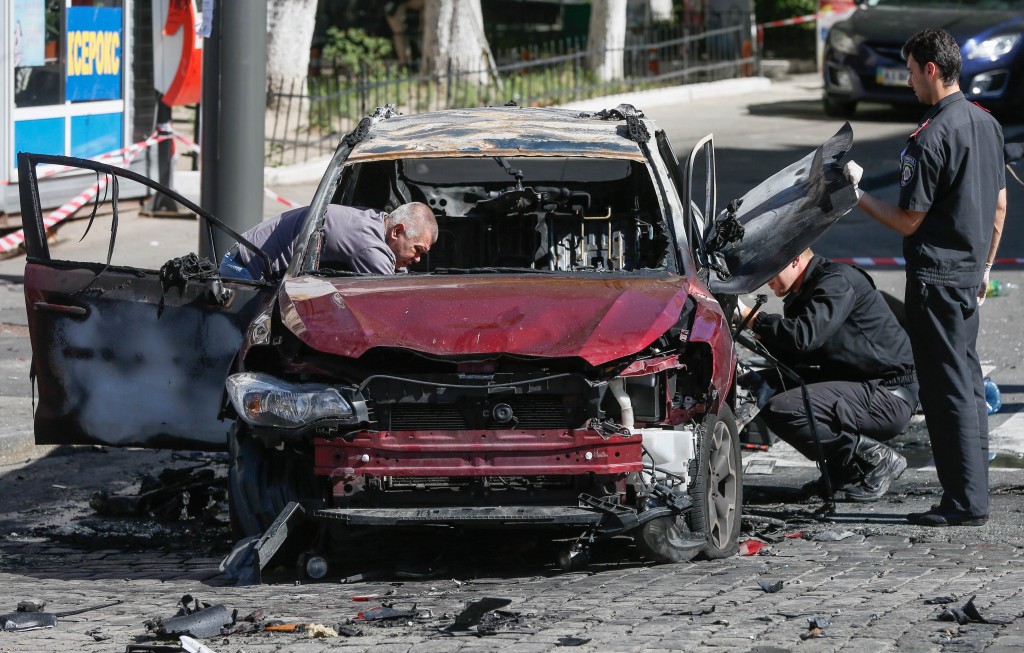 A prominent journalist and critic of the Russian and Belarusian governments has been killed in a car-bombing in the Ukrainian capital Kiev, a year after he reported being threatened during a visit to Moscow.

Pavel Sheremet, 44, a radio host on Ukraine's Radio Vesti and reporter for the online site Ukrainska Pravda, died July 20 after an explosive device containing about a half kilogram of TNT detonated while he was en route to host his morning radio show, news outlets including the Kyiv Post said.  Sheremet was driving a car owned by his girlfriend, Olena Prytula, the owner of Ukrainska Pravda.

Ukraine President Petro Poroshenko said the killing was an attempt to destabilize Ukraine and requested help in investigating the killing from the U.S. Federal Bureau of Investigation and the European Union, according to a statement on his website.

Originally from Belarus, Sheremet was an out-spoken critic of the Belarusian and Russian governments. He was jailed for three months in Belarus for “illegally crossing the border between Belarus and Lithuania” in 1997 when working for Russian Public Television.

The Belarusian government then stripped his citizenship and he was given citizenship in Russia. He worked in Russia until 2008 before moving to Ukraine and writing for Ukrainska Pravda, whose founder, Georgy Gongadze, was abducted and killed in 2000.

In an interview in October, Sheremet told Reuters he no longer felt safe in Moscow after receiving frequent threats. A spokesman for Russia's government condemned the killing, the news agency said.

Sheremet was a friend of slain Russian opposition leader Borist Nemtsov and supported the 2014 movement in Ukraine that ousted pro-Russian President Viktor Yanukovych. Ukraine's interior minister said the government was investigating personal conflicts as well as the involvement of Russia's secret services in the killing, according to the Guardian.

Sheremet was awarded the Committee to Protect Journalist press freedom award in 1998 and the Organization for Security and Co-operation in Europe’s Prize for Journalism and Democracy in 2001.