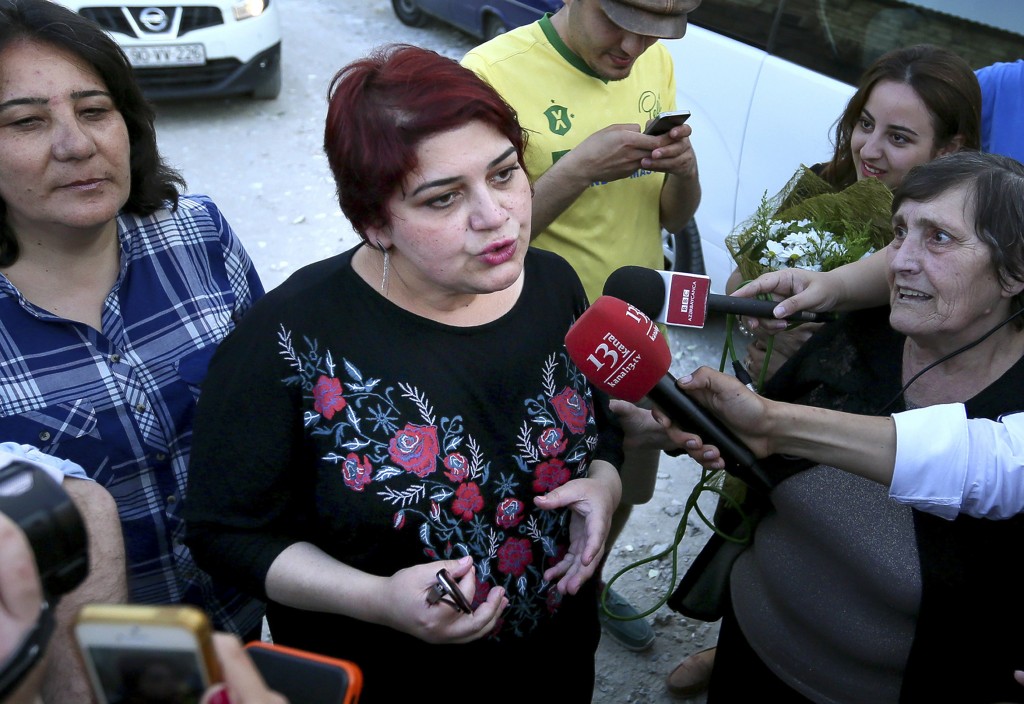 Khadija Ismayilova, center, a reporter for Radio Free Europe/Radio Liberty, who has become a symbol of defiance, praised by human rights and free-speech organizations around the world, speaks to journalists right after she has been released in Baku, Azerbaijan, May 25, 2016. (AP Photo/ Aziz Karimov)

Under President Ilham Aliyev, the economy of Azerbaijan has expanded spectacularly. An oil boom has fueled a 10 fold increase in the size of its economy since he took power in 2003.

But under Aliyev, the country of 10 million has been one of the hardest and cruelest places in the world for journalists. According to Freedom House, Azerbaijan’s government has used spurious charges to jail journalists and human rights activists. Disseminating information that harms the “honor and dignity” of Aliyev is a criminal offense. Journalists’ telephone calls and internet activity are regularly surveilled.

Most notoriously, it tried to embarrass the well-known investigative reporter Khadija Ismayilova by secretly recording and leaking a sex tape of her and her boyfriend in her apartment. When that failed to silence her reporting on issues like the Aliyev family’s business interests, she was jailed in 2014 and later convicted of tax evasion, abuse of power and illegal business activity.

She was recently released this year, as were a number of other political prisoners. On this edition of Global Journalist, a look at whether the release of her and others is this a new dawn for free expression in Azerbaijan.