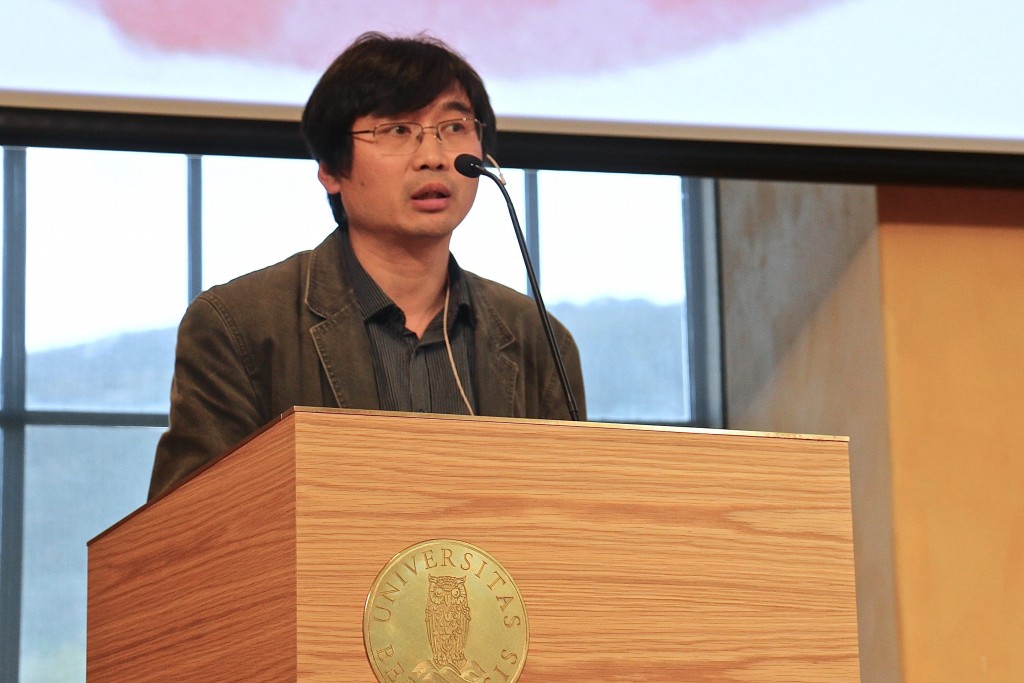 "I will never give in. I cut contact with my family because I love them."

On March 19, the exiled Chinese journalist Zhang Ping wrote an article for the website of Deutsche Welle criticizing the detention of fellow writer  Jia Jia.

Jia's detention without charge was a "kidnapping," wrote Ping, who is better known by his pen name of Chang Ping. Jia was released days later, but Ping, who lives in Dusseldorf, Germany with his wife and 5-year-old daugher, soon got a more personal view of the practice.

On March 27,  his two younger brothers and a sister were detained without charge by police in a small town in China's Sichuan province. The move was an apparent retaliation for Ping's article about Jia, and came during a crackdown on dissidents and their relatives following the online publication of an anonymous letter from "loyal party members" calling for President Xi Jinping to resign.

Ping's family were released days later. But the incident is hardly the first time the 47-year-old columnist has sparred with Chinese authorities. A former news director and political commentator at Guangzhou-based Southern Weekend, once one of the most influential newspapers in China, Ping was removed or blocked from a number of media jobs in China for his views. In 2011, he fled the country and has made a new life in Europe.

He spoke with Global Journalist about his evolution as a journalist and the toll on his family that has come with being a dissident. Global Journalist: How did you become a journalist?

Zhang Ping: When I was at Sichuan University in 1987, I fell in love with literature. I subscribed to many magazines such as Harvest and People's Literature. I read the classics of world literature and contemporary Chinese fiction.

These books deeply inspired me and opened a world of sociology, philosophy and literature. My friends and I were fascinated by Western philosophy in particular, especially Heidegger and Sartre. No matter what your major was, you were interested in Western philosophy. I was an adventurous reader and loved writing. When I was in college, I frequently contributed to multiple publications, some of which were fairly well known. I wrote poems and fiction.

...Getting into journalism was a coincidence. After college, my friends and I started some small newspapers to make a living. However, they ended up quite successful and popular among the public.

The very first newspaper was about economy. We also wrote investigative pieces, which I believe are pretty decent even by current journalistic standards. Then, I got more interested in the content than the business. I wanted to create quality stories and make a difference.

GJ: What challenges did you face when you worked as a journalist in China?

Zhang: For  years, I’ve worked as a journalist in China, and many of my articles that advocate for freedom of speech have irritated the authorities. In 2001, I was forced to leave Southern Weekend. Then I became deputy editor of Southern Metropolis Weekly, but was sacked in 2008 after publishing an article urging the government to allow more press freedom in covering Tibetan riots in 2008. I was banned from print in mainland China but retained a research position. Despite all that, I continued writing columns for other publications. Writing and being outspoken have been a part of my nature.

GJ: How did you make your way to Germany?

Zhang: In 2011, I was eventually fired by the Southern Daily Group [the parent company of Southern Weekend and some other well-known newspapers]. At the time, no mainland media group was willing or daring enough to hire me. Later, I turned to Hong Kong by becoming chief editor of iSun Affairs, a newly-launched Hong Kong-based news magazine. But I was denied a [Hong Kong] work visa.

Later in 2011, I and my wife and five-year-old daughter traveled to Germany on a fellowship and we have lived there ever since.

[For a time] we lived at the Heinrich Böll House at Langenbroich [near Cologne], which is the former residence of Nobel Prize winner Heinrich Böll and now a workplace for persecuted artists and writers.

GJ: What was the hardest thing about leaving China?

Zhang: For a time, I was angry every time I thought about China. My daughter is only five-years-old, but she isn't able to travel home like other Chinese children. To her, not being able to go home seems like a punishment. The cruelest thing is that she doesn’t have a choice. I live in freedom here. I don’t have to worry about the police and censors, but I’ve paid a high price for that. I’ve simply cut off my family and friends in China from my life. Now, the police are not able to get me, but they harass my family. They kidnapped my brothers on my father’s birthday and charged them with arson. They kept them in custody as a threat against me, hoping to silence me. But I will never give in. I cut contact with my family because I love them.

GJ: Do you think some day it will be safe for you to return?

Zhang: Since Mr. Xi took the helm in 2012, there are more journalists imprisoned in China than in any other country. I used to be more optimistic about Chinese journalism and press freedom. But now, I’m more pessimistic. I will go back if I’m allowed to. For now, I don’t see that it’s possible.

Correction: An earlier version of this story stated that Zhang and his family still live at the Heinrich Böll House. He and his family left the house in 2012 and now live in Dusseldorf.