The debate over government transparency 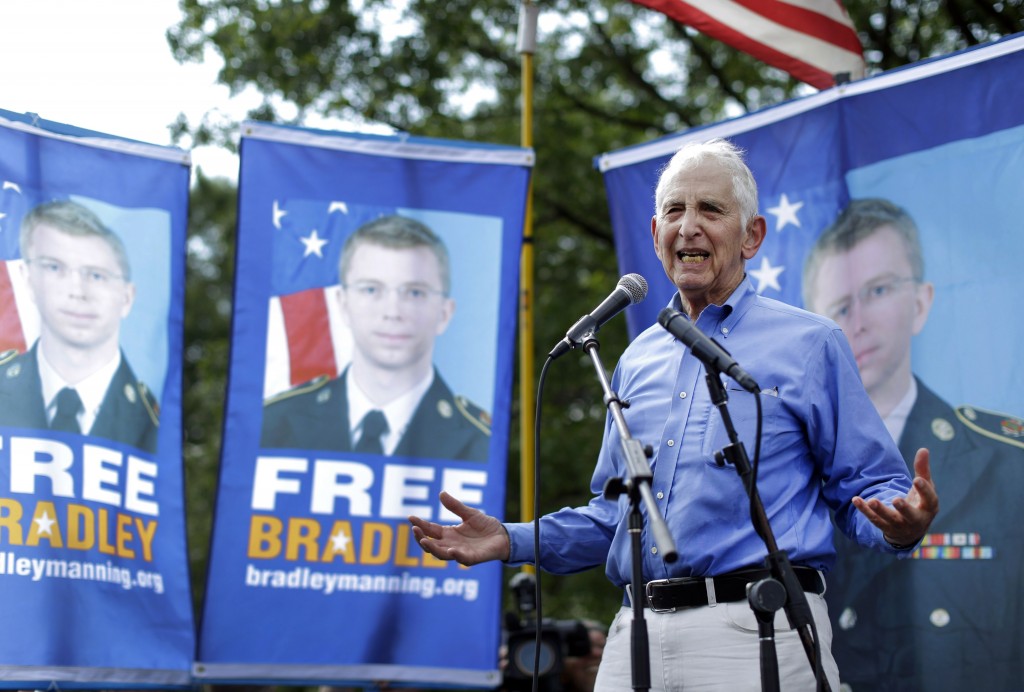 Daniel Ellsberg, the whistleblower responsible for releasing the Pentagon Papers, speaks during a rally in support of Army Pfc. Bradley Manning outside the gates of Fort Meade, Md, June 1, 2013. (AP Photo/Patrick Semansky, File)

The United States is an open society with an open system of government. That means the press and ordinary people have the right to scrutinize how our leaders make decisions.

The idea is that when government officials make poor choices or act purely in their own self-interest, their actions are brought to light.

Beyond issues of imminent threats to national security, there is an ongoing debate over how much government business should be conducted in the open. How many meetings by agencies like the FDA or the FCC should be held in public? How many government records should be accessible to anyone who requests them? And when does having the cameras rolling encourage politicians to grandstand rather than compromise?

On a special edition of Global Journalist, we bring you a debate on government transparency.