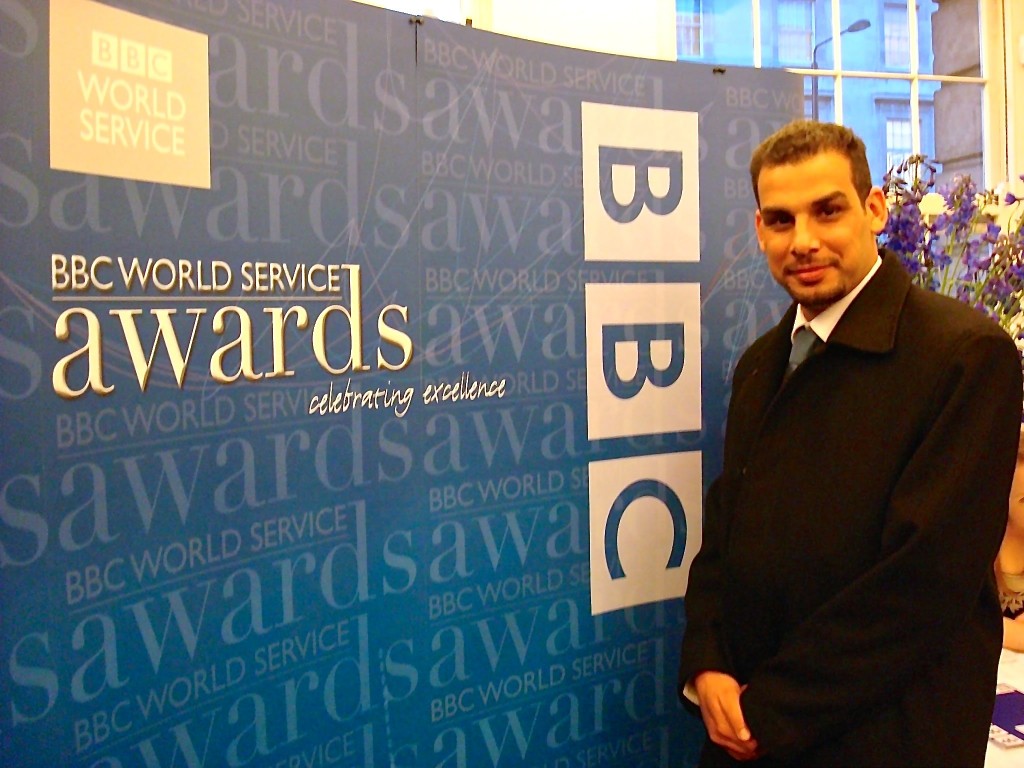 "They consider us traitors, spies. I was worried about my children."

Qais Najim spent more than a decade as a cameraman and editor for the BBC in his native Iraq, where he covered the U.S.-British invasion and ensuing civil war. But when he needed help from the BBC and the British government after he and his family were threatened for his work, Najim says they failed to provide adequate aid.

In 2013, threats forced Najim to flee his home in Baghdad, leaving his pregnant wife and son and most of his belongings in hopes of finding safety in the United Kingdom. But since then, Najim has struggled with poverty, homelessness, post-traumatic stress disorder as well as guilt over temporarily leaving his family in Baghdad. Iraq is one of the most dangerous places in the world for journalists. Since U.S. troops invaded in 2003, more than 170 journalists and media workers have been killed in the country. Yet Najim's efforts to gain asylum have come as the U.K. and other European states are receiving the highest number of asylum seekers and refugees in their history, straining their ability to integrate new arrivals.

Today Najim and his family live in safety in the city of Bristol. Najim does freelance video work, including occasional jobs for BBC Points West, a regional news program that covers southwestern England.

With his family living in a homeless shelter, he still harbors resentment for how the network treated him during his efforts to gain asylum. For its part, the BBC says it made "considerable effort" to support him, including sending a team to manage risks to him in Baghdad and offering to relocate him to another country.

Najim spoke with Global Journalist's Aaron Pellish about escaping Iraq, his relationship with the BBC and the challenges of building a stable life in the U.K.

Global Journalist: How was your work in Iraq difficult?

Most of the stories we have done are not happy stories [for] others. People there believe in violence – all the sects. There is no guarantee for your life. We've been threatened a lot because of stories we've done...but the last threat against me was personal. And that's why I decided to leave the country as soon as possible for the safety of my family and myself.

GJ: What led to this threat?

Najim: Iraq is under different types of threats from different sects. We had been a little tough on all of them about what's happening to Iraqi citizens. The last story [we did] is about jailing people unjustly. One militia, they were involved in jailing people unjustly, sending them to death by [extrajudicial] execution. And that story is what affected myself and my family.

The direct threat came to my door. I can't tell the details about [the militia] because of the safety of my other family members in Iraq.

Najim: My wife was pregnant, seven months. She'd got a kind of sickness...where she faints all the time. So I took a doctor's advice to go see a heart specialist. We decided to go to the north of Iraq where it's a little bit safe and [there are] professional doctors.

We travelled for one week, and when we came back from that trip, I found a piece of paper with a couple of bullet [holes], threatening me and threatening my child, my boy, and they were watching the house but they couldn't find us. And they decided to kill me and kill my child.

So I left for my family's house and I asked for my brother's protection because it looks like there are people who are not happy with what we've done in our stories. [Then] we decided to take my family to another place, a third place, and I stayed for one night outside of Baghdad. The next day, Dec. 10, 2013, I [flew to London's] Gatwick Airport. Iraq is among the most dangerous countries in the world for journalists. Above, the coffin of Iraqi journalist Riyadh Al-Sarai during his funeral procession in Baghdad, Sept. 7, 2010. Unknown gunmen in a speedy car intercepted the car of al-Sarai in Harithiya area of Baghdad and killed him by silenced pistols. (AP Photo/Khalid Mohammed)

Najim: I had a visa for two years, I'd been to England a couple of times. This valid visa helped me to come, just me, to England, and I asked the government and the Home Office to help me and help my family to get them out as soon as possible. So I told them the story and I gave them some evidence with pictures and some certificates and other stuff, and they kept me for one year as an asylum seeker.

The first two months, I was crying all the time and screaming. I remember in the first two or three weeks, because I don't know how the system works in getting asylum here, I was screaming in Croydon [where the U.K. Home Office immigration office is located] asking for help, they just weren't listening to what I was suffering from. I was really worried about my family.

I tried to explain to them: "There is a whole family in danger there, and if you don't act quickly, they will die."

At the same time, I asked for help from my employer [the BBC] but I didn't get any serious help from them. So I wasn't happy, to be honest.

GJ: What about your family?

Najim: After one year, I did a process called reunion, which took me about four or five months. Then my family joined me last year and all of them are safe now, but we are struggling. We are homeless for one year, in a hostel. I couldn't find any house, I couldn't find any job here. I'm a little bit depressed for the children. The only good thing is the children are in school at the moment. I'm doing some freelance work with BBC Points West, but it's not that great because I'm working once a week or twice in two weeks. It's not my idea of being stable, but at least they are safe.

And that's my life. But the process isn't that great, to be honest, the process of getting those who help the British government and the BBC, to get them out in case something happens to them. But I feel lucky because I got out before I'm killed, or one of my family [is].

[Editor's note, update May 26: In a statement e-mailed from BBC spokesman Paul Rasmussen, the network says that while Najim's asylum application was pending, U.K. law barred it from offering him work.]

GJ: When you look back on your life in Iraq, are you happy with the path you've chosen?

Najim: I [never] thought for one day to come to England or ask for asylum, but if we talk about your safety and your life, there are no options. I had a nice job. I had a nice car and a nice house, and every week I used to go to restaurants, have fun, visit family. I didn't think for a moment of leaving Iraq.

GJ: Have you thought about going back?

Najim: I'm not allowed to go back. I can't guarantee my safety if I go back. People like me are mostly wanted by armed [groups]. They consider us traitors, spies. I was worried about my children.

I call my mom [in Iraq]. She's about 70. I miss her so much, to be honest. We're going to arrange to see each other in a third country. I don't know when, but I'm waiting for stability first, to get a place to live. Then I can see my mom at least.