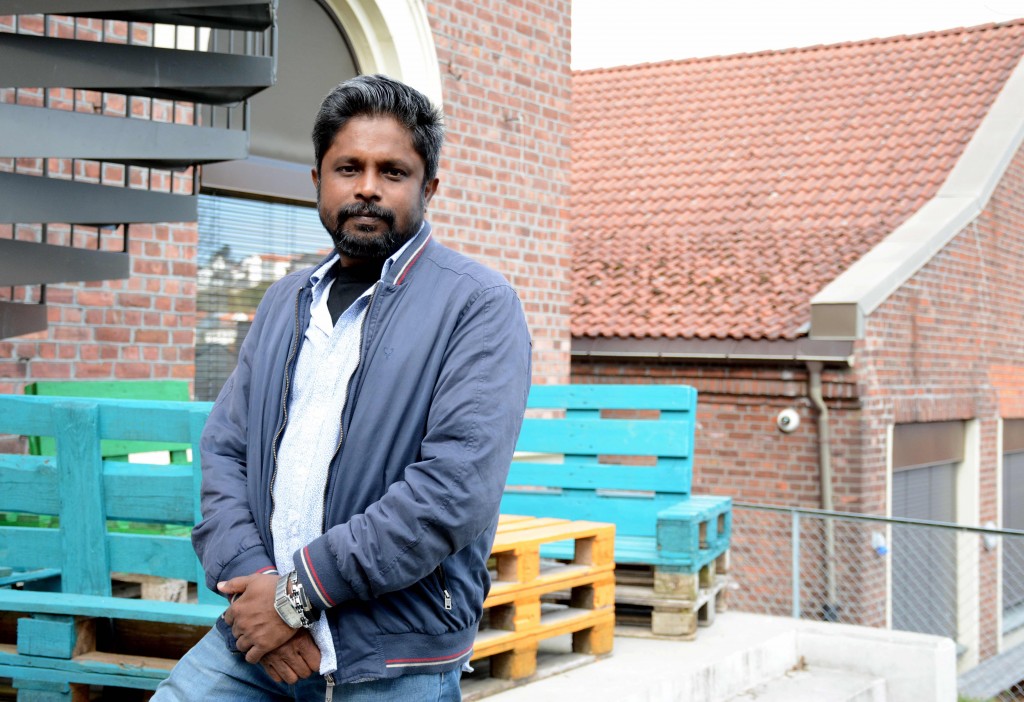 "I was trying to avoid that killer group, but at last I failed to avoid them."

Ahmedur Rashid Chowdhury was one of the lucky ones. Since 2013, at least 11 liberal Bangladeshi journalists, activists and bloggers have been hacked to death by Islamic extremists armed with knives – often in public.

Chowdhury, who also goes by Tutul, is the founder and owner of Shuddhashar, one of the most important publishing houses in the South Asian nation. Opened in 2004, Shuddhashar has published a number of prominent books about atheism and rationalist thought by writers including Ananta Bijoy Das and Avijit Roy, both of whom were hacked to death in public last year. The attacks have come at a time of growing ideological conflict between secularists and Islamists in Bangladesh, tension that has been inflamed by a controversial war crimes tribunal probing atrocities committed by Islamists during Bangladesh's 1971 war of independence from Pakistan. Though there have been arrests in some cases, including in the April killing of a gay rights activist and magazine editor, it remains unclear what groups are responsible for many of the attacks. Local affiliates of al-Qaida and the Islamic State have claimed responsibility in some incidents, but just one case has been prosecuted since 2013.

Shortly after Roy was killed in February 2015, Chowdhury received his first threat. In October, men armed with knives and a gun stormed  his office in the capital Dhaka. Chowdhury was hospitalized with knife wounds, and the attack was later claimed by Ansar al-Islam, a Bangladeshi offshoot of al-Qaida.There have been no arrests in the case.

With the help of a writer's aid group called International Cities of Refuge Network, Chowdhury fled with his family to Skien, Norway, a city of  50,000 people about 65 miles (105 km) southwest of Oslo. Now 43, he recently spoke with Global Journalist’s Riley Beggin about  the harrowing attack and the effort to intimidate Bangladesh's secularists into silence.

Global Journalist: How did you become a publisher?

Chowdhury: I am actually a publisher, a poet and a blogger…In my home we didn’t have many children’s books, but we had many about politics and literature. So I read those books. When I was a first-year student in college, I heard about the literature magazine concept. I was going somewhere, riding on a bicycle, when I came up with the Shuddhashar name. I started publishing a little magazine of this name…in December 1990 with poems of all young poets. In 2004, I began to publish the books of writers from the Shuddhashar group and other young writers.

GJ: When did Shuddhashar start drawing attention from religious extremists?

Chowdhury: Shuddhashar began to get the eye of a number of interested young readers of the scientific mystery of life, and word started to increase in Bangladesh. Many young people started to write about this, lots of blog sites were created. We could not publish everyone’s books because of limited capability, but we have been able to make other publishers interested in publishing the books of freethinking and young writers.

We could see and feel that there was a sign of a changing state, the national mentality. But there is an Islamic group that could not take this silent change, and they started trying to stop it. They did meetings, strikes, gave threats publicly, and publicly announced the list of names to kill them. They even personally mailed, gave letters to target peoples by threatening them. And this time the silence of government is the biggest insecurity of the freethinkers…This has been the situation for the last two or three years. A November protest in Bangladesh after the killing of Faisal Arefin Deepan, a publisher of secular books. (AP Photo/ A.M. Ahad)

GJ: Did you get a threat yourself?

Chowdhury: Yes. After Avijit Roy’s murder, I saw my first threat online. I went to the police and I informed them. I filed with the police station for my security. But they also said the same thing, “Bangladesh is not a place for freethinking.”

GJ: What was it like trying to work under those conditions?

GJ: What happened the day of the attack?

Chowdhury: That day I went to my office at 11 a.m., and then after that at 12:30 two writers, Ranadipam Basu and Tareq Rahim, came to my office and we had lunch together. We discussed some future books, and we were talking about the next book fair.

I think it was 2:30 p.m. when some boys knocked on my office door. One of my staff asked them why they came, and they said that they wanted to buy some books. After that, one boy opened his firearms, and my two staff were cornered to my office reception area. Two boys came in my room and they showed sharp weapons. One boy attacked me, saying “Allahu Akbar.”

Then, after that, I actually do not remember anything. But I heard from Basu that they tried to shoot me. But Basu kicked a chair at the firearm holder, and by that the target was missed. Anyhow, luckily I survived.

GJ: When did you decide to leave Bangladesh?

Chowdhury: In March 2015, another blogger Oyasiqur Rahman was killed. And in April, Ananta Bijoy Das was killed. I published Das’ first book, and after his killing I felt afraid. At that time, I was frequently getting some mysterious phone calls. My friends gave me the suggestion to escape the country, so I applied to the Swedish embassy for asylum, but they refused me. Then, after some of my friends gave me the suggestion of ICORN, last year in August I applied. In October, I was attacked. When I was in the hospital my application got approved.

GJ: How did you get to Norway?

Chowdhury: When I was released from the hospital, I didn’t get any proper shelter in my country because me and my family always felt some groups were trying to follow us…We went to Nepal temporarily. From Nepal we got our visa, and after two and a half months we had to go back to Bangladesh for 24 hours, and then we got the next flight to Oslo.

GJ: Are you working now?

Chowdhury: No, I’m not involved in any work. But I want to establish Shuddhashar outside Bangladesh, and if I get a chance and I can get registration in Norway, then I want to try. Already me and some friends are working on this. I want to run this publication house again.