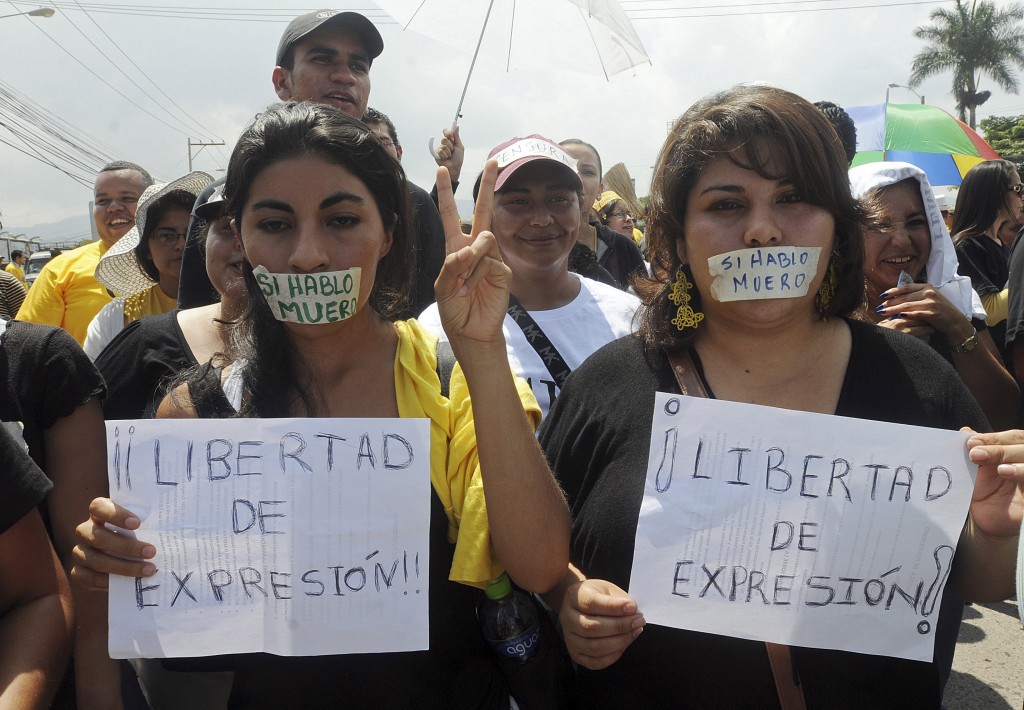 Journalists and protesters march with their mouths taped shut that read in Spanish "If I speak I die" and hold signs that read "Freedom of expression!" as they protest violence against members of the media in the capital city of Tegucigalpa, Honduras, Friday, May 25, 2012. Journalists protested the murder of Honduran radio journalist Angel Alfredo Villatoro just last week and other recent attacks on the local media. According to the Committee to Protect Journalists, CPJ, Honduras is one of the most dangerous countries in the region for journalists. (AP Photo/Fernando Antonio)

A Honduran radio journalist known for his outspoken criticism of the government has survived two attacks in a single day.

Felix Molina, the host of the pro-democracy program Resistencias, was traveling in a taxi in the capital Tegucigalpa during both incidents on May 2. The first occurred when the taxi was waiting at a light, according to Molina's Facebook post recounting the incident. A man and a woman pulled up on a motorcycle. The man demanded Molina's phone and told the woman to shoot Molina, who escaped when his cab driver drove away.

The second incident occurred in the evening when Molina was returning from hosting his radio show by taxi.  Two men on a motorcycle approached the vehicle and opened fire. He was hit in both his legs and was taken to the University Teaching Hospital for treatment, according to the Latin American Herald Tribune.

Honduras is one of the most dangerous countries for media workers in Latin America. Since a 2009 military coup, at least 29 journalists have died in connection to their work, according to the International Press Institute.