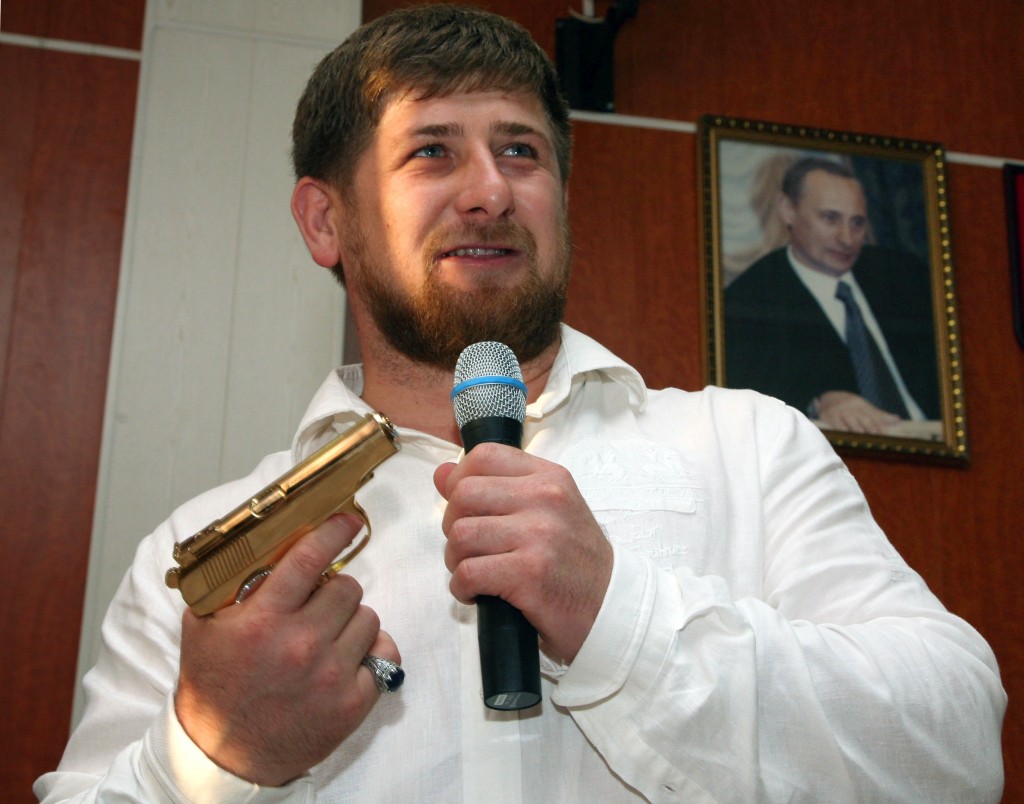 "I was called an enemy of Islam, an enemy of Kadyrov. They promised to find me and kill me."

Working for the liberal media in Russia, Karina Orlova, 30, was used to receiving criticism from government supporters. But criticism turned to death threats after she spoke out about an Instagram post by Ramzan Kadyrov, the leader of Russia's Chechen Republic and a close ally of Russian President Vladimir Putin. Kadyrov, 39, has a fearsome reputation. The investigative journalist Anna Politkovskaya was murdered in 2006, reportedly while working on an article critical of human rights abuses by Kadyrov’s forces. The journalist and human rights activist Natalia Estemirova was abducted in Grozny in 2009 and killed, also while researching kidnappings and killings by Kadyrov’s security forces. As reported in Western news outlets including the New Yorker, a number of other Chechen political opponents of Kadyrov have been killed in cities from Vienna to Moscow to Dubai.

Kadyrov has denied involvement in the deaths, and Russian media has generally not linked Kadyrov to the murders as closely as foreign news outlets have.

Despite the controversies, Kadyrov is something of a celebrity on social media.  With more than 1.7 million Instagram followers, he often uses the platform to criticize opponents of the Kremlin. One of his online targets is the exiled Russian oligarch Mikhail Khodorkovsky, who previously headed Yukos Oil Co. In the aftermath of the Charlie Hebdo attacks in Paris in January 2015, Khodorkovsky called for Charlie Hebdo's cartoons portraying the Prophet Muhammad to be republished by international media in solidarity with the cartoonists killed by Islamic extremists. Kadyrov, who has implemented some aspects of Islamic law in Chechnya, responded by calling Khodorkovsky  "an enemy of all Muslims in the world" and called for volunteers in Switzerland to hold Khodorkovsky to account.

Orlova, a journalist for Radio Echo of Moscow, an outlet often critical of Putin and Kadyrov, was hosting a program on the Charlie Hebdo attacks shortly afterwards. On the program, she pressed Maxim Shevchenko, a member of President Putin's human rights council and an outspoken supporter of Kadyrov, on whether Kadyrov should be held responsible for threatening Khodorkovsky.

Soon afterwards, the threats against Orlova began. After the killing of opposition leader Boris Nemtsov in Moscow in February 2015, Orlova decided Russia was too dangerous for her–particularly after Kadyrov praised the suspects in Nemtsov's shooting death. So she left, moving to Washington D.C. where  today she works as a correspondent for Radio Echo of Moscow. Orlova spoke with Global Journalist's Iuliia Alieva about how she decided to leave her homeland.

Global Journalist: Could you tell us more about the situation that forced you to leave Russia?

Karina Orlova: After the Charlie Hebdo attack, I dedicated an entire program to discuss the reactions of public figures. One of my guests was Maxim Shevchenko, a journalist and member of the Presidential Council of Human Rights. I tried to get him to admit that Kadyrov must be held responsible for publicly threatening [Khodorkovsky], but Shevchenko refused and I stood my ground. Ramzan Kadyrov, in his Instagram started threatening all the journalists of Echo of Moscow. Our station posted a poll with the question of whether we should reprint the [Charlie Hebdo Prophet Muhammad] caricature or not. The poll scored a million votes, a record, and 700,000 were in favor.

Later, I started receiving  threats from Chechen radicals. At first I did not take the threats seriously. I was called an enemy of Islam, an enemy of Kadyrov. They promised to find me and kill me. It was frustrating, but I understood it to be one of the costs of the job.

The whole situation took another turn after the murder of Boris Nemtsov, the killers were Chechen radicals. The fact that you can just kill a former deputy prime minister of Russia...terrified me. I went to the police, but they ignored me. After I wrote a Facebook post about the threats, which attracted media attention, the police opened a criminal case. But their reaction was that it was a consequence of my work and told me to just shut up. The case has not moved forward, and I left Russia in April last year.

GJ: Where do you see restrictions on freedom of speech in Russia?

Orlova: Restrictions on freedom of speech is an oxymoron. Freedom is either there or it is not. In Russia, we have a lot of taboo topics, like the personal life of the president. Also, most of the media are state-owned and censored. The situation is very difficult for Echo of Moscow and other islands of liberal journalism. Putin has built a very intricate system that is much subtler than during the Stalin years. Those laws were monstrous but it was clear that if you took a step too far to the left or to the right, you were shot. People knew what laws they violated. It was clearer than it is now, when you go through a minefield.

During  prime time on the TV channel Dozhd, I polled viewers to see if they believed it would have been better for Russia to surrender during the siege of Leningrad [by the Germans in World War II]. The killing of opposition leader Nemtsov, whose body is pictured above during a service in 2015, convinced Orlova to flee. (AP Photo/Pavel Golovkin)

After this there was pressure on the channel from the government and the president's press secretary, Dmitry Peskov, said that while there was no law prohibiting talking badly about the siege, doing so was a violation of moral norms.

Laws are being written after the fact, as in the case of [feminist protest band] Pussy Riot. They had to be punished for something. After the Pussy Riot case [where band members were jailed for hooliganism after performing a protest song in a cathedral], the government issued the law on the insulting of the religious feelings.

GJ: What can you say about the Russia's information strategy both domestically and internationally?

Orlova: Russian propaganda abroad differs from that within Russia, as the audience is different. Internal Russian propaganda is clumsy…and focuses on visual perception, using video, pictures, but not the facts. Russia Today [state-owned international news channel] operates more subtly. Their broadcast mainly consists of op-eds. News commentary is from the “right” experts, who represent the position corresponding to the official policy of the channel. Or there is direct falsification of information.

GJ: Are you optimistic about Russia's future? Discussing Kadyrov's comments about Khodorkovsky (above) led to threats against Orlova. (AP Photo)

Orlova: This is a big question, where all of Putin's policies will lead Russia. He made a mistake with Crimea and the war in Ukraine, and now Putin's popularity is going down. After Putin is gone, it will be very horrible situation, but I hope that the democratic forces will come and build something new. During the oil boom, all the politicians and oligarchs plundered Russia. Now, without  high oil prices, we have complete poverty. There is no production, either in science or medicine. There is also a rapid brain drain. We depend on the West and at the same time dissociate from it.

GJ: What role can the media play in changing Russia?

Orlova: There's a big difference in America in that local news can be national news easily and quickly. People can protest in a small town in Oklahoma and it becomes news for the national channels. In Russia, media is usurped and concentrated in the center - Moscow. The regions are not covered; the regional correspondent network is destroyed.

The main federal channel broadcasts from Moscow and covers the life of the government. Sometimes, there are stories about a good harvest in the south of Russia, but regional problems are not covered and not disclosed. A man who lives in Vorkuta [a coal-mining town in the Russia's northwestern Komi Republic] doesn’t know what is happening in other parts of the country. He sees the news from Moscow, which tells about the revival of Russia. To him, it seems that only his town is bad for living, and Russia as a whole is flourishing. That is why I believe that  big protests in Russia will not take place because there is no coordination among the media. Revolution in Russia has never occurred from the people. It has always started from a coup d'etat.