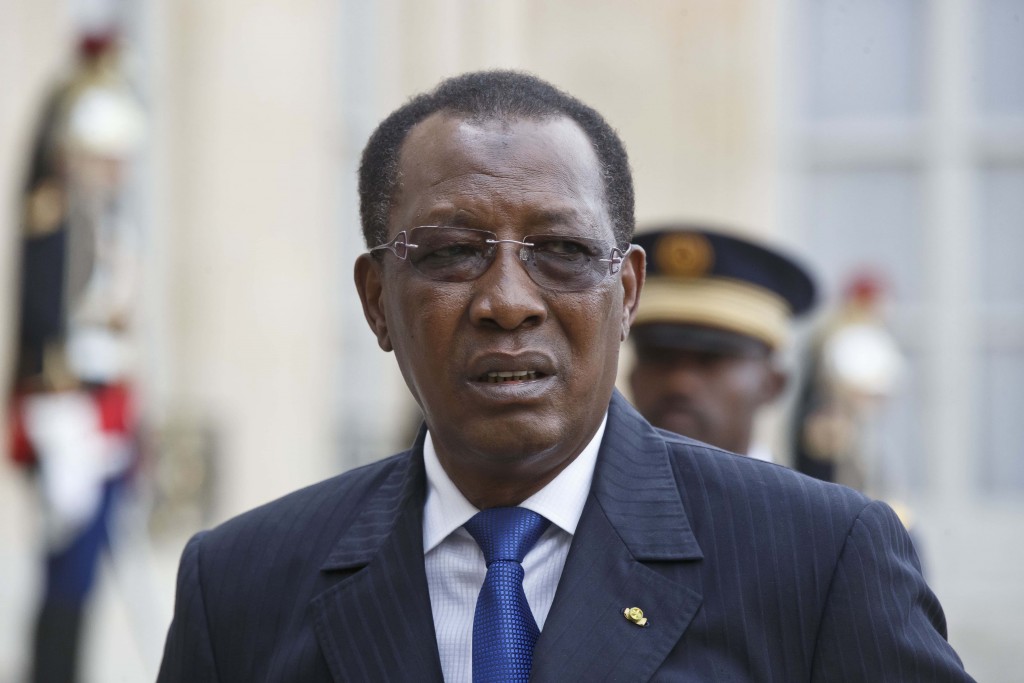 Chad's President Idriss Deby, talks to the media after his meeting with France's President Francois Holland at the Elysee Palace in Paris, France, after their meeting, Thursday, May 14, 2015. (AP Photo/Michel Euler)

French station TV5 Monde has been banned from filming in the central African nation of Chad after journalists from the station had their camera confiscated and footage deleted by Chadian police April 10, the same day as the voting for the presidential election.

The journalists had filmed clashes between the police and people who were complaining about not being to vote, according to Reporters Without Borders. The police seized the camera, took it to the police station and when the journalists arrived at the station to retrieve it, they found the footage of the clashes had been erased.

Other foreign media also found themselves unable to cover the election after the voting had been carried out. These outlets did not receive approval from the communications ministry to cover the counting. In addition, Chadian authorities were accused of blocking text messaging and access to the Internet on the day of the election, limiting the access to information.

Chad's President Idriss Déby, who has ruled the country since a 1990 coup, is expected to win another five-year term when results are announced later this month. Déby's previous campaigns in one of the world's poorest countries have been marred by allegations of fraud and vote-rigging. During this campaign, the daughter of one of Déby's challengers was reportedly gang-raped by a group that included the son of a government minister and the son of an army general. Déby has condemned the rape.

Internet continues to be blocked in Chad since Sunday's election in which Pres Déby ran for a 5th term.
(2 weeks to announce results)

In TV5 Monde's report on the elections, it said it found “disturbances in the conduct of the vote.” Thousands of voters went to polling stations in Chad’s capital, N’Djamena, in the first election held in the country using biometric data.

The events are similar to those in the Republic of Congo, where President Denis Nguesso, who has ruled the country for all but five of the past 37 years, extended his rule in March after suspending telephone and Internet connections during the election.  Brazzaville regime that won elections in the Congo after deciding days before to suspend landline and internet connections for security reasons.