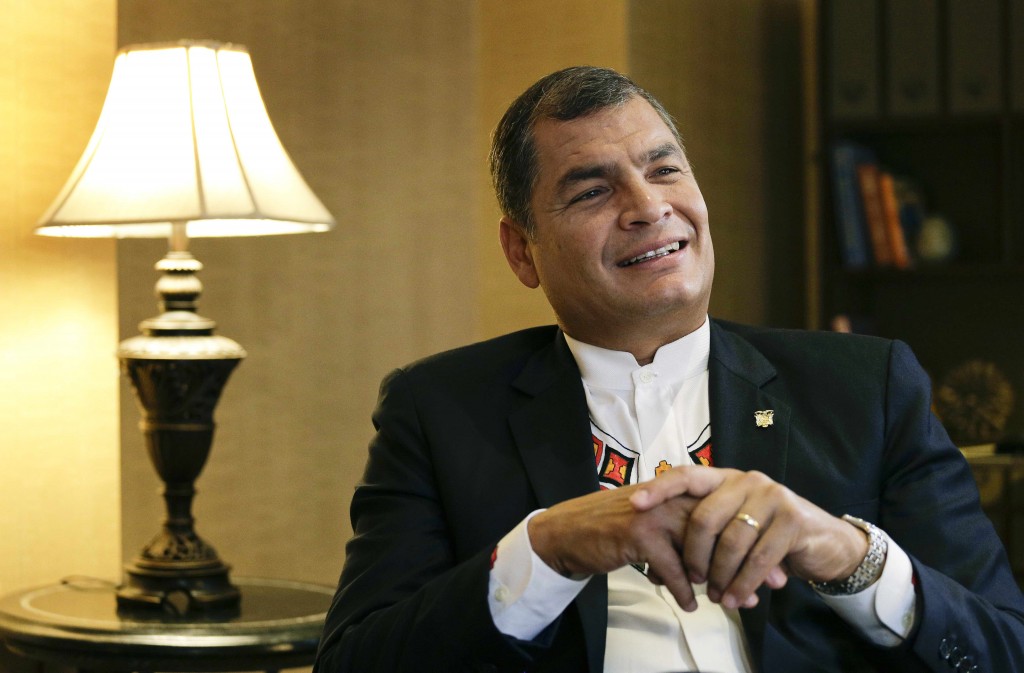 Supporters of Ecuador President Rafael Correa have launched an online campaign targeting journalists involved  with the Panama Papers investigation after Correa tweeted the names of the reporters earlier this month.

On April 12, Correa tweeted the names of five Ecuadorean journalists involved in the International Consortium of Investigative Journalists probe of 11.5 million documents leaked from the Panama law firm Mossack Fonseca. The tweets came following the disclosure that  three current or former members Ecuador's government appear in the documents detailing the use of offshore shell companies.

Soon after, government supporters revealed and spread personal information about the journalists, including photos of their children, according to PanAm Post, an American news and analysis website. Journalists were called “mercenaries,” “rats” and “lackeys of the empire” on Facebook, according to Fundamedios, an Ecuadorean press freedom group.

Among the prominent Ecuadoreans reported to appear in the documents detailing the use of offshore shell companies are Correa's Attorney General Galo Chiriboga, the president's cousin and former central bank governor Pedro Delgado and Javier Molina Bonilla, an adviser to Ecuador's intelligence agency. Correa has called for all of the documents in the ICIJ database to be publicly released so that the names of all those involved in creating offshore companies can be released. "The selective fight against corruption is just...more corruption," he tweeted.

Ecuador is one of a number of countries where journalists have faced repercussions for their involvement with the Panama Papers investigation. Venezuelan journalist Ahiana Figueroa was dismissed from Últimas Noticias, a pro-government newspaper, April 12, after she joined the Panama Papers investigation as a researcher. In Tunisia, the independent news website Inkyfada was hacked hours after publishing a Panama Papers report about Tunisian politician Mohsen Marzouk. In China, a senior editor at the Hong Kong newspaper Ming Pao was fired after the paper ran a front-page report on locals whose names appeared in the Mossack Fonseca papers.