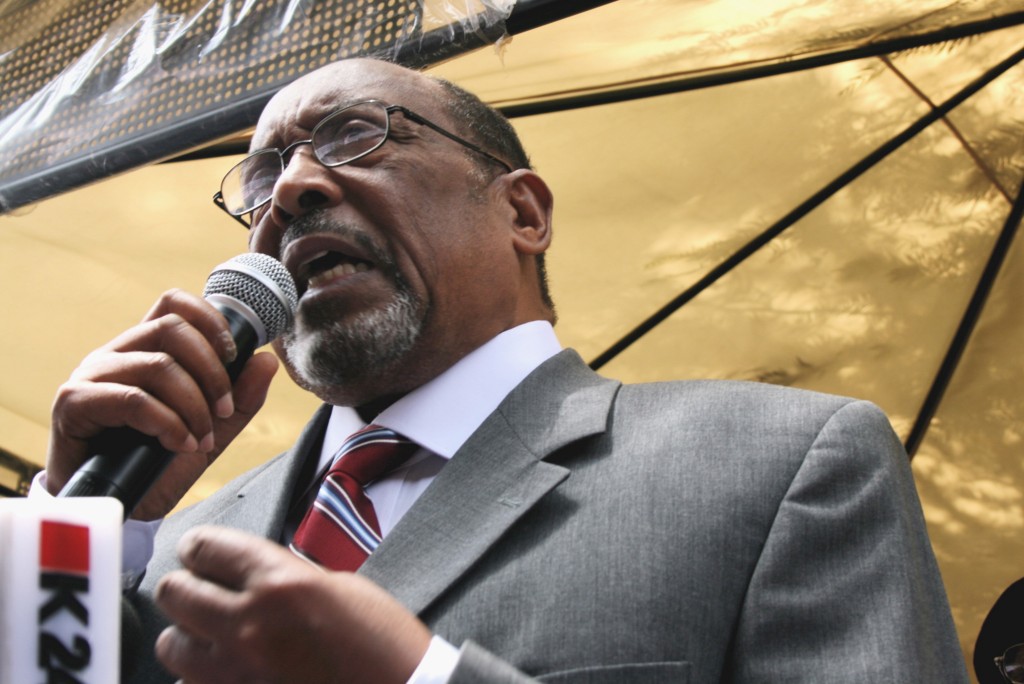 Somaliland's President Ahmed Mohamed "Silyano" Mohamoud was sworn in as Somaliland's fourth president on Tuesday, July 27, 2010 during a brief inauguration ceremony in the nation's capital of Hargeisa, Somaliland. Though the country remains internationally unrecognized, Somaliland has self-governed since the collapse of Somalia in 1991. President Mohamoud is expected to make a public address tomorrow. (AP Photo / Teresa Krug)

The controversial trials of three journalists in a breakaway province of Somalia have been postponed amid criticism of recent legal action by authorities against the press, the press freedom group Reporters Without Borders said.

At issue are two separate trials due to start April 23 in Somaliland, which declared independence from Somalia after former dictator Siad Barre was toppled in 1991.

One case before a court in the capital Hargeisa concerns Muuse Jaambiir, a former chairman of the newspaper XogOgaal–one of three newspapers ordered closed by Somaliland's government within the last year. In December, Jaambiir was charged with producing false information and insulting President Ahmed Mohamud Silanyo and the first lady for articles he wrote in 2015 about the privatization of a government-owned oil storage facility, according to the Human Rights Centre in Somalia. XogOgaal has continued to publish while it appeals the closure order, according to the Committee to Protect Journalists.

The second case involves the defunct newspaper Hubsad.  Cabdirashiid Nuur Wacays, its former chairman, and Siciid Khadar Cabdilaahi, the paper's former editor-in-chief, were both accused of running newspaper without a license, according to Horseed Media, a Somali news site operated from Europe. Reporters Without Borders both cases were delayed because the judge was in mourning and the prosecutor was ill.

Once considered a democratic beacon in East Africa despite the fact that its government has not been formally recognized internationally, President Silanyo's government has stepped up efforts to silence critical news reporting and dissenting media in recent years. Somaliland, a former British colony, joined with Italian Somaliland in the 1960s to form the country of Somalia. After Barre's government collapsed during a civil war in 1991, Somaliland emerged as an autonomous and stable region of the country even as southern and central Somalia remain plagued by conflict and banditry.

In a separate incident, journalist Mohamed Omar Jaray was detained in the city of Borama by the police April 13  according to the news site Borama News. Jaray had recorded video of the city's residents singing Somalia's national anthem instead of the national anthem of Somaliland. It is considered a crime to express any support of Somalia, according to Mogadishu's Dalsan Radio.

Jaray's arrest came on the heels of the March closure of the newspaper Codka Shacabka, or The Voice of the People, for alleged licensing violations.

"Somaliland should strive for a diverse and open media environment, beginning with dropping all legal charges against journalists for their work, and releasing Mohamed Omar Jaray immediately," said Kerry Paterson, a research associate for the New York-based CPJ.