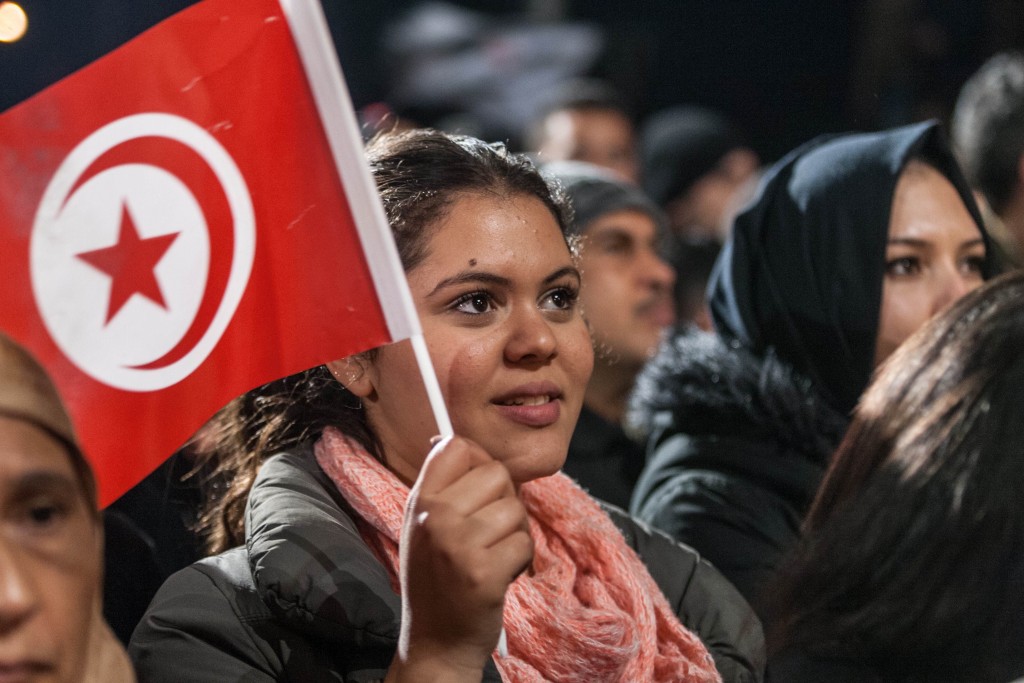 A supporter holds a Tunisian flag as Tunisian presidential candidate Moncef Marzouki gives a speech, after the second round of the country's presidential election, in Tunis, Dec. 21, 2014. (AP Photo/Ilyess Osmane)

The Arab Spring toppled long-ruling autocrats across the Arab world. But with Libya in chaos, Egypt back under military rule and Syria and Yemen engulfed in war, only Tunisia has fulfilled the promise of its revolution.

With a new constitution, successful elections, and a Nobel Peace Prize for pro-democracy groups, there is much to celebrate. Yet Tunisia also faces major economic challenges and a growing threat from the Islamic State's Libya outpost. On this edition of Global Journalist, a look at the lone democracy to emerge from the Arab revolutions of 2011 and 2012.

Joining us to discuss: