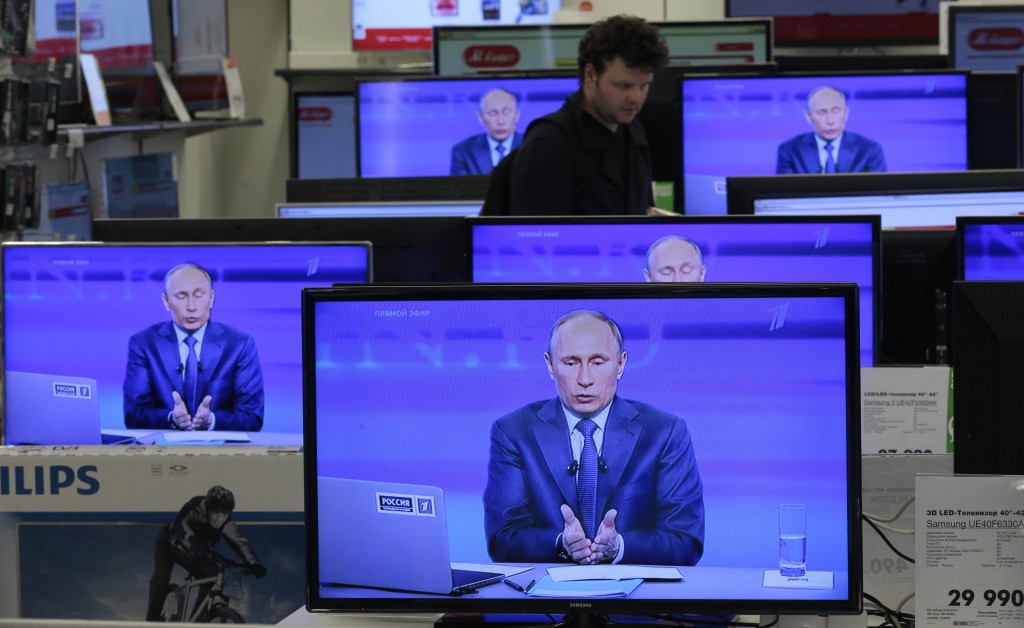 Russian President Vladimir Putin is seen on television screens in a shop as he speaks during an annual call-in show on Russian television "Conversation With Vladimir Putin" in Moscow on April 25, 2013. (AP Photo/Mikhail Metzel)

Russia is no stranger to conflicts, but under Vladimir Putin its most enduring one may be the war over news and information. Over the past decade the Kremlin has virtually eliminated independent television broadcasters and tightened control over the Internet inside Russia.

Outside Russia, it’s also sought to offer its own version of the news in English and other languages. This is often an anti-American narrative about conflicts in Syria, Ukraine and elsewhere in Eastern Europe and one that conflicts with that of other international news agencies. Meanwhile online, allies of the Kremlin have reportedly hired hundreds if not thousands of so-called “trolls” to spread disinformation on social media and in the comments section of news sites.

On this edition of Global Journalist, a look at Russia’s information offensive.

Note this program was recorded in audio-only format.