Haiti a test case on role of aid agencies 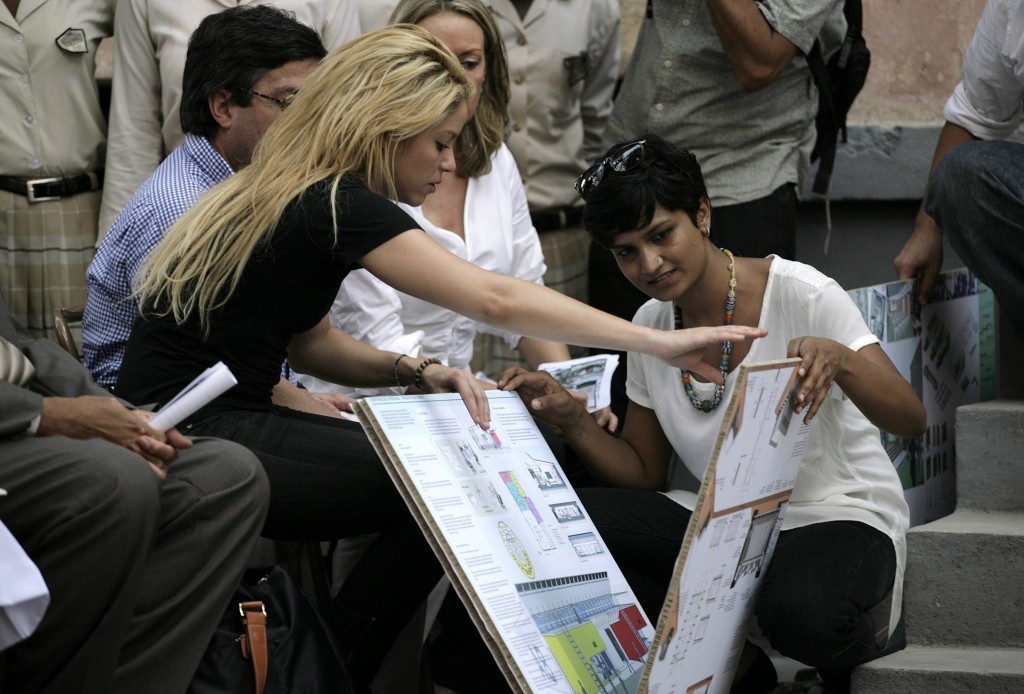 Colombian singer Shakira watches the development project by Sadhya Janardham, worker of the NGO Architecture for Humanity, during her visit to Elie Dubois school in downtown Port-au-Prince, Haiti, on March 31, 2011. (EPA/Andres MartÌnez Casares)

In the aftermath of the 2010 earthquake, relief money poured into Haiti – as did thousands of foreign aid organizations to help distribute it. Six years later, many of the aid organizations are still there providing healthcare to the poor and building roads and water treatment plants.

That's led some to dub Haiti a "republic of NGOs." But relying on foreign aid agencies to perform services carried out by governments in most countries has consequences.

Jake Johnston, a researcher at the Center for Economic and Policy Research in Washington, D.C. who has covered aid in Haiti since the earthquake, argues that a history of reliance on non-governmental organizations (NGOs) has prevented Haiti from developing institutions of its own. He spoke with Global Journalist's Alex Derosier about the aid-industrial complex and the long-term problems feeds in Haiti.

Global Journalist: Does the dominance of aid organizations in Haiti do more harm than good in Haiti?

Johnston: It's a tough question. There's obviously a need for [help] given the current reality in Haiti. If international aid was just cut off, there would be greater human suffering in the short-term. So you can't discount that, or make it into simple "good or bad." But over the years...it certainly has eroded the ability of the government to stand on its own two legs.

GJ: Even before the 2010 earthquake Haiti there were thousands of NGOs in Haiti doing development work. Did the earthquake exacerbate dependence on foreign aid groups?

Johnston: There was this idea that we [would] catalyze billions of dollars and that it would be an opportunity to fundamentally change how the system works. There was some optimism that this was an opportunity to correct some historic mistakes. When you look at what has actually happened over the last six years, it's really a missed opportunity to do so and in fact these existing systems were only strengthened. You're left in a position now where yes–the government has made some strides– you can’t say everything has failed, but at the same time the over overall picture of how aid is distributed in Haiti has not changed.

GJ: Is fixing the aid system as simple as distributing more aid to the government?

Johnston: It's not that simple, but that is a necessary first step. If you look at where aid went after the earthquake, if you just look at USAID [United States Agency for International Development] for an example, they spent a couple billion dollars, only 1 percent went directly to Haitian companies. If you look at the global picture, very little actually went directly to the Haitian government.

You have to change who your partners are and where that money is actually delivered. Haiti has to be able to take the lead, that's not just the government—it’s the Haitian people, companies, the private sector, and civil society. These are the people and institutions that need to be strengthened by the support of the international community.

GJ: What has happened when domestic groups and people are left out of the picture?

GJ: Is there such a thing as an "aid industry" that has a stake in keeping things the way they are?

Johnston: There is sort of an aid industrial complex– obviously at a smaller scale than the military. But you have seen a lot of these same dynamics at play, a sort of hollowing out of the government. You have for-profit contractors who are getting hundred-million-dollar aid deals to do development work in foreign countries. Of course these are often based in Maryland, Virginia and D.C. This isn't just about helping foreign countries, this is also about protecting U.S. interests. And that's not really a secret. Aid is not just being driven by what the needs are on the ground, there's this other side at play as well.