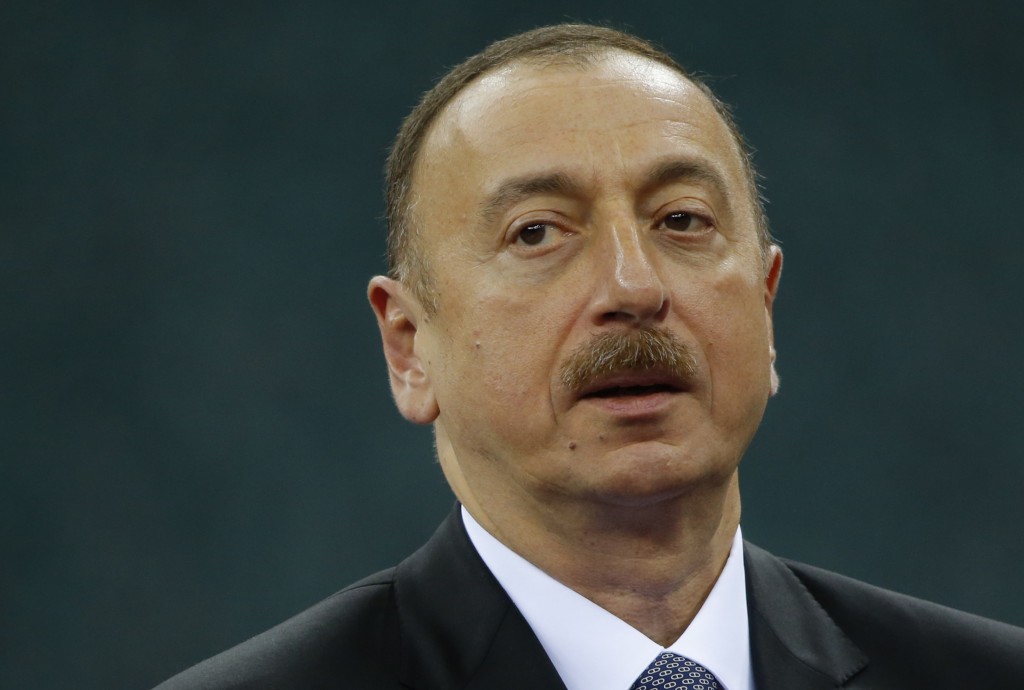 The release has been hailed by human rights groups as a positive step in a country with a record of stifling criticism of Aliyev's regime. Azerbaijan ranked 162nd of 180 countries on a press freedom index compiled last year by Reporters Without Borders.

Mamedov, a human rights activist and editor of the Tolishi Sado newspaper, had been sentenced to five years in prison in 2013 on charges of selling drugs, high treason and incitement.  Yaqublu, a journalist for the independent daily Yeni Musavat and deputy head of the opposition Musavat party, was arrested in January 2013 while covering an anti-government demonstration in northern Azerbaijan, according to the website of Set Them Free, a Washington, D.C.-based campaign for political prisoners.  Hashimli, an editor of the news site Moderator and reporter for the newspaper Bizim Yol, was sentenced to eight years in prison in 2014 on charges of smuggling firearms.

Later that day in a separate action, an appeals court in the capital Baku also reduced a six-year sentence for journalist Rauf Mirkadyrov to a five-year suspended sentence and ordered him released from jail, according to Radio Free Europe/Radio Liberty.  Mirkadyrov, a reporter for the Russian-language publication Zerkalo, had been arrested in April 2014 and sentenced in December 2015 on charges thought to be linked to his coverage of human rights violations in Azerbaijan and Turkey, according to the International Press Institute.

“President Aliyev has made an important gesture today that we hope will be the first step toward ushering in a period of renewed respect for human rights in Azerbaijan, including media freedom and freedom of expression,” said IPI Director of Press Freedom Programmes Scott Griffen, IPI reported. “However, Azerbaijan cannot be considered to respect such rights until it ceases all harassment of independent media and releases any journalists still held in prison due to their reporting.”

Among the journalists behind bars in Azerbaijan is prominent investigative reporter Khadija Ismayilova, who reported on the Aliyev family's business interests and was jailed in 2014 on charges of tax evasion and abusing her authority. At least three other journalists are imprisoned in the country, according to the Committee to Protect Journalists.