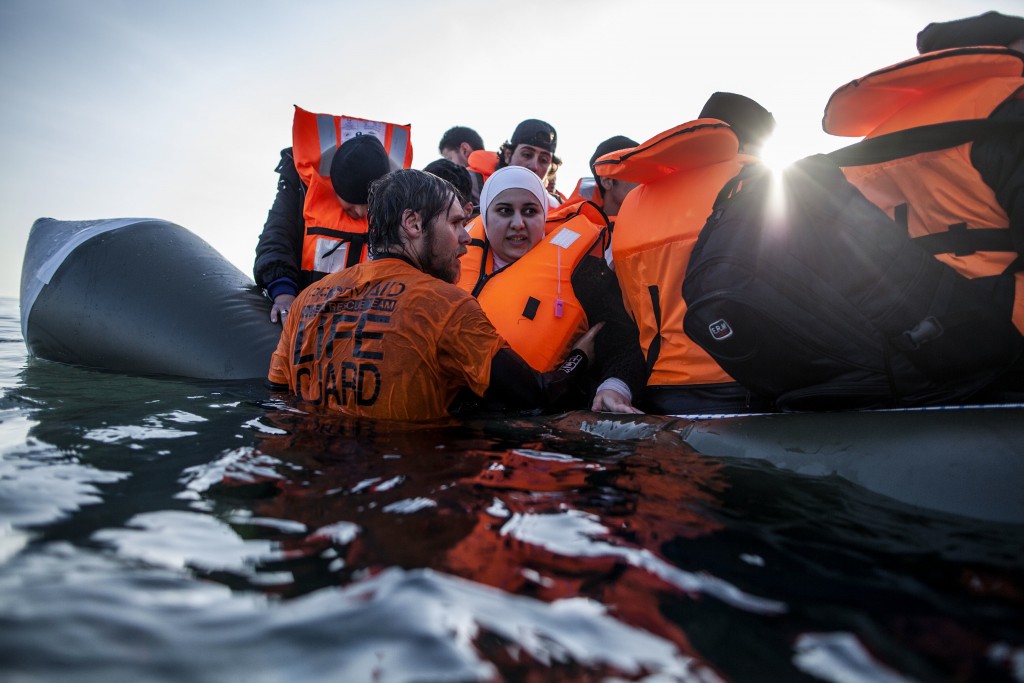 A Syrian refugee is helped by a volunteer to leave a sinking dinghy at a beach on the southeastern island of Lesbos, Feb. 28, 2016. Greece is mired in a full-blown diplomatic dispute with some EU countries over their border slowdowns and closures. Those border moves have left Greece and the migrants caught between an increasingly fractious Europe, where several countries are reluctant to accept more asylum-seekers, and Turkey, which has appeared unwilling or unable to staunch the torrent of people leaving in barely seaworthy smuggling boats for Greek islands. (AP Photo/Manu Brabo)

For months now, the world has watched as more than a million refugees and migrants from countries like Syria, Iraq and Afghanistan have risked their lives to try and find safe haven in Europe.

But this influx has created enormous tensions in the European Union about how many newcomers to accept and which countries should take them. Governments in Sweden and Germany have each taken in hundreds of thousands of refugees and migrants--and taken criticism both from other European states and their own people.

So, who foots the bill for settling the hundreds of thousands of immigrants? And if no one, where will these people go?

On this edition of Global Journalist, a look at the ongoing migration crisis, and the debate over what to do with the thousands coming to Europe each day.