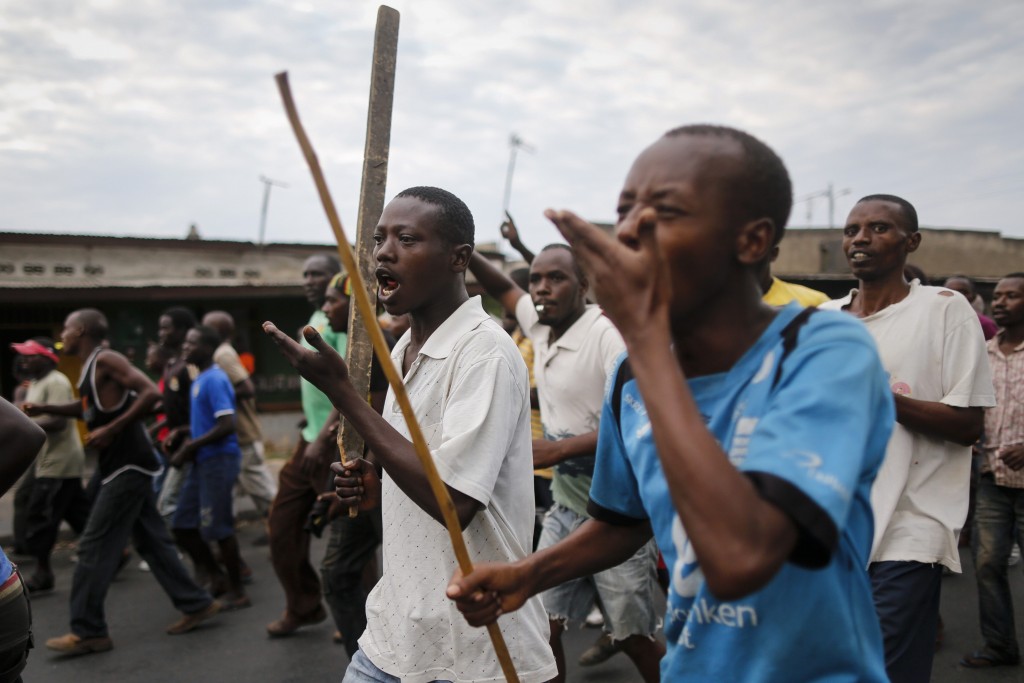 Burundian protesters march during an anti-government demonstration against President Pierre Nkurunziza's bid for a third term in Cibitoke neighborhood of the capital Bujumbura, June 2, 2015. (EPA/Dai Kurokawa)

Burundi President Pierre Nkurunziza's announcement in April that he would seek a third five-year term set off a year of instability in the central African nation that has left hundreds dead and forced a quarter million people from their homes.

With reports of opposition militias training refugees in camps in neighboring Rwanda and Nkurunziza's government using coded language to suggest the opposition is a Tutsi attempt to grab power, fears are rising that Burundi could descend into the ethnic bloodletting that killed 300,000 during the 1993-2005 civil war.

On this edition of Global Journalist, a discussion of the renewed instability in a region with a history of ethnic cleansing and genocide.