Five arrested in India after threats to TV anchor 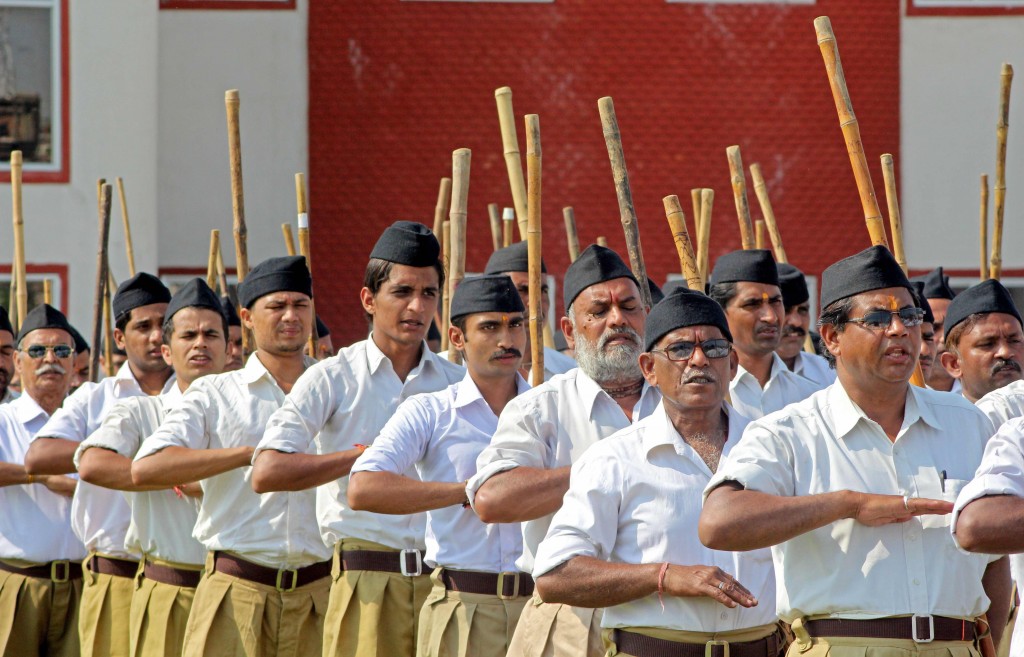 epa04430017 Members of the Rashtriya Swayamsevak Sangh (RSS), a Hindu fundamentalist and hardline organisation, participate in a path march on the occasion of Dussehra festival in Bhopal, India, 03 October 2014. The march was held by the RSS to mark the foundation day of the organisation. EPA/SANJEEV GUPTA

Police in the south Indian state of Kerala have arrested five people from a right-wing Hindu nationalist group after a wave of threatening telephone calls to a local television news anchor.

Sindhu Sooryakumar, an anchor on Asianet TV in the city of Thiruvananthapuram, received more than 2,000 abusive and threatening phone calls after moderating a Feb. 26 debate in which one of the participants read from a pamphlet calling a Hindu deity a "sex worker," the Deccan Chronicle reported March 1. All five arrested belonged to Rashtriya Swayamsevak Sangh (RSS), a far-right Hindu nationalist group, the Times of India said.

During the program, a state minister from the Hindu nationalist BJP party read from an allegedly blasphemous pamphlet distributed by student activists at Jawaharlal Nehru University in the capital New Delhi in which Durga, the Hindu incarnation of the mother goddess, is referred to as a prostitute, the Indian Express said. The offensive statement was then incorrectly attributed to the TV anchor Sooryakumar on social media, provoking the wave of threats.

The episode is the latest to stem from a debate over free speech and patriotism that has followed student protests at Jawaraharlal Nehru University on Feb. 9. During the event, held on the third anniversary of the execution of a Kashmiri man convicted of aiding a 2001 attack on the Indian parliament that killed 9 people, student leader Kanhaiya Kumar delivered a speech criticizing Prime Minister Narendra Modi's Hindu nationalist BJP government and its far-right supporters in the RSS, according to Quartz India.

Three days later, Kumar was arrested on sedition charges by police following a complaint by the BJP's youth wing. During a court hearing Feb. 17, he was beaten and kicked by men in lawyers' robes, according to the Indian Express. That same week, four journalists covering Kumar's hearings reported being assaulted or threatened people at the court, according to the Committee to Protect Journalists.