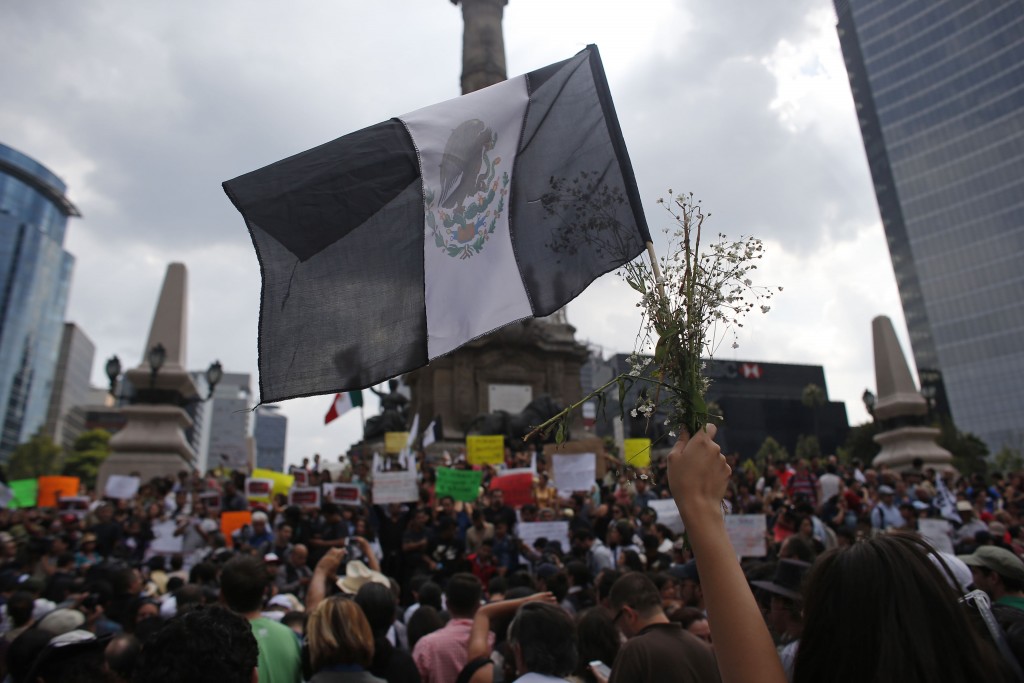 A person holds up a black Mexican "mourning" flag and flowers during a protest over the murder of photojournalist Ruben Espinosa at Mexico City's Angel of the Independence monument, Sunday, Aug. 2, 2015. Mexico City officials said Sunday they are pursuing all lines of investigation into the killing Espinosa and four other women whose bodies were found in the capital, where he had fled from the state of Veracruz because of harassment. According to the Committee to Protect Journalists, 11 journalists have been killed there since 2010, all during the administration of Gov. Javier Duarte. (AP Photo/Dario Lopez-Mills)

A local media company owner and Mexican television journalist was found stabbed to death in his home in the southern state of Tabasco Feb. 20.

Moisés Dadug Lützow, 65,  the owner of media house Group VX and a former member of Mexico's House of Representatives for the left-wing Democratic Revolution Party, had previously received threats for his criticism of the Tabasco state government on a television program he hosted, according to the news site Aritesgui Noticias.

Dadug's's stolen car was found about nine miles (14-kilometers) away from his home with an empty beer bottle and bloody knife inside, the report said, citing state investigators.

In addition to the television channel TVX, which televised his show "De Frente Tabasco" [Facing Tabasco],  Dadug owned radio station XEVX-AM, La Grande de Tabasco. Angel Antonio Jiménez, Grupo VX's news director, told the Committee to Protect Journalists that Lützow had spoken out publicly about the threats against him on a Jan. 5 edition of his show.

Dadug is the fourth journalist to be killed in Mexico in 2016, according to Reporters Without Borders. His death comes two weeks after newspaper crime reporter Anabel Flores was abducted and murdered in the state of Veracruz.

The country is considered one of the "most dangerous countries in the world" for a journalist, according to CPJ.