The dangers of reporting in Somalia 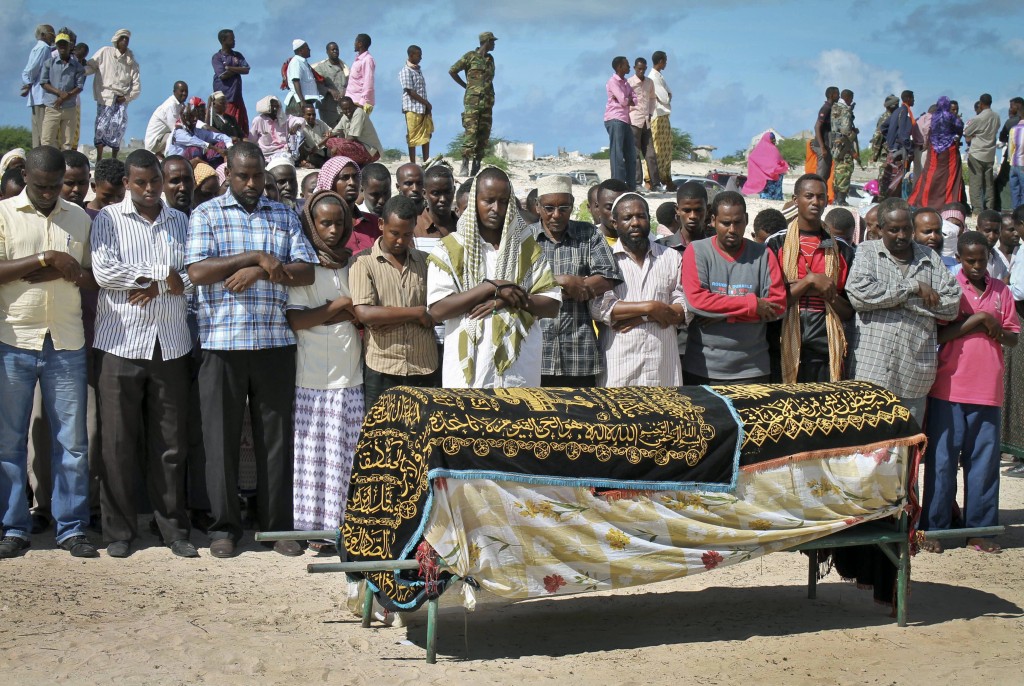 Mourners pray over the body of Somali journalist Mohamed Ibrahim Rage at his funeral April 22, 2013. Rage, who worked for the state-run radio station, was shot dead by unidentified gunmen in Mogadishu. (AP Photo/ Farah Abdi Warsameh)

For much of its population, Somalia is a difficult and dangerous place to live. That’s particularly true for reporters.

Practicing journalism in a failed state means facing threats from any number of militia groups. That includes Islamist radicals from al-Shabaab as well as from armed groups loyal to Somalia’s internationally-backed government in Mogadishu.

At least 59 Somali journalists have been killed since the start of 1992- -the year after the fall of dictator Siad Barre threw the country into chaos.

But in spite of the extreme dangers and the absence of rule of law, Somalia has dozens of private radio stations, as well as its own TV stations and hundreds of print and online media outlets.

On this edition of Global Journalist, a look at the state of journalism in Somalia.