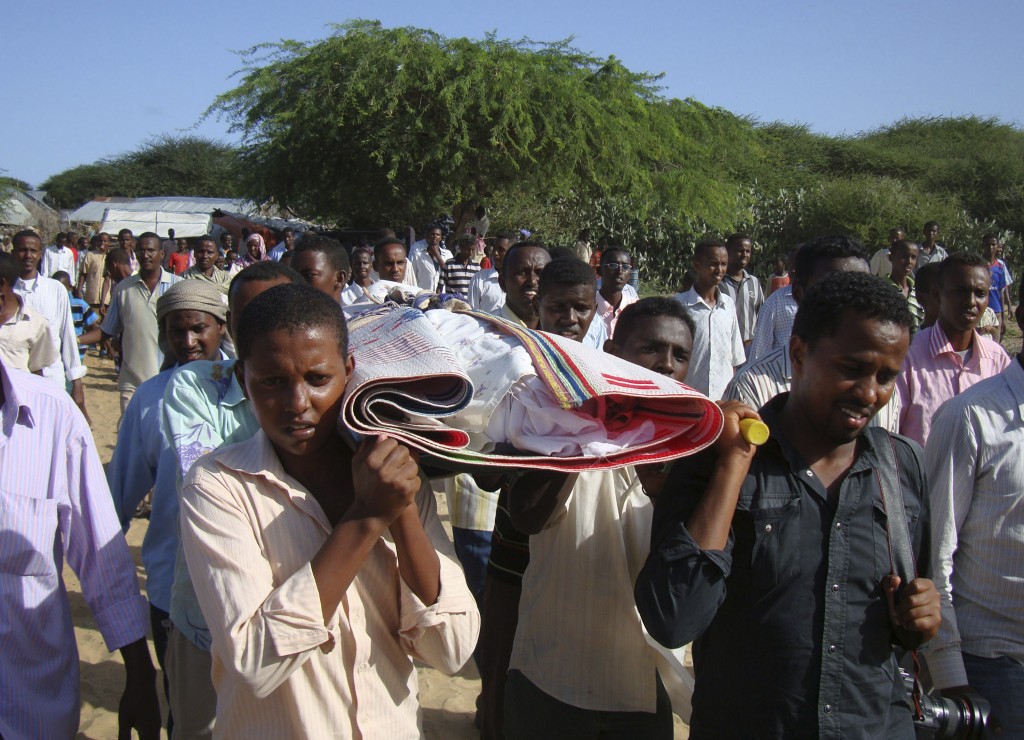 A leader of a Somali journalists' group speaks out on a country that has become a killing field for journalists.

Somalia has been a failed state for more than 24-years, and the country's lengthy civil war has destroyed many of its institutions - leaving it without an effective court system, central government or even secure streets in the capital Mogadishu.

That makes for one of the world's most difficult environments for journalists. Somali journalists routinely receive death threats not only from the Islamist group al-Shabab but from groups affiliated with Somalia's African Union-backed government, which controls most of the major cities and towns in southern Somalia. Many journalists work in almost constant fear for their lives. Since 2012 at least 23 have been killed, according to the Committee to Protect Journalists. The legal environment is also becoming more difficult for journalists. Omar Faruk Osman, the secretary general of the National Union of Somali Journalists (a group that itself has splintered into factions) is among the most outspoken opponents of a new media law signed by Somali President Hassan Sheikh Mohammed last month. The law requires all media outlets, including newspapers, register with the country's Ministry of Information and pay a licensing fee. It also mandates that all journalists must have a university degree in journalism, pass a government-administered exam, and reveal confidential sources if so ordered by a Somali court.

Osman knows well the threats faced by Somali journalists. In December, as Osman was entering the journalist union's office in Mogadishu, three gunmen in a white sedan sprayed his car with bullets. Osman's bodyguards returned fire and the gunmen escaped.

He recently spoke with Global Journalist's Alex Derosier in a phone interview from Mogadishu about Somalia's new media law and the continuing threats to journalists in Somalia.

Global Journalist: What's the biggest threat to journalists in Somalia? Is it al-Shabab? The government?

GJ: Why do you oppose the new media law's requirements that news outlets register with the Ministry of Information and journalists have a degree in journalism?

Osman: Journalism is an open profession so there is no point in imposing a restrictive degree in journalism...These are very dangerous issues that we are against.

They want to register and license newspapers  but we believe that newspapers should not be licensed and they should not be treated like radio and TV. Also, the [composition of the] National Media Commission is something that we cannot accept because [it's] dominated by government representatives from the state media. We believe that it is no longer independent, credible, reliable and self-regulated.

GJ: What do you think would be a better way to regulate the media in Somalia?

Osman: There is bad journalism and good journalism but that should not be an excuse for the government to say..." because of that [bad journalism] we have to impose this restrictive issue." The fact of the matter is that the media law itself puts out of the profession 99.9 percent of the working journalists. [They] will not be recognized by this law as journalists, because most of the journalists do not have a university degree. So that's very worrying for us.

GJ: Do you think your opposition to the media law led to the recent attack on you?

Osman: There are different forces after us. The attack came a day after I strongly opposed the media law. I challenged the media law because it's a very serious matter and it's oppressive. Nobody has claimed responsiblity but people strongly believe that it's not al-Shabab who attacked because when they do such kind of things, they come out openly [and claim responsibility]. But there are other forces than al-Shabab who want to eliminate journalists.