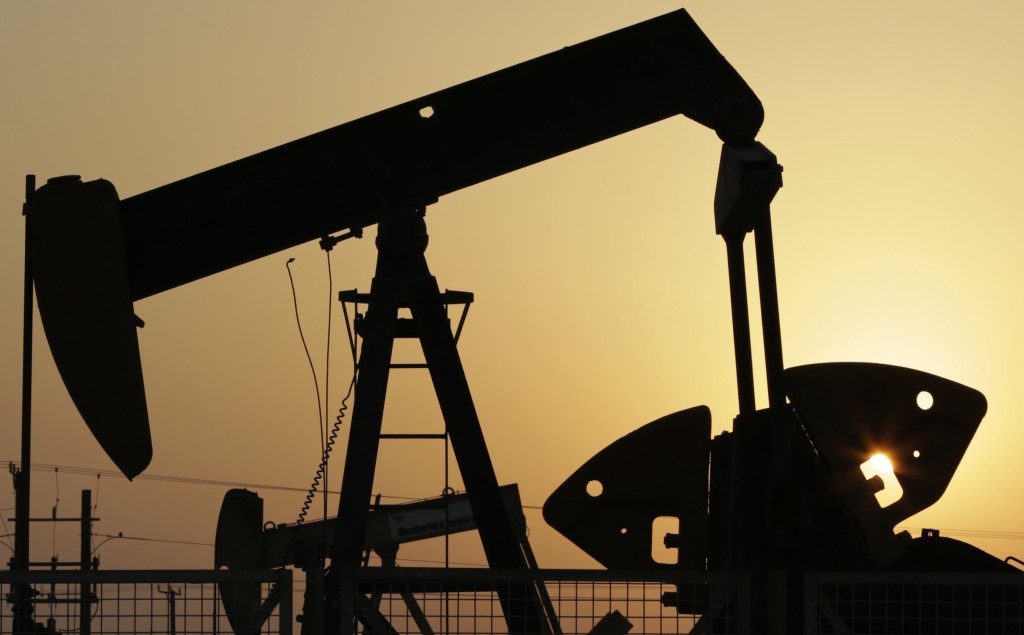 As the Arab Spring swept across the oil-rich Persian Gulf five years ago, the region's monarchies and authoritarian states were able to quell discontent by mixing repression with a shower of government cash fueled by $100 a barrel oil prices.

How times change. After a 60 percent drop in oil prices since June 2014, policymakers from Saudi Arabia to Iraq are struggling with how to slash spending in countries where oil funds dominate all aspects of the economy. Saudi Arabia ran a record budget deficit of $97.9 billion last year, while Qatar is forecasting its first deficit in 15 years.

“We’re looking at countries which have enjoyed high prices and high revenues from oil for years and years," says Georgi Kantchev, an oil reporter for the Wall Street Journal. "And the population there has grown accustomed to the state being able to sustain a certain living standard, which they won’t be able to do frankly in the next few years if the prices stay low...If prices stay at this level for longer there could be cracks in the fabric of the societies.” To be sure, some of the Gulf states have eye-popping sums in their treasury to cushion the blow. Saudi Arabia has more than $600 billion in reserves, but even that hoard could be wiped out in a matter of years unless oil prices recover or spending habits change.

Meanwhile, the growth of U.S. shale production and the imminent expansion of post-sanctions Iranian production means the Saudis and other OPEC members are less able to prop up prices by cutting production. "We have just too much oil," says Kantchev.

Rapidly dwindling reserves are leading to austerity and efforts to raise revenues from other sources. Kuwait, the United Arab Emirates and Iran are among countries that have already slashed government subsidies for water, electricity or gasoline. Saudi Arabia and the five other Arab monarchies in the Gulf Cooperation Council are considering implementing a 5 percent value added tax, a novelty in many countries where both citizens and expatriate workers are accustomed to living virtually tax free. "There is a culture change, and it is a change that needs to happen," says Fadi Makki, a public policy fellow at the American University in Beirut, in an interview with Global Journalist. In Oman, the government has not only slashed subsidies but raised its corporate tax rate from 12 to 15 percent. It's also pressuring the private sector to hire more Omanis and cut back on expatriate staff from South Asia and elsewhere.

"The government has made it very clear that their main priority is looking after Omanis first of all," says Mayank Singh, group editor of a publishing conglomerate that includes the Oman Economic Review. "The rational is that even if expatriates lose their jobs they can go back to their own countries or other countries and get jobs. So the main effort is to see that Omanis don't suffer first of all. If expatriates lose their jobs, they're fine with it."

Halting efforts to diversify the Gulf's petro-economies are also likely to accelerate. The United Arab Emirates and Oman are attempting to grow tourism. Saudi Arabia is even investing in solar energy and other renewable fuels as part of an effort to cut the economy's dependence on oil.

Still, the problems faced by Gulf monarchies pale in comparison to those in Iraq and Iraqi Kurdistan. Lacking the cash reserves of some of its neighbors, Baghdad may soon be unable to pay the 8 million people that live on government salaries and pensions, the New York Times reported. The government has reportedly already cut-off wages and pensions to people in parts of the country controlled by the Islamic State, or ISIL. "There are stories of people going to the bank and trying to withdraw money from their account and the bank saying ‘we just don’t have cash to give you,’" says Renad Mansour, who researches the region at the Carnegie Middle East Center.

More worrying is a recent report that Iraq will lay off as many as 30 percent of the paramilitary forces battling the Islamic State.

Yet Iraq's fragile finances seem downright stable when compared with those in its semi-autonomous Kurdish region, which supplies the peshmerga fighters that have proven the West's most effective allies against ISIL. There, government salaries are already months in arrears and peshmerga recently blocked roads in the capital Erbil as part of a protest over unpaid salaries. "The Kurdistan regional government is in a complete and utter economic disaster," says Mansour.

While the U.S. and its European allies may yet keep their anti-ISIL allies from collapsing over unpaid salaries, lower prices seem certain to exacerbate social tensions in countries across the region. "The elites for sure, they have ways to insulate themselves and protect themselves," says Kantchev. "But the rest will get hit."