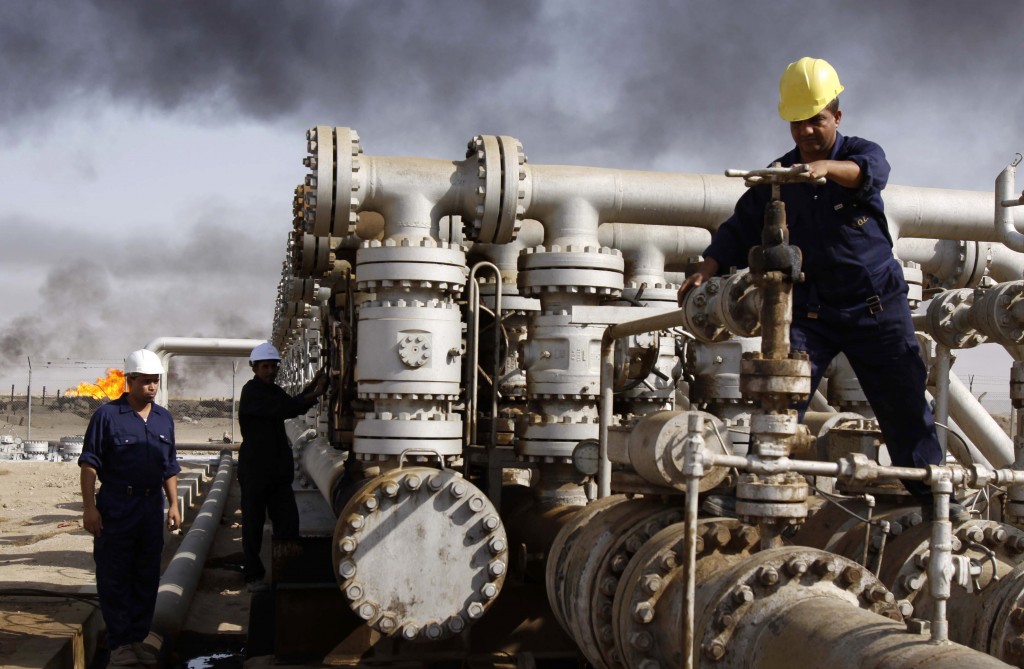 In this Dec. 13, 2009 file photo, Iraqi workers are seen at the Rumaila oil refinery, near the city of Basra, 340 miles (550 kilometers) southeast of Baghdad, Iraq. Plunging oil prices have pitched Iraq into a severe financial crisis as it struggles to combat the Islamic State group, play host to millions of refugees and rebuild cities and towns ravaged by war. With global prices hovering around $30 a barrel, Iraq has had to draw on foreign exchange reserves to fill a shortfall in the 2016 budget, which anticipated $45 per barrel. (AP Photo/Nabil al-Jurani, File)

The sharp decline in oil prices over the past 18 months is good news for consumers in many countries. But in oil exporting countries in the Mideast it's leading to layoffs, higher taxes and sharp cuts in government services.

On this edition of Global Journalist, a look at the losers from the 70 percent drop in oil prices since June 2014.