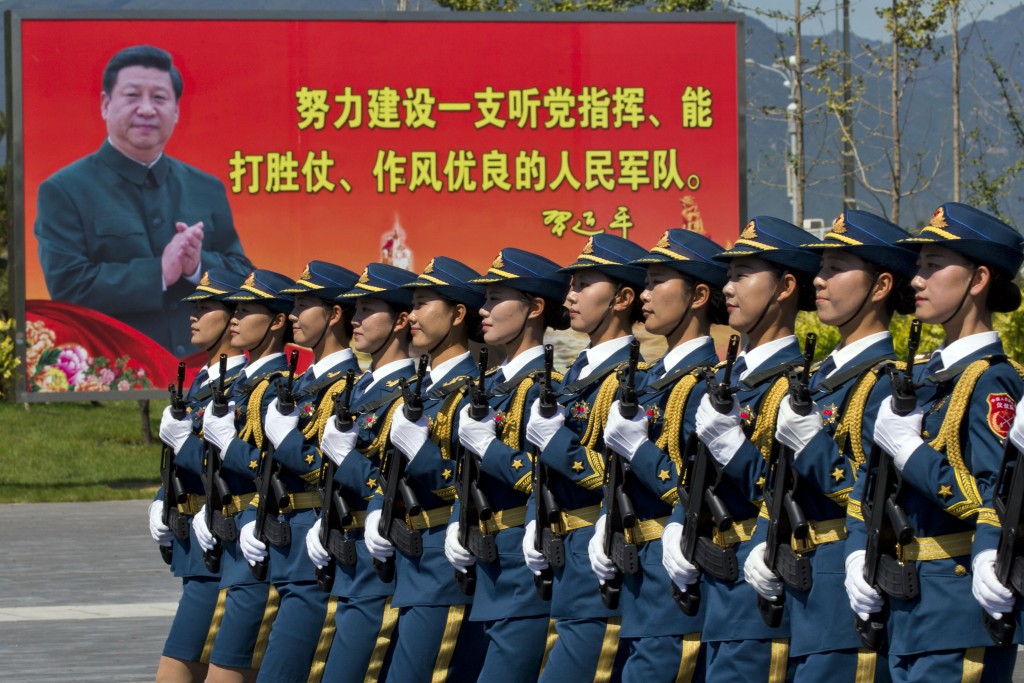 Chinese troops practice marching near a billboard showing Chinese President Xi Jinping and the slogan "Strive to build a People's Liberation Army that obeys the Party, Wins the war and has outstanding work style“ at a camp on the outskirts of Beijing, (AP Photo/Ng Han Guan)

For more than two decades, China has moved from strength to strength. Its economic miracle has lifted hundreds of millions of people out of poverty and dramatically increased the nation's global influence.

But recently China has been hit by a host of challenges. Its main stock indexes have dropped by more than ten percent in the first month of 2016 amid indications that growth is slowing to its lowest rate in 25 years. It faces new challenges from a pro-independence government in Taiwan, tension with other neighbors over control of the South China Sea and growing discontent in Hong Kong.

On this week's Global Journalist, a look at the leadership of President Xi Jinping and how China's greater place in the world has led to greater domestic and international challenges.

Joining us on the program: