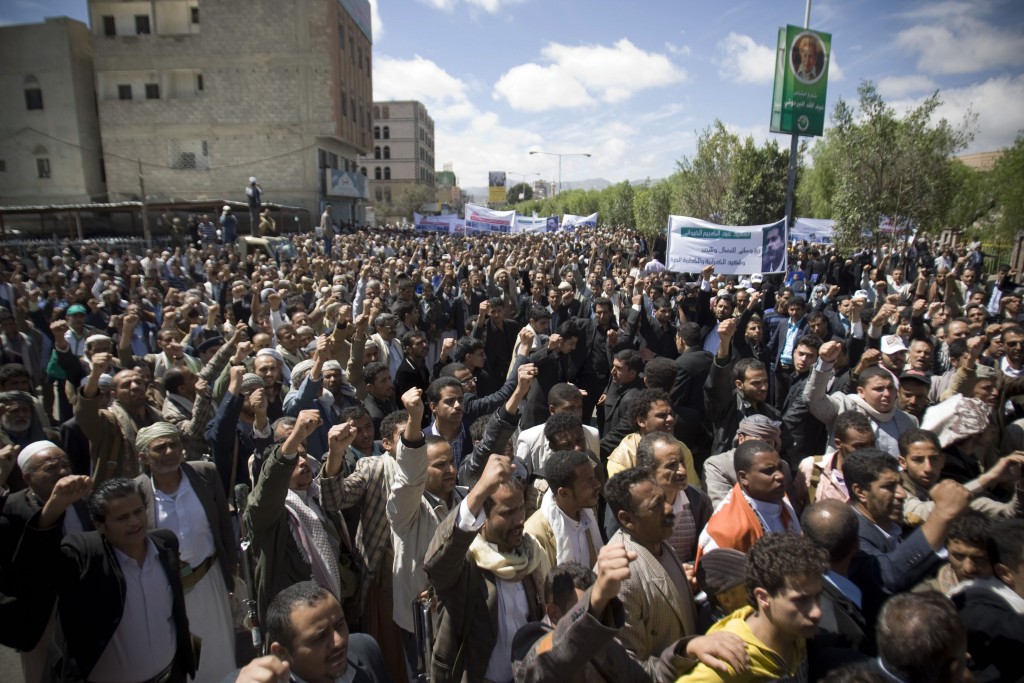 A Yemeni journalist was fatally shot in the head by a sniper in the southwestern city of Taiz while reporting on the conflict between Houthi rebels and pro-government forces.

Ahmed Al-Shaibani, a broadcast reporter for the state-owned Yemen TV and Yaman News website, had been attempting to film a plastics factory in the city that had been damaged by pro-Houthi forces when he was killed Feb. 16, according to the Committee to Protect Journalists. He was on his first assignment for the state television station, it said.

Gunmen opened fire on Al-Shaibani and his colleagues as they were crossing a street as they left the factory. The other journalists made it across, but Al-Shaibani was felled by a shot to the head, according to CPJ.

The shot was fired by a Houthi sniper, according to Agence France-Presse.

Al-Shaibani's killing came as Houthi forces sought to repel an advance by pro-government forces backed by airstrikes from a Saudi-led coalition. More than 8,000 civilians were killed in fighting  between Yemen's Saudi-backed Sunni Muslim government and Iranian-backed Houthi rebels last year, according to the United Nations. More than 21 million people, or about 80 percent of the population, are in need of humanitarian aid.

The conflict has been a deadly one for journalists. Al-Shaibani is at least the the eighth journalist killed in Yemen since January 2015. Most recently Hashim al-Hamran, a 17-year-old cameraman for the Houthi's al-Masirah TV was killed Jan. 26 by a Saudi coalition airstrike while filming damage from previous bombings. Almigdad Mojalli, a radio reporter on assignment for Voice of America, was killed Jan. 17 in a Saudi-coalition airstrike in Sana'a while reporting on earlier bombing damage.

Two other television journalists for a pro-Houthi station were killed in their home in Sana'a along with their three children after an air-strike by Saudi-led forces earlier this month.