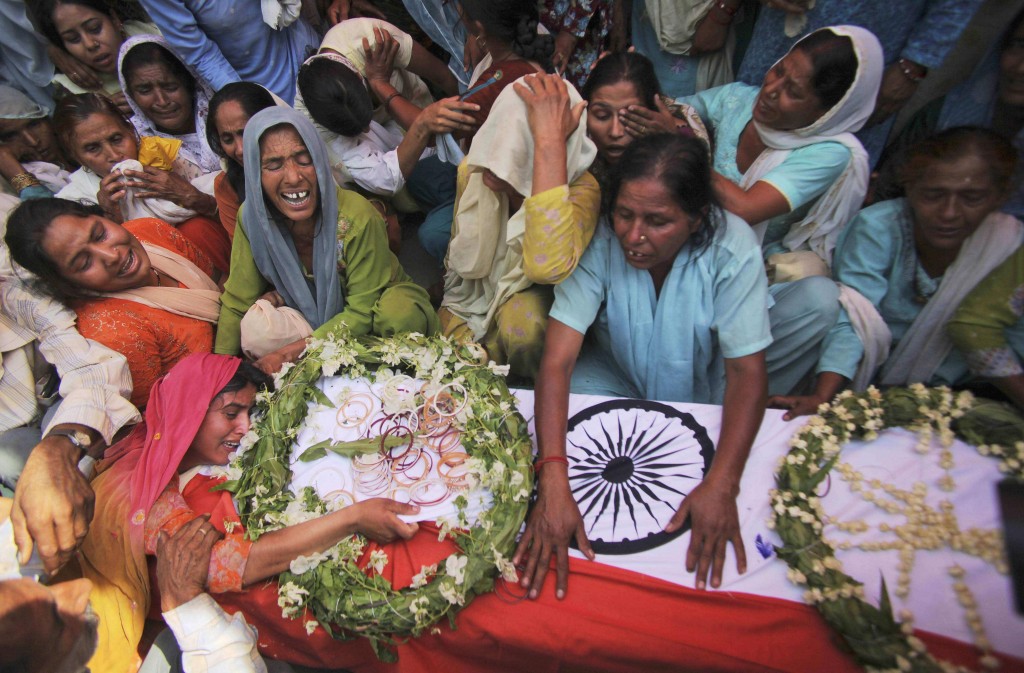 Sushma, left with hands on coffin, wife of slain paramilitary soldier Raspal, mourns near her husband's coffin at Nagrota village, about 23 kilometers (14 miles) from Jammu, India, Thursday, May 19, 2011. A senior police official said seven paramilitary soldiers were killed in the eastern Indian state of Chhatisgarh in a land mine explosion they believe was triggered by Maoist rebels. (AP Photo/Channi Anand)

A mob in the central Indian state of Chhattisgarh has stoned a journalist’s house and car, demanding her death after accusing her of supporting Maoist rebel groups in the region.

The home of Malini Subramaniam, a journalist covering human rights issues for the independent English news website Scroll.in, was attacked on the evening of Feb. 7 and the early morning hours of Feb. 8 by a group of about 20 men, the site reported.  Subramaniam, who lives in the state's Bastar district, could hear the group throwing stones and chanting "death to Malini Subramaniam" as they attacked her property. They also urged neighbors to join in the attack, accusing Subramaniam of providing arms to the Maoists.

Maoist Communist rebels in Chhattisgarh and the neighboring state of Andra Pradesh have been fighting a low-intensity conflict against the Indian government for decades, seeking land rights and better services for the region's impoverished Adivasi people.

Subramaniam had recently reported critically on local government, including an alleged rape of three local women by security forces as well as reports that Indian officials had coerced local civilians into falsely "surrendering" as Maoist forces and the arrest and torture of journalists.

This is not the first time Subramaniam, the former head of the local branch of the International Committee of the Red Cross, has been harassed. Two men who were also part of the Feb. 7 mob visited her house in January and questioned her about her reporting, she told Scroll.in. Police officers have also visited her home and questioned her about her work.

Journalists are often caught in the cross-fire between Indian security forces and Maoist rebels. Two journalists, Santosh Yadav and Somaru Nag, were arrested on charges of aiding the Communist groups last year, according to CPJ. Yadav was arrested in September and Nag was arrested in July. Both are still in jail.