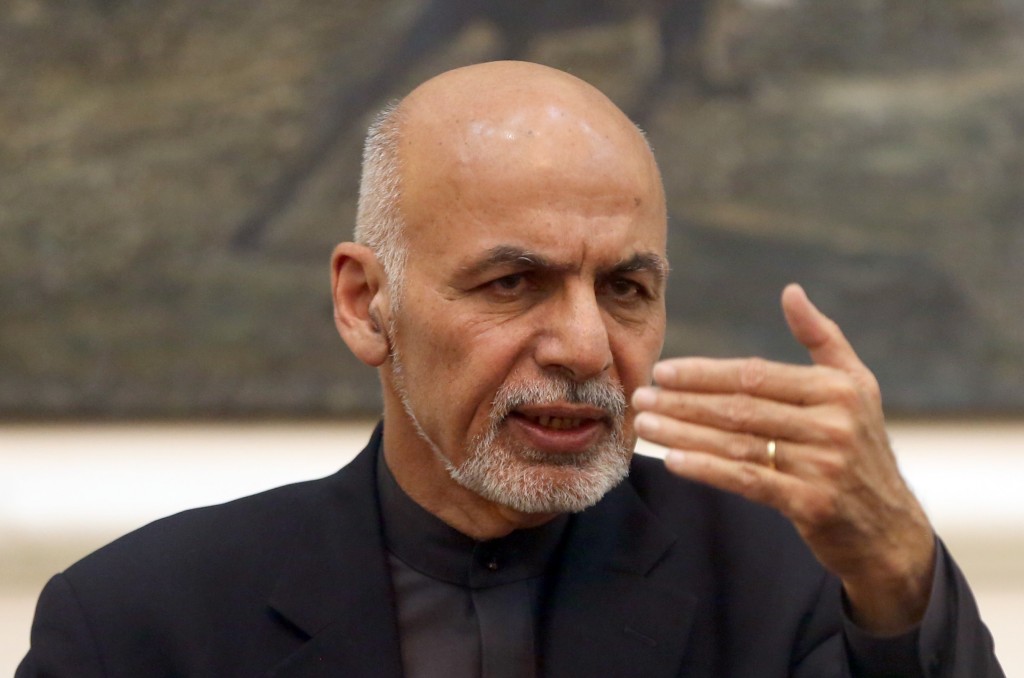 Afghan President Ashraf Ghani speaks during a press conference at the presidential palace in Kabul, Afghanistan, Thursday, Dec. 31, 2015. Ghani confirmed that envoys from the United States, China and Afghanistan will meet in Pakistan’s capital Islamabad next month to discuss how to revive stalled peace process between Kabul and the Taliban. The Taliban have been waging an insurgency since the 2001 U.S.-led invasion overthrew their regime. (AP Photos/Massoud Hossaini)

Two journalists were hospitalized after being attacked by gunmen in northern Afghanistan in the fourth attack on journalists in the country in less than three weeks.

Mohammad Ibrahim Hashemi, 22, the news editor of Adib Radio in Pul-i-Khumri, the provincial capital of Baghlan province, was in a coma after the Feb. 4 attack, according to the New York Times. His brother Mohammad Musa Hashemi, Adib's station operator, was also beaten the paper said, citing Mohammad Musa Hashemi and local police.

One of the attackers, a man named Qayum, had been detained by the provincial police. No clear motive has yet been identified, however, and no group has claimed responsibility for the attack. However, Musa told the Times he believed the Taliban were behind the attack and that he and his brother had been threatened to leave their jobs or be killed.

Violence in Afghanistan has been on the rise over the past year, forcing the Obama administration to re-examine plans to cut U.S. forces in the country from 9,800 to 5,500 by next year. The Taliban occupy more of the country than at any time since the U.S. invaded the country following the Sept. 11 attacks in 2001, ABC News said, citing a report from the U.S.'s Special Inspector General for Afghan Reconstruction

The violence has included a recent spate of attacks on journalists. On Feb. 1, Yahya Jawahari, a journalist in the northern province of Balk, was attacked in his home by unknown assailants. They entered Jawahari's house, beat him up, vandalized his house and then left, according to Khaama Press, an Afghan news site.

On Jan. 29, Mohammad Zubair Khaksar, a government reporter in the eastern province of Nangarhar, was killed on his way home by a group of armed men, and on Jan. 20, seven staffers from broadcaster ToloTV were killed in a suicide bombing in Kabul. The Taliban claimed responsibility for that attack, and eight people from the militant Taliban-affiliated Haqqani network were arrested afterwards.

In response to the violence, Afghan President Ashraf Ghani issued a decree Jan. 31 reaffirming the government's commitment to the protection of journalists and in the investigations into the killing of journalists, Tolo News reported. However a report published in August from the Afghan Journalists Safety Committee said that the majority of threats and violence against journalists in the country during the first half of 2015 came from the government itself.