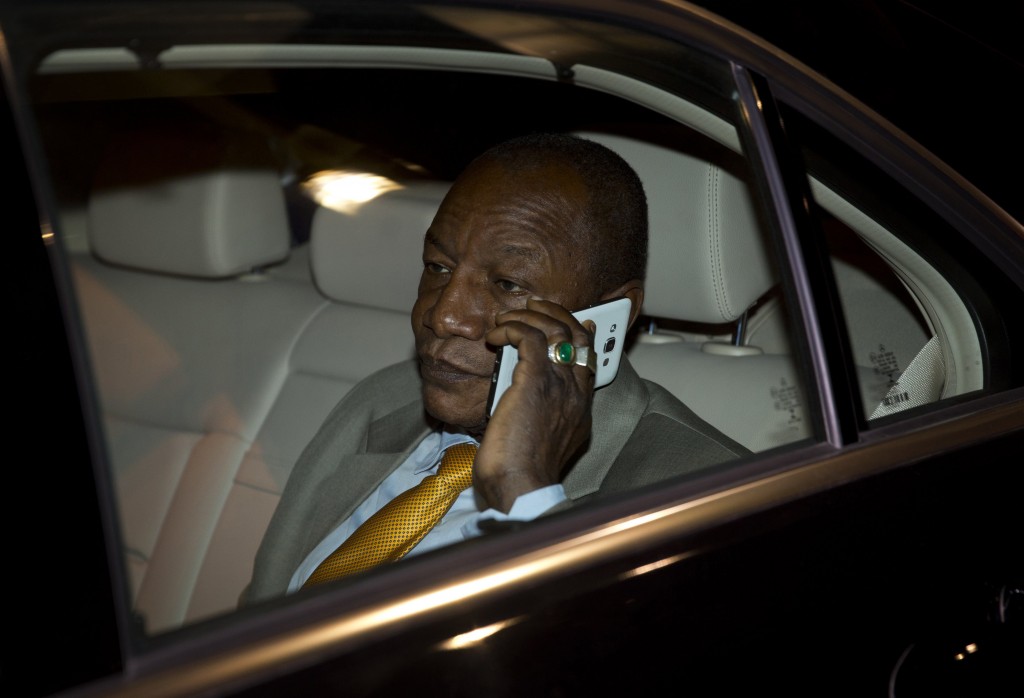 Alpha Conde, President of Guinea, arrives for the India Africa Forum Summit, at the Indira Gandhi International airport in New Delhi, India, Tuesday, Oct. 27, 2015. The four day summit takes place at the highest political level between the heads of government of 54 nations across Africa and the Indian government. (AP Photo/Saurabh Das)

A Guinean journalist died after being shot during a physical altercation between opposing political parties in Conakry, the capital of the French-speaking West African nation.

Mohammed Diallo was killed after being shot point-blank in the chest outside the headquarters of the opposition Union of Democratic Forces of Guinea on Feb. 5. Diallo, 30, a reporter for the news sites Guinee7 and Afrik, died on the way to the hospital, Reuters reported, citing witnesses.

The shooting happened during an altercation between security guards at UDF headquarters and supporters of the party's recently-removed vice president Amadou Bah Oury, who had gone to the building to challenge his ouster, Agence France-Presse said.

Both Oury and the UDF parties released statements assigning blame to the other, according to a report from the news site Guinee News.

The killing comes just four months after Guinea's President Alpha Conde won re-election to a second five-year term in October after he defeated UDF leader Cellou Dalein with nearly 58 percent of the vote.

Government officials announced they are opening an official investigation into Diallo's death, calling it an involuntary homicide, according to the website Africa News. Bah had only returned from exile in France in January after Conde pardoned him from a jail sentence related to charges from a 2011 attempt to assassinate Conde.

One journalist and two other media workers have  been killed in Guinea since 2014, according to the Committee to Protect Journalists. Guinea is ranked 102 out of 180 countries on Reporters Without Borders 2015 World Press Freedom index.