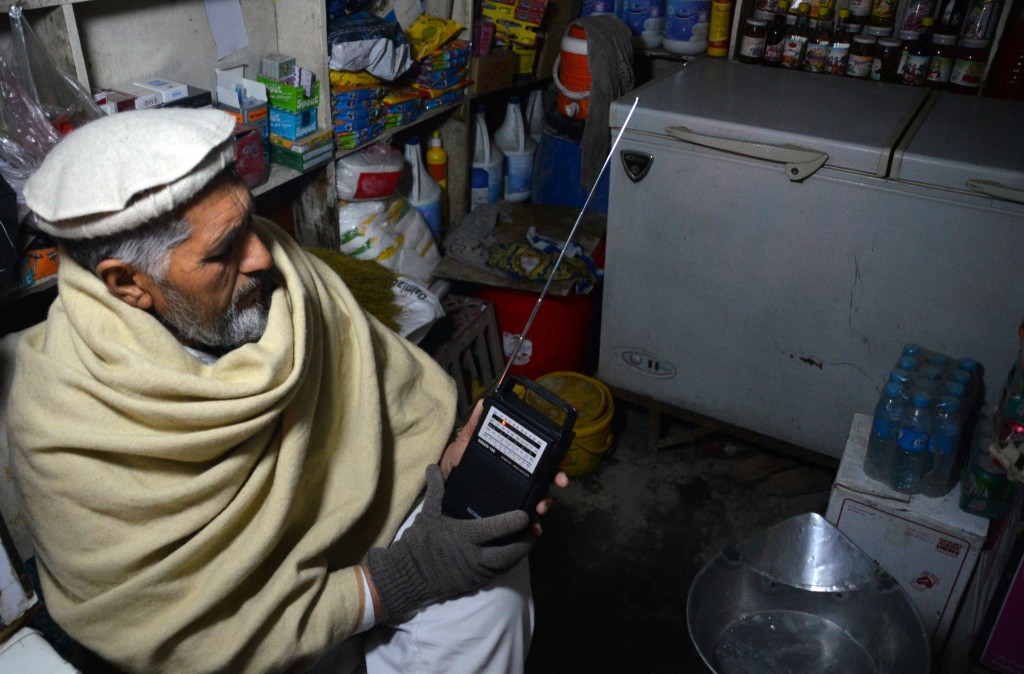 In this photo taken on Sunday, Jan. 10, 2016, an Afghan shopkeeper, listens to Islamic State Radio at his shop in Jalalabad, capital of Nangarhar province, Afghanistan. The Islamic State group in Afghanistan has adopted the media strategy of its mother organization in Syria and Iraq, including the production of grisly, professionally made videos showing battles and the killing of captives. But in impoverished Afghanistan, where few have access to the Internet, radio could prove more effective at recruiting fighters and silencing critics. (AP Photos/Mohammad Anwar Danishyar)

An Afghan state radio journalist has been killed by armed men on Jan. 29 in Afghanistan's eastern province of Nangarhar.

Mohammad Zubair Khaksar, a reporter for the local branch of the government-run network Radio Television of Afghanistan, was driving home from from a gathering when the attack occurred, according to The Frontier Post, an English-language daily in Pakistan.

No group has yet claimed responsibility. However, the attack follows broadcasts by the Islamic State militant group threatening journalists in Nangarhar on its “Voice of the Caliphate” radio, the Afghan news agency Khaama Press reported, citing Nai, a U.S.-funded Afghan media advocacy group.

The growth of the Islamic State's presence in Afghanistan has proven worrying for the Afghan government and its main ally, the United States. However the threat has also posed a challenge for the Taliban, which has been waging its own battle with the Islamic State for control of territory in Nangarhar and elsewhere in Afghanistan.

Both Islamist militant groups have shared an interest in attacking journalists. Khaksar's death follows a suicide bomb attack claimed by the Taliban that killed seven staffers from ToloTV Jan. 20. Prior to the recent attacks, five journalists have been killed in Afghanistan since 2014, according to the Committee to Protect Journalists.