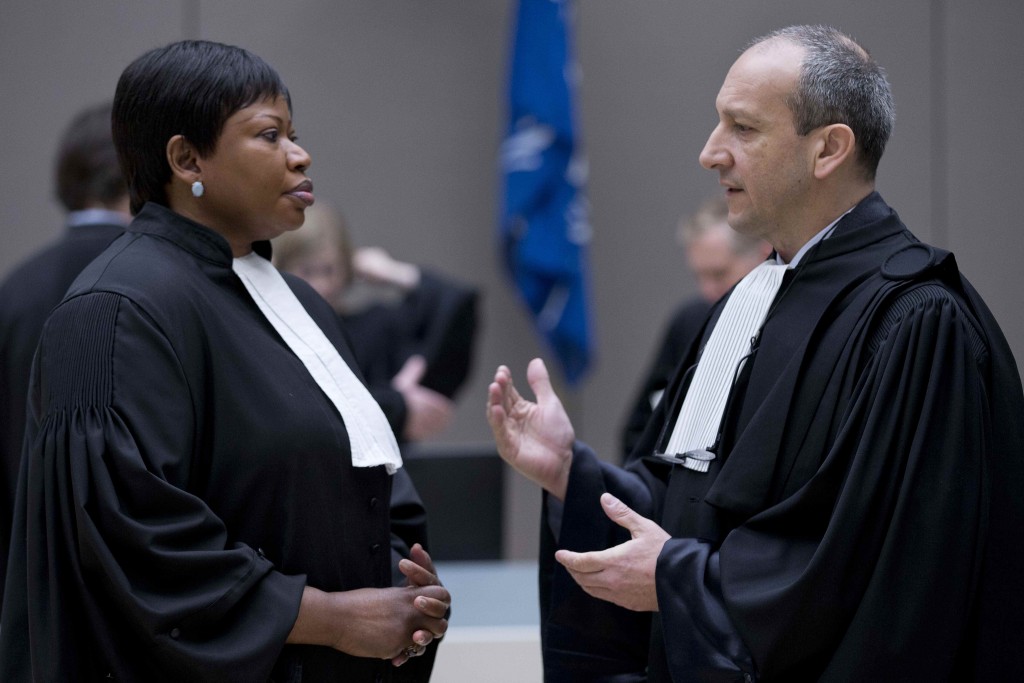 Emmanuel Altit, right, defense lawyer for former Ivory Coast president Laurent Gbagbo talks to prosecutor Fatou Bensouda as they wait for the start of his trial at the International Criminal Court in The Hague, Netherlands, Jan. 28, 2016. Gbagbo is in court along with a former youth minister Charles Ble Goude on charges of involvement in violence after 2010 presidential elections that left 3,000 people dead in Ivory Coast, once a haven of stability in West Africa. (AP Photo/Peter Dejong, Pool)

After wars in the former Yugoslavia and Rwanda killed nearly a million civilians, 120 nations came together to create what we know as the International Criminal Court. The goal: to prosecute those responsible for future genocides, crimes against humanity and other terrible war crimes.

But 13 years after it was created, the ICC has seen its share of controversy. Some African leaders are threatening to withdraw from the court for what they see as its unfair focus on prosecuting African cases. Others question the usefulness of a court that has convicted just two people in 13 years.

On this edition of Global Journalist, we discuss the controversies surrounding a court set up to prosecute the world's worst criminals.

Note this episode of Global Journalist is audio-only.