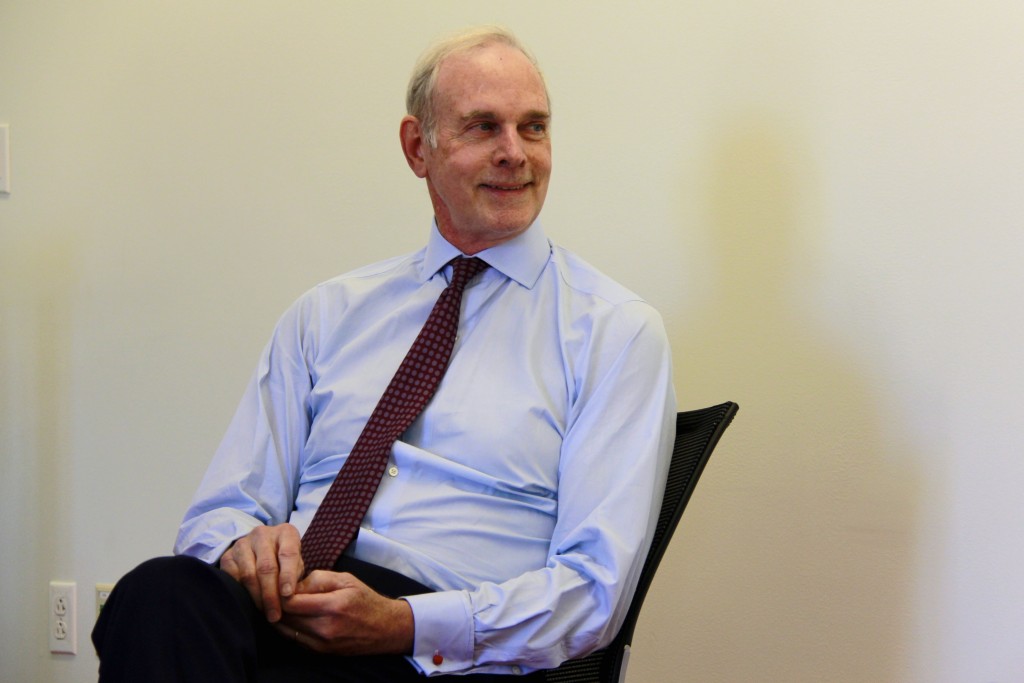 In Hederman's custody, The New York Review has thrived amid industry turmoil.

Rea Hederman isn't one to choose the easy path. In 1984, Hederman, recently dismissed from his family's Mississippi newspaper chain, purchased The New York Review of Books for a reported $5 million from its founding editors.

The Review may be the English-speaking world's premier intellectual publication of arts and ideas. But even before the Internet radically reshaped the media landscape, the long-term prospects were unclear for a newspaper that published letters to the editor that were sometimes longer than a Newsweek cover story.

Still, if you wanted a comprehensive analysis of the life of the 19th century art critic John Ruskin or an exceptional 7,800-word meditation on South African racial politics by Nadine Gordimer, the Review was for you. And under Hederman’s tenure as publisher over the past 31 years, it still is. Its roster of contributors have included Gore Vidal, Václav Havel, Norman Mailer, Martin Scorsese and Samantha Power. Hederman has retained the Review’s 86-year-old co-founding editor, Robert Silvers, and kept the biweekly’s tabloid format and unabashedly progressive and intellectual voice. No topic is off limits, and it can provide exhaustive essays on topics ranging from human rights in Ethiopia to the AMC series “Mad Men.”

“The New York Review can write about anything that it wants to,” said Hederman, in a recent speech at the University of Missouri after receiving a Missouri Honor Medal for distinguished service to journalism. “It can write about culture, art, music, politics and it’s all about Bob [Silvers]…My role as publisher is to make sure that we keep publishing and we keep investing in independent publications.”

Born into a wealthy and influential Mississippi newspaper family, Hederman got into journalism seeking redemption. The Hederman papers were notoriously racist: The Clarion-Ledger of Jackson, Miss. covered Martin Luther King’s 1963 March on Washington with a front-page headline that read: “Washington is Clean Again With Negro Trash Removed.” When the federal government sought to force the University of Mississippi to integrate in 1962, the newspaper urged white Mississippians to take their guns to campus to make sure James Meredith would not be enrolled.

Days after finishing his graduate studies at the Missouri School of Journalism, Hederman was made editor of a weekly newspaper owned by his family in Canton, Miss. in 1971. Later that same year, the U.S. Supreme Court ordered that busing programs could be used to integrate public schools. The order led whites in Canton, a town where about 60 percent of the population was African-American, to pull their children from public schools and place them in a whites-only private academy. Hederman recalls writing about the whites stripping the public schools of furniture, bleachers and even football stadium lights as they left.

It was a new step for the newspaper and the reporting “drew an enormous amount of hatred and mail and death threats,” says Hederman, in an interview with Global Journalist. “…It became to me an obligation to write about it, but I was writing about it in a way that I saw was factually accurate.” After three years in Canton, Hederman was summoned to his family’s flagship paper in Jackson, the Clarion-Ledger, where the editor had recently retired. Hederman set about making changes in the state’s largest publication.

He ended the practice  of running press releases verbatim in the newspaper and hired more reporters, many of them young and from the North. The Clarion-Ledger began to cover city government and the Mississippi legislature with its own reporters instead of relying on wire services. Under Hederman, the paper hired African-American reporters and began reporting on the black community, something it had largely ignored previously, and ran a series on police brutality towards blacks. It angered Mississippi’s major universities by covering football as news rather than publicity, and its reporting sometimes ran afoul of the Hederman clan’s business interests or that of family friends.

“There were a lot of stories that we did that impacted the community and impacted the family,” said Hederman. Newspaper families “...were always very important in communities. They had a lot of friends and a lot of people that wanted to be friends with them because they wanted to influence the coverage of the paper. But I kept myself isolated from the community in a certain way and our reporters were isolated…stories that we worked on we did not disclose to anyone else in the newspaper building for fear there would be family interference...and often there was.”

In spite of the challenges, the paper began to win awards for work on poverty among rural African-Americans and the different ways blacks and whites were treated by Mississippi’s criminal justice system. Hederman also won growing resentment from his family. One flashpoint came when the newspaper won a Robert F. Kennedy award, a prize then presented by Sen. Edward Kennedy. “One of the things I think that made them particularly angry was when we won the Robert Kennedy award for journalism, several members of my family said ‘we have never liked the Kennedys and we don’t think we should accept this award,” said Hederman.

In response, Hederman used his own money to pay for eight newspaper staffers to go to Massachusetts to accept. By 1982, three of the five branches of the Hederman family that controlled the newspaper had seen enough. Hederman was fired–just months before the Clarion-Ledger won its first Pulitzer Prize for a project initiated under Hederman. Soon afterwards, his family sold its collection of newspapers to Gannett for $110 million.

To Hederman, the decision to buy The New York Review of Books two years after leaving the Clarion-Ledger was a logical one. Founded in 1963 when a strike temporarily closed the New York Times Book Review, the publication had long published essays smuggled from behind the Iron Curtain by dissidents like Havel and Andrei Sakharov, a tradition Hederman admired. After buying the Review, Hederman left the editorial work to Silvers and then co-editor Barbara Epstein and became publisher. “He improved everything about the paper’s circulation and business,” said Silvers in a 2014 interview with The Atlantic.

Those efforts included expanding its book-publishing division and stepping up its sales of gifts and branded merchandise. As far as Hederman was concerned, by making more money for the magazine, editors of the Review would have more resources at their disposal to put toward their writers. Today the publication’s circulation is steady at 135,000 in print and another 15,000 online. Its ad revenues are flat, something Hederman considers an achievement in an era of sharply declining revenues elsewhere in print.

Nor is the technological revolution radically reshaping Hederman’s vision for the publication. “It’s a collection of the best writers writing on the most important subjects,” he said, adding that five years from now, “I see it doing exactly the same thing it’s doing now.