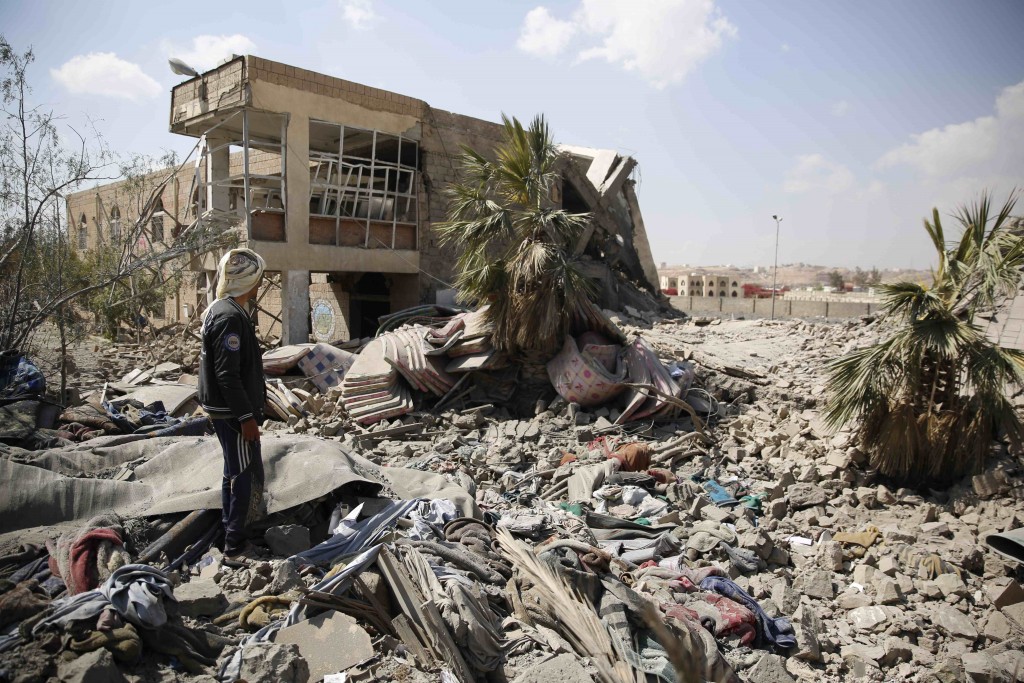 An employee inspects the rubble of the Youth and Sports Ministry's building that was destroyed by Saudi-led airstrikes in Sanaa, Yemen, Jan. 17, 2016. (AP Photo/Hani Mohammed)

A Yemeni freelance reporter has been killed by a Saudi-led coalition air raid outside Yemen’s capital Sana'a while on an assignment for Voice of America, the U.S. sponsored news network said. The strike killed 25 other people. Almigdad Mojalli, 34, reported for VOA, IRIN — a U.N.-backed news network covering humanitarian stories — and other news outlets. He was looking for witnesses to recent airstrikes when the coalition targeted a building used by police in Sana'a shortly before midnight on Jan. 18.

Mojalli was wounded by shrapnel from a bomb and died before he could be given medical assistance, according to the Committee to Protect Journalists.

Bahir al-Sharabi, another Yemeni journalist who was with Mojalli, told CPJ he did not think he and Mojalli were the airstrikes’ targets, and nothing on their vehicles and clothing identified them as press.

Mojalli had been reporting for VOA since October. He also assisted other international news outlets as a fixer in covering the conflict, which began in September 2014.

“Truth telling on the ground in the midst of conflict is a serious endeavor,” said Kelu Chao, VOA's acting director in the company's tribute to Mojalli. “Reporting on the tragic nature of war requires fortitude and a willingness to take risks. Mr. Mojalli was a fine journalist and an example for us all.”

Saudi Arabia and a number of other Sunni Muslim states began air raids in Yemen in March targeting Shi'a Houthi rebels who have captured much of the country from Yemen's previous government. At least five journalists, including Mojalli, have been killed in airstrikes by the U.S.-backed Saudi-led coalition in the past 10 months, according to the Committee to Protect Journalists.