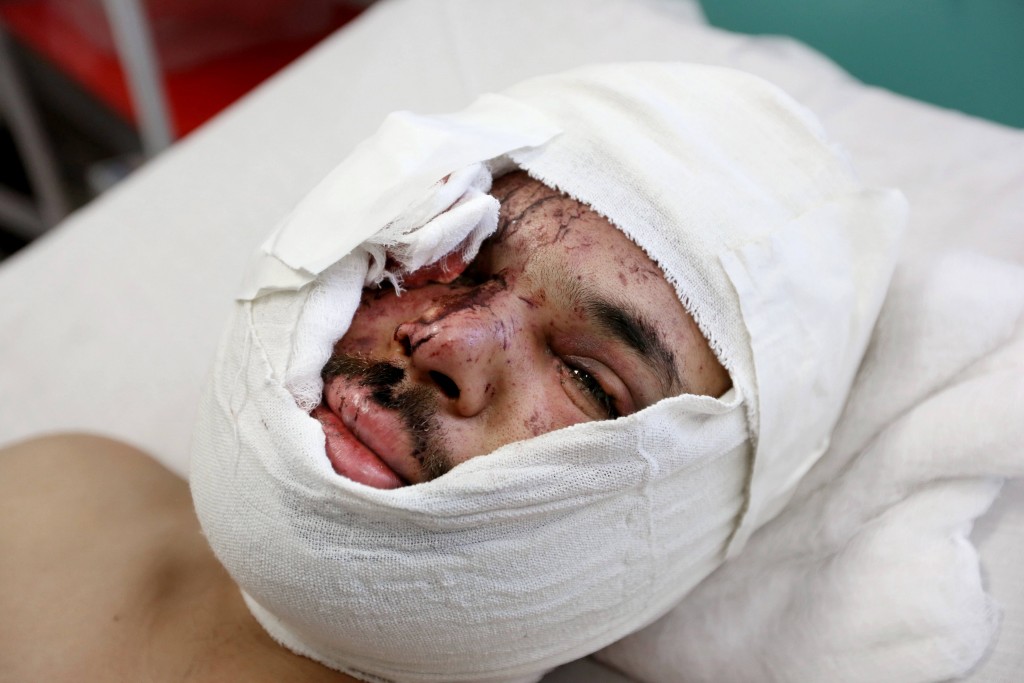 Hasib Sadat, an Afghan journalist injured from yesterday's suicide attack near the Russian Embassy, lays on a bed at a hospital in Kabul, Afghanistan, Jan. 21, 2016. A deadly Taliban attack on a bus carrying employees of Afghanistan’s biggest TV station drew widespread condemnation on Thursday as an attack on freedom of speech and the country’s young and fragile media sector. A suicide bomber struck the minibus with workers from Tolo TV, owned by the private Moby Group, the country’s biggest media organization. (AP Photo/Rahmat Gul)

Afghan officials have arrested eight members of the country's militant Haqqani network in connection with a Jan. 20 suicide bombing that killed seven staffers from an Afghan television station in Kabul.

The bomber rammed an explosives-laden car into a minibus carrying journalists and other staff from the country's Tolo TV Jan. 20, according to the station and news reports. Another 26 people were injured, many of them station staffers.

The arrests of members of the Taliban-linked group were reported Jan. 22, and came three months after the group vowed to target Tolo TV and another Afghan network for reporting alleged atrocities committed by the Taliban during fighting in the city of Kunduz.

After the Taliban briefly captured Kunduz in September, Tolo TV reported that members of the group raped girls in a student hostel in the city. The Taliban issued a statement denying the report, calling it "shameless propaganda" and designated Tolo, the country's largest TV network, a "military objective."

After the attack the group issued another statement saying it had "made good on its promise of targeting Tolo TV," which it called an outlet aimed at "promoting obscenity, irreligiousness, foreign culture and nudity."

The attack was condemned by the Afghan government and rights groups including New York-based Human Rights Watch. “The targeting of journalists reflects a depraved strategy to make media freedom a casualty of the ongoing conflict,” said Patricia Gossman, a senior Afghanistan researcher for the group. “Designating journalists and other civilians as ‘military targets’ does not make them so, and deliberately attacking them constitutes a war crime.”

Created in 2004, Tolo TV was the first private news channel in the country and created Afghanistan's first 24-hour news channel.