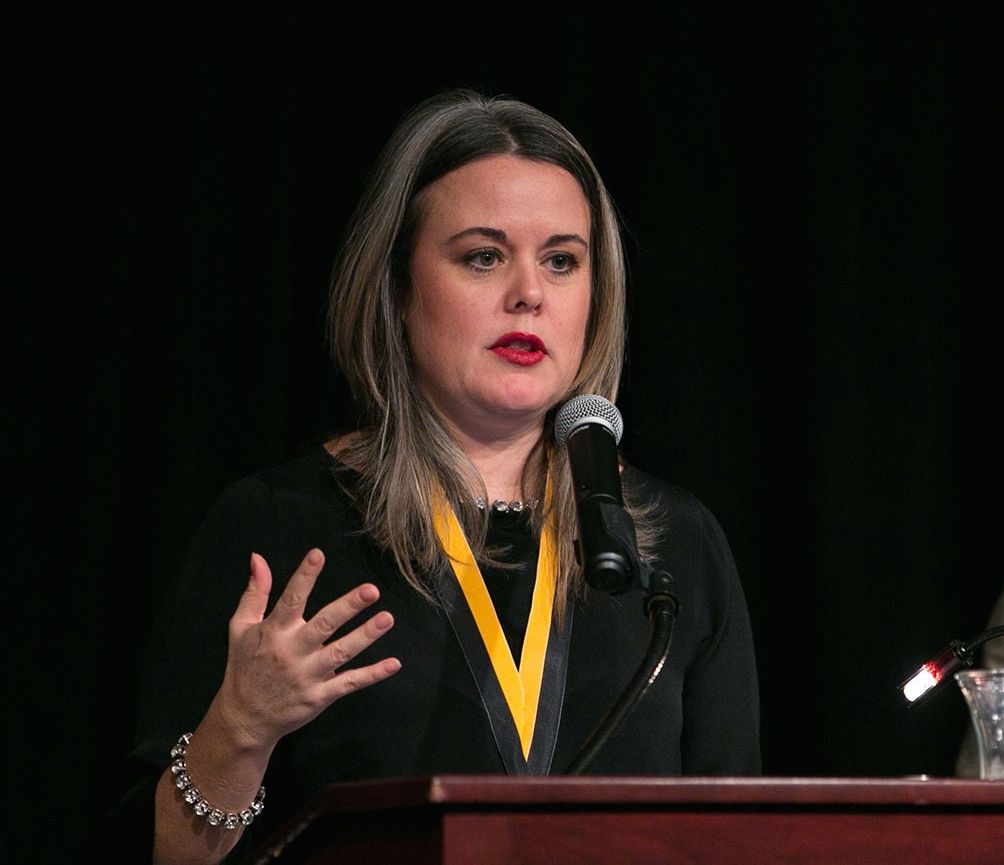 The digital age changed the way people get their news. But as it shifts from coming heaved to a doorstep by a child on a bike or via a 6:30 pm news anchor to being always accessible on handheld gadgets, technology has also revolutionized how journalists report and produce.

At the forefront of the changes for both the public and journalists has been Meredith Artley. Named editor in chief of CNN Digital in November 2014, under Artley's tenure the online arm of the Atlanta-based network topped Yahoo News to become the world's most popular digital news site as measured by a host of metrics last year.  "Being mobile is the present," said Artley, in a recent talk at the Missouri School of Journalism, where she accepted an award on behalf of CNN Digital. "We're all digital."

Artley graduated from Missouri's journalism school in 1995 with a major in broadcast journalism, but quickly shifted her focus to what was then a technology in its infancy. Her first job was as a web producer at NYTimes.com, where she says she worked long hours for low pay doing the unglamorous job of digitally cutting and pasting New York Times newspaper articles onto its website for publication. The goal was to do it fast, "but not before [the paper] is on the newstands," she says.

As the Times' site evolved she advanced to managing a team of producers and editors, and was part of a group of Times' journalists that won a Pulitzer for its 2000 "How Race is Lived in America" series. In 2002 she moved to Paris to become digital development director and editor for the International Herald Tribune and stayed until 2007, when she was hired as managing editor of the Los Angeles Times and executive editor of LATimes.com. In just two years, Artley helped the site double its traffic before she left to join CNN.

Artley was promoted to the helm of CNN Digital just before its launch in January 2015. The new web presence for the network featured more videos, more social media sharing features, and greater accessibility across a range of mobile devices. She has also continued CNN's iReport initiative to tap citizen journalists for news, even as she says the network continues to use "old-school journalism verification" to ensure accuracy.

Looking back, Artley says the process of evolution for news organizations took a change of mindset from editors who grew up in a different age of journalism. “we realized we can do more and different things on the world wide web, and that led into us asking: wait, we get how many people coming to our site? Too bad there’s no money in the web,” she said, “That led to: Wait, we make how much money off of digital?”

Artley advises that young journalists carefully consider the areas of journalism that have the greatest opportunity when shaping their career. As important is having the right outlook on a profession in a state of turmoil. "You don't have to do anything in journalism, you get to do" it, she said. "You should replace 'have to' with 'get to.' You get to be more creative and you get to be more curious than ever."