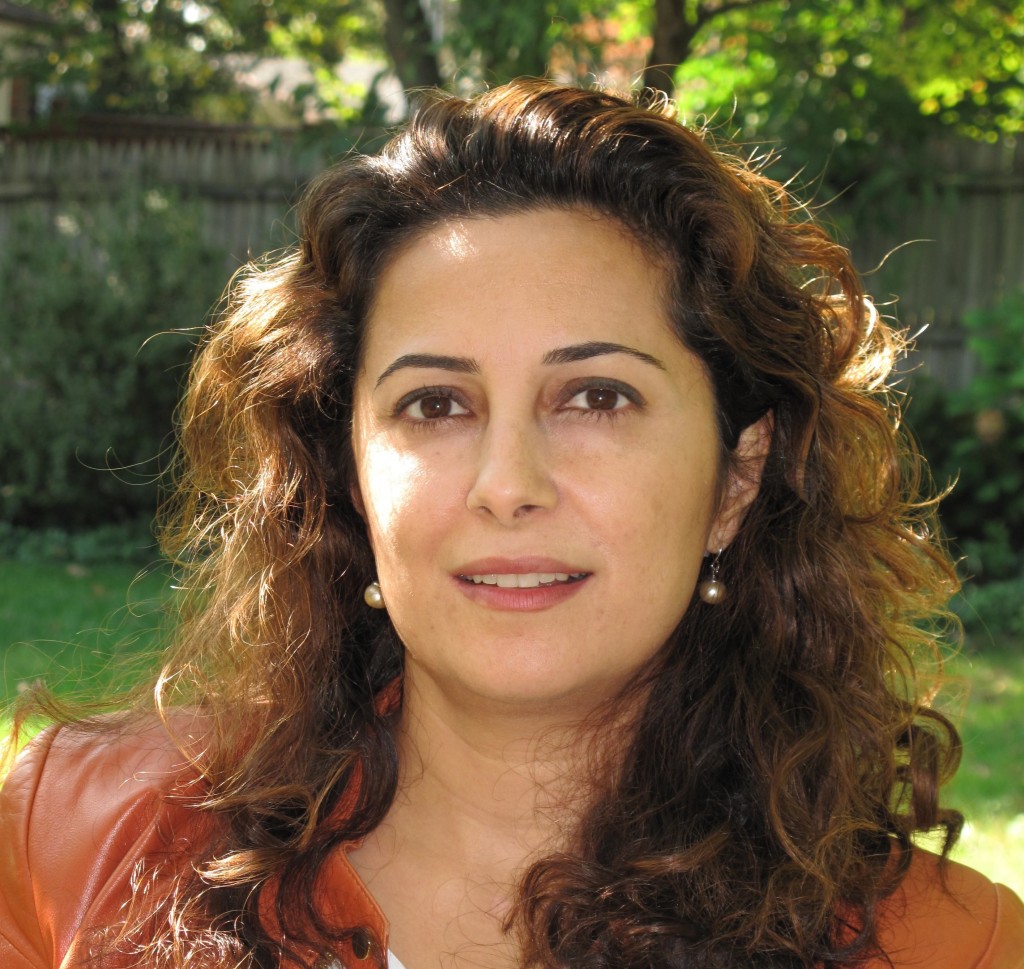 "He said to me that it was dangerous outside because he knew that a photo had been given to snipers to shoot me."

Nazila Fathi's trip to Canada had been planned as a family vacation after she finished covering Iran's 2009 election for the New York Times.

But the election ended in unrest. Supporters of reformist candidate Mir Hossain Mossavi took to the streets protesting results that showed hard-line incumbent Mahmoud Ahmadinejad the winner. Hardline militias and Iran's internal security responded with a crackdown on those protesting and on the media covering the demonstrations. Fathi had been working for the Times in Tehran for nearly two decades, and knew well the dangers reporters face in Iran. Still, she was terrified when plainclothes security forces began staking out her apartment. With her two young children and her husband, Fathi boarded a late-night flight to Canada for what was no longer a vacation but exile from her home country.

The author of the 2014 book "The Lonely War: One Woman's Account of the Struggle for Modern Iran," Fathi, now a communications officer at the World Bank's private sector lending arm in Washington, D.C., spoke with Global Journalist's Adam Sturrock about growing up and reporting during Iran's four decades of political upheaval and cultural change.

GJ: You lived in Iran both before and after vast religious and cultural changes in 1979, how did the Iranian Revolution change society?

Fathi: Life was very different after the revolution, even for me as a child. First of all, there was a lot of instability and insecurity immediately after the revolution. People we knew were being rounded up, people were arriving in prisons, people were being executed. So that fear when the whole town is picked up, when something could happen to them, it was very imminent and very close – it was a very terrifying time.

But in addition to that, shortly after the revolution, [Ayatollah] Khomeini and the Islamic supporters of the regime started changing the laws in place that affected people immediately. For instance, about a year after the revolution, women were required to cover their hair, to wear long cloaks to hide the shape of their body. When I studied in fourth grade in elementary school, I had to wear a headscarf and these were great [sweeping] changes for a child of my age.

GJ: How difficult was it to conform to these changes? Fathi: I don’t think I ever conformed to them, I always hated them. I would say a big population of my generation - all of my friends – we never conformed, we never respected it, we always hated it. When I was a grown-up, having worn the headscarf for a few decades, I never got used to it. It always made your head itchy. It was uncomfortable. It limits your mobility. It’s hard to drive with your headscarf around your hair, it takes away from your peripheral vision.

It wasn’t a question of conforming to the new laws, it was more of a question of fighting them, not giving in to the homogeneity that the Islamic republic wanted to impose on its people. We always fought back and I think that’s why the Islamic dress that you see in Iran now is very different. There is a lot of color now, women are practically showing most of their hair now. The clothes are not [cut] in a way that would cover the shape of the body and I think this is the result of the opposition to these laws in a time when people do not want to become the walking symbols of the regime.

GJ: As a female journalist, do you think you were targeted more? Did people treat you differently?

Fathi: Sometimes, yes. But there were other times I felt that I had better access than men.

There was a time when I couldn’t get work permits. I was not allowed press credentials because the person who was in charge of issuing permits for foreign reporters, he just didn’t want a woman to work for the New York Times, and for next few years, he said this to my face that he wanted a man to work for the New York Times instead of a woman. I don’t know if he didn’t take me seriously or he thought that a man would have better access.

GJ: Can you point to a specific time when the threats against you started? Or were the threats always there for a reporter in Iran?

Fathi: It actually started after the protests broke out. I got a phone call from one of the commanders that I had met during the protests. He was the commander of pro-regime forces - the vigilante forces – but I had gone to his office and interviewed him and he gave me a friendly call. He urged me not to go out anymore, but we had already received letters from the government that said we were banned from going out on the street and covering the protests.

He called to tell me that he knew or was told that I was still going out and he said to me that it was dangerous outside because he knew that a photo had been given to snipers to shoot me. I thought he was trying to intimidate me so that I wouldn’t go out, so I continued going out but a few days later I was leaving my house I noticed that there was a big surveillance team parked near my home and when I left my driveway they started following me. It was then that I was really terrified. I went around the block a few times and went back home – I never left my apartment until three days later, which was when I went to the airport and left the country. GJ: Were you ever in doubt that you'd be able to get out of the country? How do you prepare your family for this sort of thing?

Fathi: I had made plans for a vacation in Canada. I’m Canadian, with my family we would spend summers in Canada every year – so I had made plans for this vacation about nine months earlier, I bought us tickets. I informed my editor that I was scared to stay in the country, so I was going to use those tickets and leave.

We noticed that the surveillance team outside our home was coming in the morning at 8 a.m. and leaving at 12 a.m. at night and our flight was at 5 a.m.

In the afternoon of the day before we left, I called the minister of culture who was responsible for the safety of reporters and press credentials. I told him about the surveillance team and said that I was very afraid. What I was concerned about was that they would come into our home and arrest me in front of my children – my children were three and five then. It had happened to other people, that they had been dragged away in front of children and I didn’t want my kids to witness such a thing.

I told him that if they wanted to arrest me, they wouldn’t do it in front of my children. They said that they would ask around, people would call me back and after a few hours, a person from the ministry of culture called me to tell me that I should definitely leave that night, that I shouldn’t worry that anything was going to happen.

GJ: What was the hardest thing about moving from Iran?

Fathi: In my case, my husband had a job in Iran. He had returned to Iran after having lived in America for about 10 years. He came back to Iran in his early 20s and he started a business.

I had worked in Iran almost all of my adult life and we both had careers we had chosen. When we left Iran we thought that we were just leaving Iran for a vacation and that we would go back.

We kept on putting off our return for about six months, and that’s when we realized, ‘No, we’re not going back, we’re actually in exile.’

There was a lot of trauma involved because you’re suddenly uprooted. You’re struggling to make a new life in a new home for yourself. You feel quite transient to those that are near and it takes a psychological toll on you. Immigration is quite a hard process but when you immigrate you prepare yourself psychologically for moving and for facing a lot of problems.

I don’t think we were psychologically ready for it. We felt very displaced and were drifting for about two years. You start feeling what being in exile really is. In the early years we were struggling to find our place in society, to have a new identity. But now we are coping with the realities of being in exile. We have elderly parents and loved ones who are still in Iran – something could happen to them and we can’t be there for them, we can’t go back and be there for them. It’s very hard.

GJ: Do you think someday it will be safe enough for you to return? Would you want to move back to Iran with your family?

Fathi: A lot of people left after the 1979 revolution including a lot of my old friends. They waited for a long, long time to [in hopes of moving back] to Iran. I had heard their stories. when we learned that we were in exile, we made a very conscious decision not to do what they had done.

We decided to make this place called the United States our home. We’ve been successful at doing that, we feel pretty comfortable here. We now appreciate that we’ve been given the second chance to live in a great place where our children have more freedom and for them to have more opportunities. But I definitely want to go back to Iran...I am absolutely sure that I will go back one day.