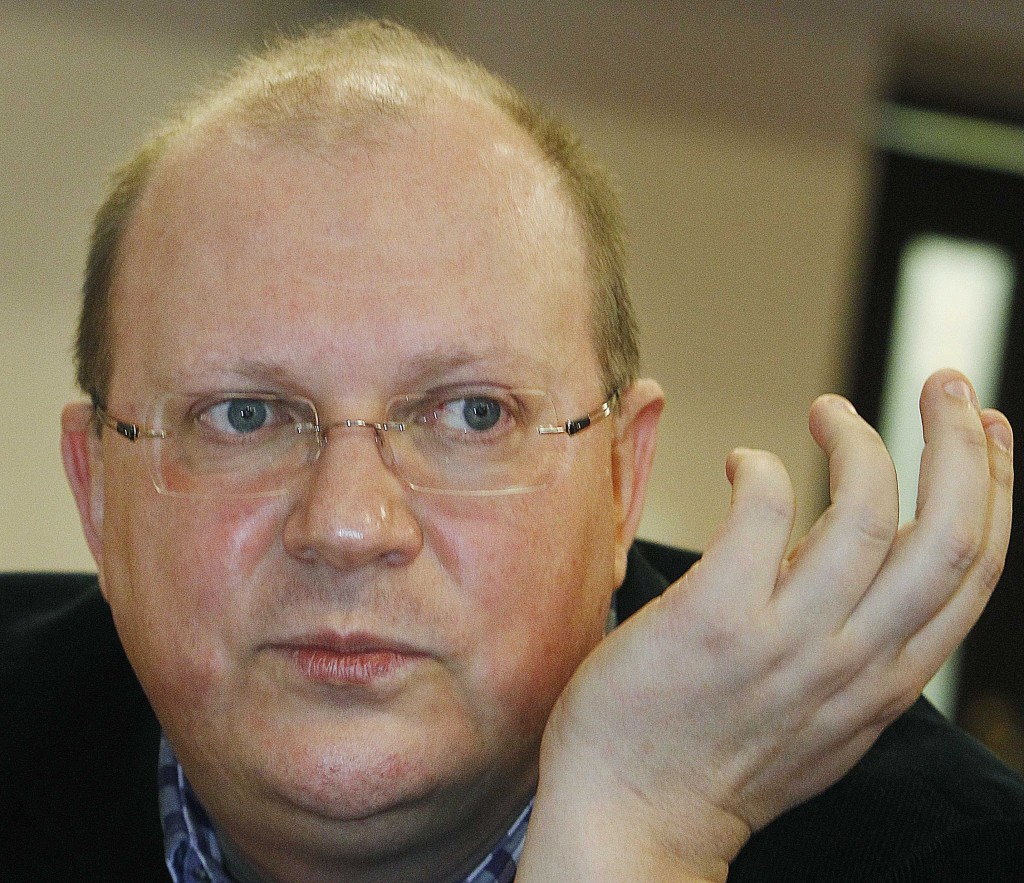 this photo from Jan. 12, 2015, shows Leonid Sviridov, a journalist for the pro-Kremlin news agency, speaking to The Associated Press in Warsaw, Poland. The Polish Internal Security Agency has accused Sviridov of posing a threat to Poland’s security and says he should be made to leave the country. Though authorities have never explicitly said he is suspected of espionage, Sviridov says that he what he believes he is is suspected of. He insists he is innocent. Warsaw regional authorities ruled Wednesday, April 29, 2015, that it agrees with the security’s agency’s assessment of him being a danger to the Polish state. The decision, however, can still be appealed to the Office for Foreigners, another state body. The case comes amid deep tensions between the West and Russia over Moscow's actions in eastern Ukraine.(AP Photo/Czarek Sokolowski)

A Russian journalist has been forced to leave Poland after Polish authorities accused him of posing an unspecified threat to national security.

Leonid Sviridov has worked as a journalist in Poland for more than 15 years as a correspondent for RIA Novosti, which is part of the pro-Kremlin Rossiya Segodnya news service, according to news outlets including Voice of America. He was expelled from the former Soviet-bloc country Dec. 12.

Polish authorities did not give specifics as to why they considered Sviridov a threat and the journalist was not given access to the evidence against him, he said in an interview with the Associated Press. He had been declared a "danger to the Polish state" in October 2014 by Poland's foreign ministry and his journalist permit was stripped by the government. That move came after Russia detained a Polish army officer and a Russian-Polish lawyer on suspicion of spying for Russia. Svidorov has denied that he is a spy.

The move comes amid continuing tension between Russia and Poland over Russia's annexation of Ukraine's Crimea peninsula and its support for rebels in eastern Ukraine. Poland is a close ally of the Ukrainian government.

Sviridov has vowed to appeal the case through the Polish courts and if necessary, to the European Court of Human Rights, according to Radio Free Europe/Radio Liberty.

"It's not his views and it's not what he wrote that is key," Kozlowski said, according to the Associated Press.

Poland’s press status is “free” according to Freedom House. The Polish media environment is predominantly private and considered highly diversified. The country currently ranks 18 of 180 countries in Reporters Without Borders' Press Freedom Index.