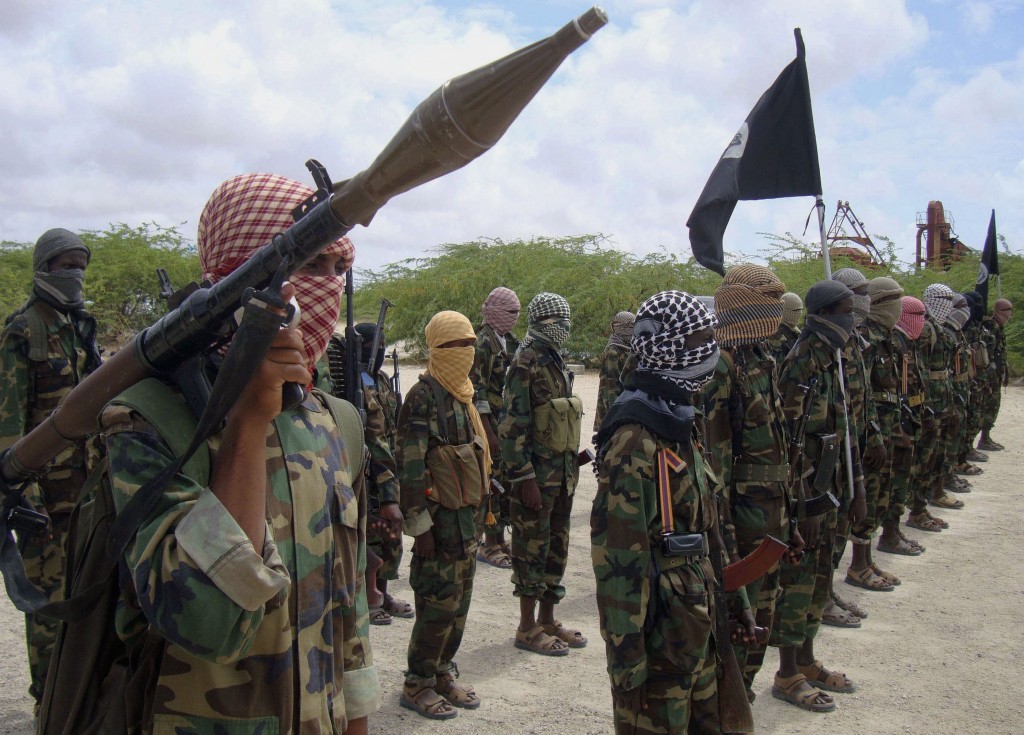 FILE - In this file photo of Thursday, Oct. 21, 2010, al-Shabaab fighters display weapons as they conduct military exercises in northern Mogadishu, Somalia. When Somalia's al-Qaida linked rebels withdrew from their bases in the capital last month, a host of explanations were offered: being outgunned or out of cash, splits in the movement, a devastating famine in their strongholds. Added to those woes was a problem familiar to politicians the world over: tax collection.(AP Photo/Farah Abdi Warsameh)

A car bomb in the Somali capital Mogadishu has killed a broadcast journalist who was the widow of another reporter killed three years earlier in a suicide attack on a café in the same city.

Hindiya Haji Mohamed, a reporter for Radio Mogadishu and Somali National TV, a state-run media outlet, was on her way home from a university Dec. 3 when a bomb detonated in her car, news outlets including Agence France-Presse said. Hindiya was taken to a hospital after the attack but later died of her injuries.

The Islamist militant group al-Shabab, which has a history of targeting journalists, aid workers and officials for Somalia's struggling central government, claimed responsibility for the attack in a statement read on a pro-Shabab radio station, Bloomberg News reported.

National Funeral Service held for our colleague, Hindiya Haji Mohamed in Mogadishu today. May her soul rest in Janna pic.twitter.com/Tzr0wrdjOn

Hindiya's husband, Liban Ali Nur, the head of news for Somali National TV, was killed in 2012 in a suicide bombing by Shabaab supporters at a café across the street from the country's National Theatre in Mogadishu. That attack killed 13 others, including the director of the Somali station Radio Hamar, Abdirahman Yasin Ali, and the chief of news for Radio Mogadishu, Abdisatar Daher Sabriye. Mohamed and Nur are parents of seven children, according to the Committee to Protect Journalists.

Reporters face threats from both Somalia's U.N.-backed government and al-Shabab. The Qaida-affiliated group, which withdrew from Mogadishu in 2011, still controls swathes of rural areas in southern Somalia where it imposes a harsh form of Shari'a law.

Earlier this year, the Somali government banned the media from calling al-Shabab by its name, instead ordering the use of the acronym UGUS, which translates from Somali to “the group that massacres the Somali people,” according to the BBC. Al-Shabab responded by saying that it would not tolerate being called names, nor would they tolerate journalists taking sides, according to al-Jazeera.