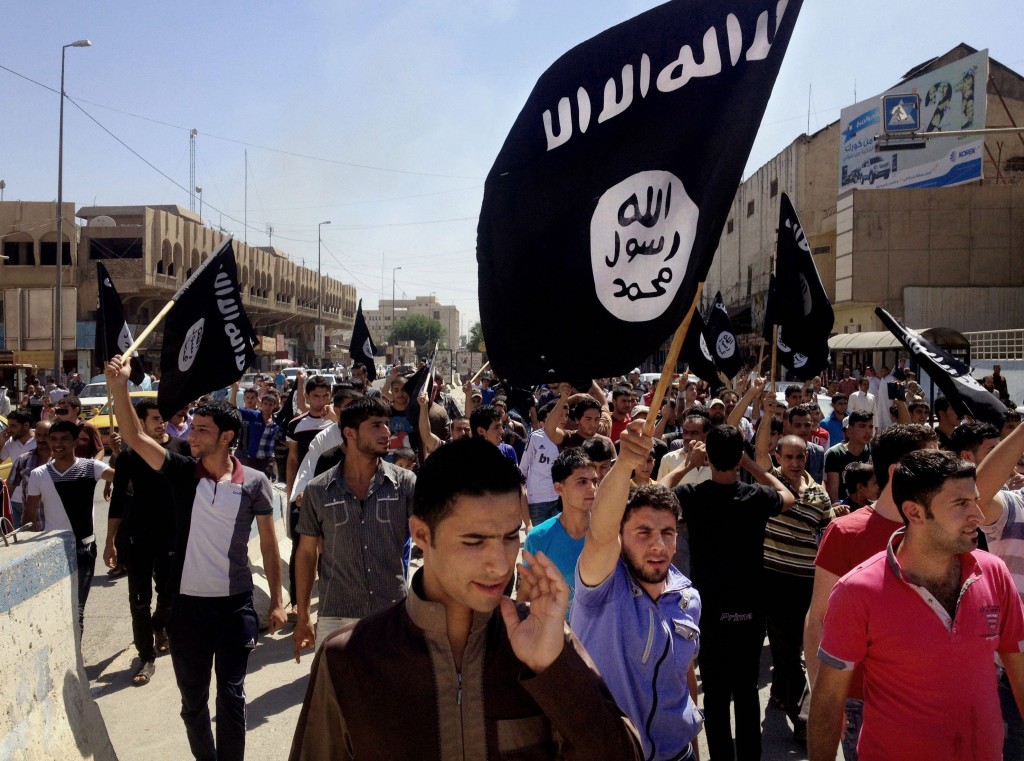 FILE - In this June 16, 2014 file photo, demonstrators chant pro-Islamic State group slogans as they carry the group's flags in front of the provincial government headquarters in Mosul, 225 miles (360 kilometers) northwest of Baghdad. The Islamic State group holds roughly a third of Iraq and Syria, including several strategically important cities like Fallujah and Mosul in Iraq and Raqqa in Syria. (AP Photo, File)

Two Syrian journalists and activists have been found beheaded in an apartment in the city of Sanliurfa in southeastern Turkey. No one has claimed responsibility.

The collective Raqqa is Being Slaughtered Silently (RBSS) tweeted one of their members was "slaughtered" along with a friend. Ibrahim Abd al-Qader was the executive director of RBSS as well as one of its founders. His friend, Fares Hamadi, worked for Eye on the Homeland, a Syrian media organization. Their bodies were found Oct. 30, news agencies said.

One of our member called " Ibrahim " and another friend called "Fares" was found slaughtered in their house in Urfa pic.twitter.com/6xkQ9S3Jcr

Founded in April 2014, RBSS members document "atrocities committed by" the Islamic State, or ISIL, on the civilian population in Raqqa.

"We are the sons of this country," al-Qader said in an interview with NBC News in 2014." If we do not spread the sound of our suffering to the whole world, to see the violations of Daesh [ISIS], who will?"

The group anonymously films and reports on public lashings, crucifixions, beheadings and the implementation of draconian social rules by ISIL in the city, and passes them out to both local and international media.

In July 2015, Abu Mohammed, an RBSS founder who lives outside Syria, told the Committee to Protect Journalists that many members received phone calls threatening their lives if they did not cease publishing.

But the greatest risk to RBSS members is in Raqqa, the de facto capital of the Islamic State.

"Cameras have been placed to monitor anyone suspected of working for us," Mohammed said, in an interview with the New York-based press freedom group.. "If a suspect is caught in the street, they will be killed in front of everyone."

In May 2014, another RBSS member, Al-Moutaz Bellah Ibrahim, was kidnapped by the Islamic State and murdered.

Since the start of the Syrian conflict in 2011, 85 journalists have been killed in the country, 81 of them directly because of their work, according to CPJ research.