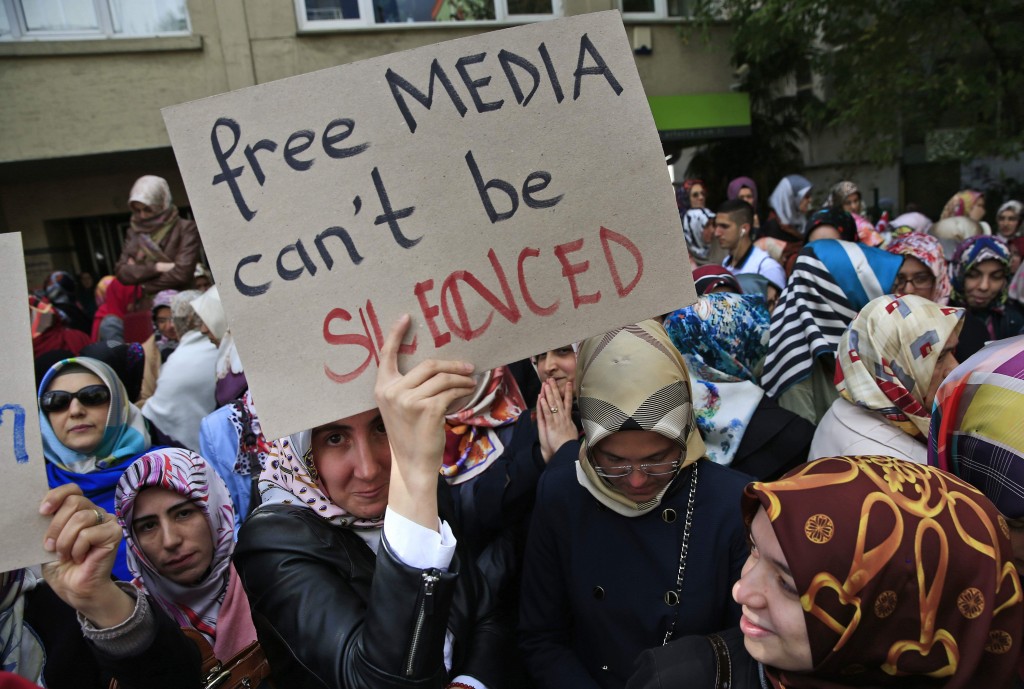 A Turkish opposition media group shuttered by the government has laid off dozens of employees even as it is appeals a judicial ruling ordering its closure just days before Nov. 1 parliamentary elections won by the ruling AKP party.

A total of 58 staff at the Koza İpek Media Group have been laid off after an Oct. 28 raid on the Istanbul offices of the company, Turkey's Hurriyet Daily News reported. Those affected worked for Koza İpek's Bugün and Millet daily newspapers and the television stations Bugün TV and Kanaltürk.

Police used water cannons and tear gas to disperse protesters in the 10 hour raid, which occurred just four days before the country's parliamentary elections.  The raid came as prosecutors probed the company's links to U.S.-based cleric Fetulleh Gülen and his "Hizmet" movement, which has been critical of President Recep Tayyip Erdogan and the AKP party.

The television channels continued to broadcast during the raid before police cut the signal,  according to Today's Zaman, a Turkish newspaper. A journalist working for Bugun TV tweeted updates from the control where many employees had barricaded themselves while the chief editor, Tarik Toros, continued the broadcast.

Koza İpek has appealed an order allowing the company to be run by trustees during the probe by the Anakara public prosecutor, Hurriyet said. The raid is part of a continuing media crackdown in Turkey that has continued in the days since the Nov. 1 elections. Two editors for the Turkish magazine Nokta were arrested Nov. 3 on charges of inciting an armed uprising against the government following the AKP's victory, the Associated Press said.

In the past ten months police have conducted raids on newspaper buildings, journalists have been arrested for “insulting” the president and journalists have been jailed for reporting on the Kurds. Turkey is in the midst of "a severe deterioration of press freedom and media freedom and broader freedom of expression," said Karin Deutsch Karlekar, director of the PEN American Center's Freedom of Expression program, in an interview with Global Journalist Oct. 29.