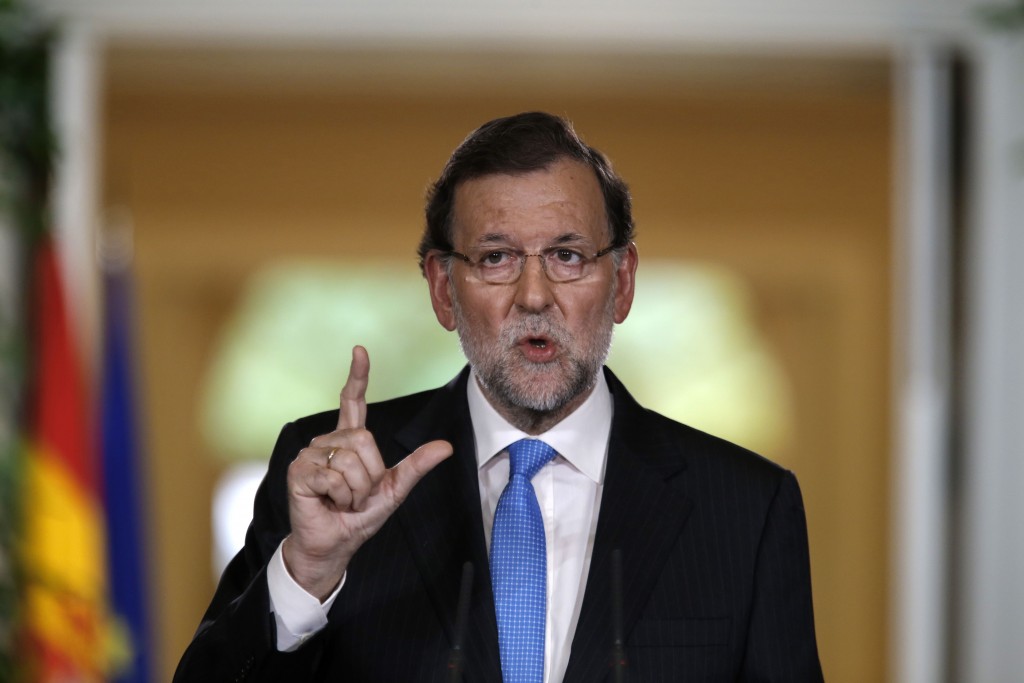 Spanish Prime Minister Mariano Rajoy talks to journalists during a news conference following a cabinet meeting at the Moncloa palace, the premier's official resident, in Madrid, Monday, Oct. 26, 2015. Rajoy on Monday signed a decree formally dissolving Parliament and calling general elections Dec. 20, using the occasion to do some campaigning by praising his government's handling of the severe economic crisis. (AP Photo/Francisco Seco)

One of Spain's largest and most prestigious newspapers has dismissed an opinion columnist after he criticized the the publication for stifling criticism of the government and business interests in order to protect its balance sheet.

The Spanish newspaper El País dismissed columnist Miguel Angel Aguilar Nov. 11 after he was quoted in a Nov. 5 article in the New York Times about the lack of media independence in Spain. Aguilar was quoted as saying that “...newspapers are in the hands of creditors, and also in those of a government that has helped convince the creditors that the papers should be kept alive rather than just asphyxiated because of their debts.”

The move came after the newspaper came under criticism for changing or removing articles about Qatar even as the parent company of El País was seeking an investment from a Qatari company, the Times said. Also at issue were changes to two other articles about communications company Telefónica, a shareholder in El Pais's parent company Prisa.

In an email to the Times, El País wrote Aguilar was let go because "his contribution to the newspaper" was "incompatible" with a separate publication Aguilar started in September. El País also printed a statement from the Spanish Newspaper Publishers' Association saying the Times' report "doesn't describe the reality" of the Spanish press.

“Working at El País used to be the dream of any Spanish journalist,” Aguilar told the Times. “But now there are people so exasperated that they’re leaving, sometimes even with the feeling that the situation has reached levels of censorship.”

The incident comes after Pedro Ramirez, founding editor of El Mundo, Spain's second largest daily, was fired last year amid declining circulation and conflict with the government over reporting on money laundering by an associate of Spanish Prime Minister Mariano Rajoy.

Rajoy's government has also been criticized for the passage of a new Citizen Safety Law — which critics call the "gag law." The law includes fines of up to $1,000 for publishing unofficial images or videos of public security officials. and allows the police to fine anyone who refuses an order to end a public demonstration.