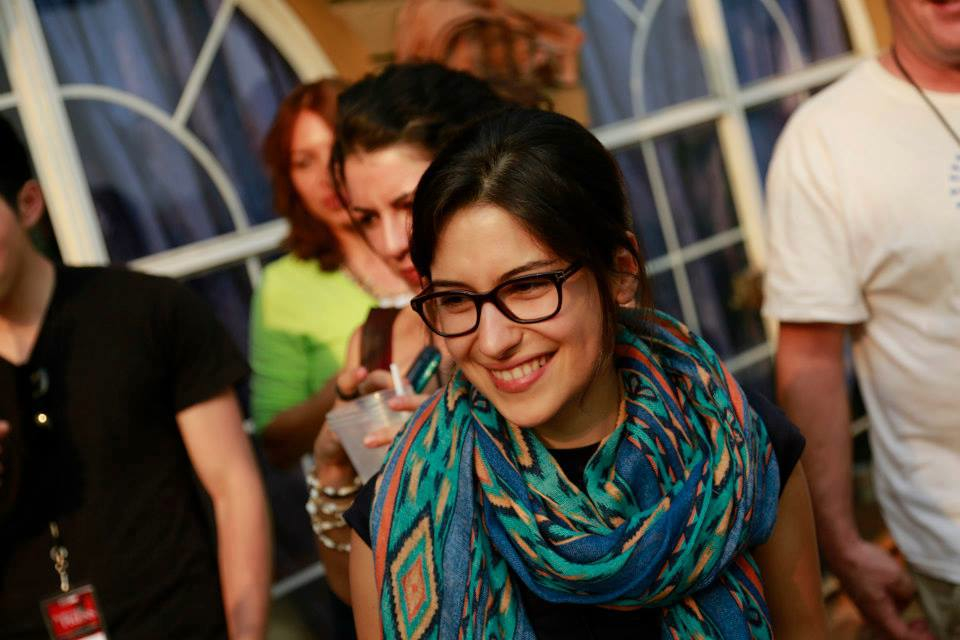 Azerbaijan-born journalist and blogger Arzu Geybullayeva has written for major news outlets like Foreign Policy and al-Jazeera. Yet it's her work for Agos, a Turkish-Armenian newspaper, that has led to threats from her native land.

Azerbaijan and neighboring Armenia do not have diplomatic relations. The former Soviet republics have fought periodic border skirmishes since a 1994 ceasefire suspended a war over Nagorno-Karabakh, a Rhode Island-sized enclave within Azeri borders that is populated mainly by ethnic Armenians.

For the Istanbul-based Geybullayeva, the criticism of her work for Agos began with small Azeri outlets, and spread to Azerbaijan's state-owned media. Eventually Geybullayeva, who frequently blogs about human rights in Azerbaijan, received death threats online. By 2014 she realized it was no longer safe for her to return to her home country.

That year the Azeri government of President Ilham Aliyev unleashed a crackdown on the media. Among other incidents, the government arrested Khadija Ismayilova, an Azeri journalist who investigated corruption in Aliyev's family. Ilgar Nasibov, a journalist and human rights activist, was beaten unconscious in what his wife told local media was likely an attack by Azerbaijan's Interior Ministry. A cartoon circulated on social media showing Geybullayeva in the arms of Armenia's president, with her father's grave in the background.

Global Journalist: How did you know you wouldn't be able to return to Azerbaijan safely?

Global Journalist: When did you start fearing for your life?

Geybullayeva: It was October [2014] when I received my first death threat - he told me [online] about the number of days I had left, he told me the exact location I’d be buried. I obviously realized that going home was out of the question because when you’re labeled a traitor, it’s quite a serious accusation…You realize that once you get labeled and such, it’s not really safe to go back, especially when a lot of people were ending up in prison at the time.

GJ: How long did the threats continue?

Geybullayeva: To be honest with you, some of them I stopped reading. It got to me, psychologically. And to me, what really pissed me off was when it went from being against me to against my family. People started calling my mom a whore, people started calling my father a traitor. When someone calls you a whore or a bitch, or imagines the many ways that want to rape you, that’s one thing, but when this imagination extends to your parents and the things that they imagine doing to your mother, for instance, I really think that’s borderline. At least it was for me.

GJ: Your brother has been threatened due to your work. How has that made you feel?

Geybullayeva: I try not to blame myself for the pressure and the stuff that he had to go through… But of course I do feel the responsibility... I so very clearly remember our conversation when - this was last summer - he called me yet again, and he was yelling on the phone, telling me how sick and tired he is of my writing and my work and then he told me that I should publicly apologize for my mistakes. He called my work a mistake… And it got to me.

But after that, I thought, no. I’m not going to write anything anywhere and to apologize for anything because I haven’t done anything wrong. And if it really does bother him, then I decided to tell him that he should disown me, that he should publicly disown me… And I think that sort of pushed his boundaries to actually realize that I am actually family. GJ: How is it to live in Turkey knowing you can't go back to Azerbaijan?

Geybullayeva: You really start understanding what freedom really is and what it really means in various circumstances. It makes me feel really sad because I cannot travel back to Azerbaijan, because I cannot visit my father’s grave, and I can’t visit my friends, but it definitely gives me the space and opportunity to do the work that I do.

GJ: Why do you still continue the work that you do?

Geybullayeva: I’ve always felt privileged. I’ve had the comfort of life that not everyone in Azerbaijan had… and I feel like I’m returning a favor to my upbringing by trying to tell the stories of those who did not or do not or will not have the same privileges... I sometimes wonder if it actually is making a difference, because to me it’s sometimes feels like it’s actually making matters worse, and more people get arrested, but then I also realize that if we keep silent then it’s even worse.

Already I see that people don’t know much about Azerbaijan. That is despite all the advancing that’s taking place in the sidelines, so what if people like me shut up? What if we stop doing the work that we do? Then what? I think that would not be me doing justice to my peers back home. Because I owe them at least a fight.