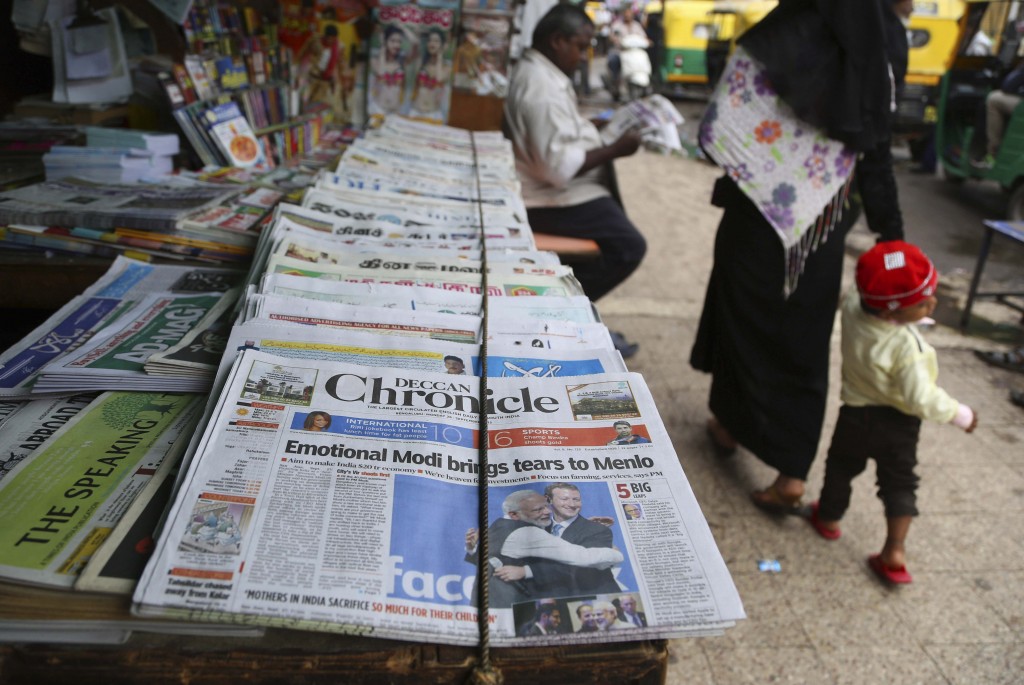 India is the world’s largest democracy, with a population of more than one point two billion people. It’s also an incredibly diverse place where people speak more than one hundred different languages.

The media environment in India reflects its diversity. There are 90,000 different print publications and more than 700 television stations and there is vibrant debate and criticism of government policies.

But on a number of fronts, the freedom of expression and freedom of the press is facing threats in the world’s second most populous country.

Prime Minister Narendra Modi and his Hindu-nationalist party have accused three television companies of violating broadcasting regulations for their reporting on a terrorism case. Books deemed offensive to Hinduism have been pulled from book shelves and authors threatened. Journalists routinely face threats, particularly in the countryside. At least six have been killed this year, according to the International Federation of Journalists.

On this edition of Global Journalist, a look inside India’s ongoing struggle with press freedom, and how things look for the future.