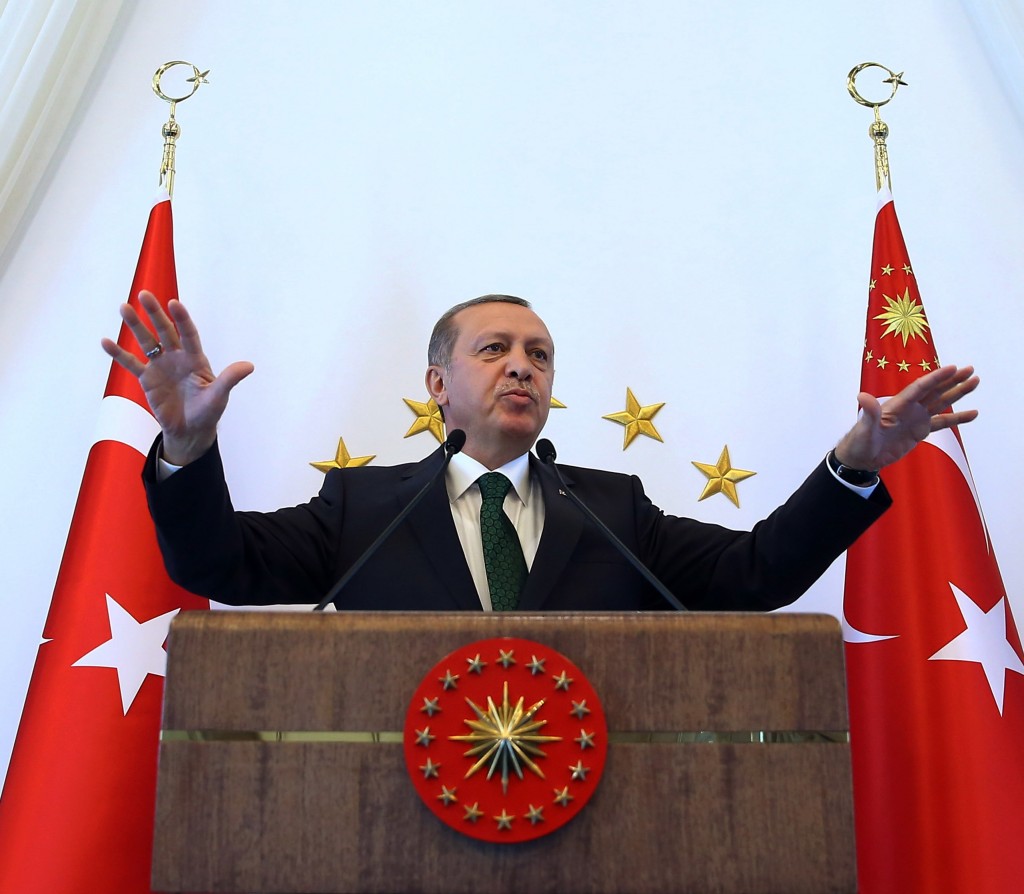 Whatever government is formed after Turkey’s Nov. 1 parliamentary election, it will confront a country in the midst of a political, social and security crisis.

Militants from the Islamic State (ISIS), blamed for a recent bombing in Ankara that killed 102 people at a peace rally, threaten to spread violence north from neighboring Syria. After peace talks with Kurdish guerrillas from the Kurdish Workers' Party (PKK) stalled earlier this year, the Turkish army has launched an offensive against Kurdish militants across southeastern Turkey –and even shelled a U.S.-backed Kurdish group battling ISIS in Syria. An average of five people a day in Turkey have been killed in political violence in recent months, according to a tally by the International Crisis Group.

Perhaps an even thornier problem for a new government is how to reconcile an electorate increasingly divided after a campaign during which the government shuttered opposition media outlets while using state media to pump up support for the ruling AKP party and President Recep Tayyip Erdogan.

"Turkey is already very polarized," says Suat Kiniklioglu, a former AKP member of parliament turned government critic, in an interview. "That polarization you can see in every stage of the campaign and we all look very forward to the end." The election, Turkey's fourth in two years, follows a June vote in which the AKP failed to win a majority in parliament for the first time since 2002.

That result scuttled Erdogan's ambitions to change Turkey's constitution and consolidate more powers in the presidency. Still, with more than 40 percent of the vote in June the AKP remained the largest bloc in parliament. Its inability to form a coalition government with one of the smaller parties led to the current poll.

The vote is widely viewed as a referendum on Erdogan, who has dominated Turkish politics for more than a decade. After serving as prime minister from 2003 to 2014, he took over the presidency last year. Though the position has traditionally been a ceremonial one, he remains the dominant figure in government.

Yet Erdogan's ability to rule is contingent on AKP winning a majority, and recent polling indicates it may fall just short of that goal again. In June, AKP lost out in part because of the rise of the pro-Kurdish People's Democratic Party (HDP). For the first time, the leftist HDP won more than the 10 percent needed to enter parliament, and secured 80 of the body's 550 seats.

Led by a charismatic human rights lawyer named Selahattin Demirtas, the party has managed to shed links to the banned PKK and undercut support for the AKP among Kurds in southeastern Turkey. Meanwhile Demirtas's popularity has rivaled that of Erdogan in opinion polls, a remarkable feat in a country where Turks have long had an uneasy relationship with Kurds.  Germany's Der Spiegel has called him "The Man Who Could Save Turkish Democracy."

"People feel close to him," says Pinar Tremblay, a columnist for Al-Monitor's Turkey Pulse, in an interview. "Even ultra-nationalists look at him as somebody they can talk to."

Talking to the opposition may be what Erdogan and Prime Minister Ahmet Davutoğlu need to do if the AKP again fails to win a majority. Yet that task will be increasingly difficult after a bitter campaign and given Erodgan's frequent efforts to use the security forces and the judiciary to silence his critics. On Oct. 28, Turkish police raided and closed two television stations owned by a company affiliated with the U.S.-based opposition cleric Fethullah Gülen. That comes after news coverage and social media discussion of the bombing of a peace march in Ankara earlier this month was censored.

Just as worrying, opposition television channels have been dropped from some cable service and may be booted by the state-owned satellite television provider, according to Kiniklioglu, who is now a political columnist for the opposition newspaper Today's Zaman. At times, the crackdown has looked petty. According to a BBC report, 236 people were investigated for the crime of "insulting the president" during the first seven months of his tenure, with nearly half of those facing indictment.

The moves have raised fears that Turkey is drifting towards the kind of repression seen in neighboring states. "Other Middle Eastern countries are getting away with it so [they] are thinking why can't we get away with it," says Tremblay, in an interview. She added:  "If you are not AKP media, you are to be silenced."

A new coalition government could restore faith in Turkish democracy and allow for the restart of peace talks with the PKK. The "elections are going to be very crucial in terms of creating a politically conducive environment for the peace process to continue," says Berkay Mandiraci, a researcher in International Crisis Group's Istanbul office. "This should be the main aim for Turkey if it is to advance."

Should the AKP again fail to win a majority, it will then fall to Erdogan and his allies to either form a coalition government with one of the smaller parties or risk continuing instability. "The electorate wants to see a coalition government rather than a single-party government," says Kiniklioglu. Whether Turkey's political leaders want the same thing remains to be seen.

with reporting by Kolbie Satterfield and Nicole Osuna